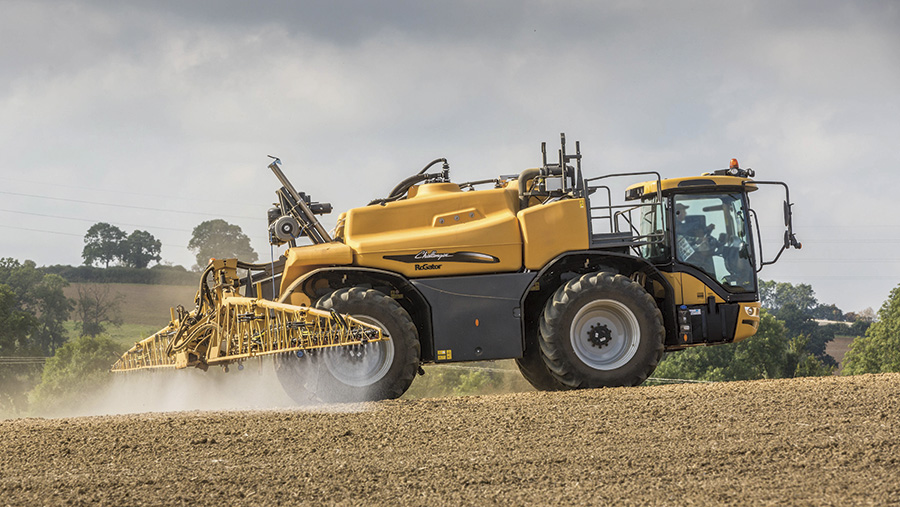 After five years of putting both cultural and chemical methods into practice, agronomy company Hutchinsons is now in far more control of the grassweed situation than it was when it first took on the trials site.

Blackgrass numbers have fallen by more than 90% at the site near Huntingdon.

A continuing move to spring cropping has been a key component in this successful control strategy, with spring barley becoming the dominant spring crop for its greater competitive effect against the invasive grassweed.

At the same time, second wheats have been replaced by hybrid winter barley, spring wheat is also being grown in lower pressure areas and alternative cultivation and soil management strategies have been put in place.

The result of all this hard work?

A 93% reduction in blackgrass, or a fall from 750 to 52 plants/sq m, putting Hutchinsons back in control after weed seeds and resistant plants were taken out.

As David Ellerton, the firm’s technical development director explains, wheat yields had fallen to just 1.5t/ha when the company began its investigations at Brampton in 2010, with blackgrass levels being extremely high and the population having confirmed herbicide resistance.

“The blackgrass pressure was so huge that it was starting to pull the crop down. So a complete rethink was needed.

“Any herbicides used were just being swamped by very high numbers of blackgrass plants,” he recalls.

“The most control we could achieve was 30% and Atlantis did absolutely nothing – the weeds just shrugged it off.”

Having reviewed the situation, spring wheat was drilled in the following year, with spring barley being planted in the year after that.

In 2014, the site was down to winter oilseed rape, so different chemistry could be employed, with winter wheat only returning in autumn 2015.

“This current crop of JB Diego was drilled on 23 October at a seed rate of 400 seeds/sq m, so we had been able to get two kills of successive blackgrass flushes before then,” reports Dr Ellerton.

Pre-emergence Avadex granules were applied, followed by Liberator, as the standard farm programme.

“Over the years, we’ve learned that flufenacet works well on this site, where as pendimethalin is not effective here.

“Of course, not every farm responds in the same way.”

This programme reduced the number of blackgrass heads/sq m from 790 to 49, which Dr Ellerton points out is not the 97-98% control required.

As a result, four different pre-emergence treatments and timings are also being investigated this year, as are different adjuvants and potential new herbicide products, which are still awaiting approval, to see if this can be improved.

“We’ve seen the positive effect of using one and a half doses of flufenacet, by applying 0.6 litres/ha of Liberator followed by 0.5 litres/ha of Vigon, as the amount of blackgrass fell from 49 to 6 heads/sq m,” he reveals.

“There’s also been a difference with adjuvant use.

“While the methylated seed oil Phase reduced blackgrass from 49 to 40 heads/sq m, where we used residual-specific Bite instead we saw that fall further, from 49 to 18 heads/sq m.

“It seems that the extra silicon and petroleum oil in this product has a positive effect on herbicide performance.”

“Applied 10 days after drilling, along with Vigon, it has worked very well, bringing numbers down to just 3 heads/sq m.”

However, the product won’t be approved for this coming autumn.

Basf also has a new herbicide in the wings, reveals Dr Ellerton.

“It contains flufenacet + picolinafen, so it’s another flufenacet co-formulation. Again, it isn’t approved yet, but it looks helpful.”

Prosulfocarb has also shown to be useful.

“Adding it at 2 litres/ha to the Liberator left just 10 heads/sq m. Flupyrsulfuron used instead reduced this number to 26 heads/sq m.”

Spring barley should be the spring crop of choice where blackgrass numbers are high, stresses Matt Ward.

“It’s not too flippant to say that spring barley is the future of growing wheat in such circumstances,” he says.

That’s mainly because it offers an average 88% reduction in blackgrass numbers, worth an extra £60/ha, which is twice the decline from either hybrid barley or second wheat, he points out.

Liberator and Crystal can be used on the crop, he confirms.

“The maximum is 0.3 litres/ha of Liberator and 2 litres/ha of Crystal. They can be stacked, or follow each other, so where blackgrass germinates in the spring, there are solutions.”