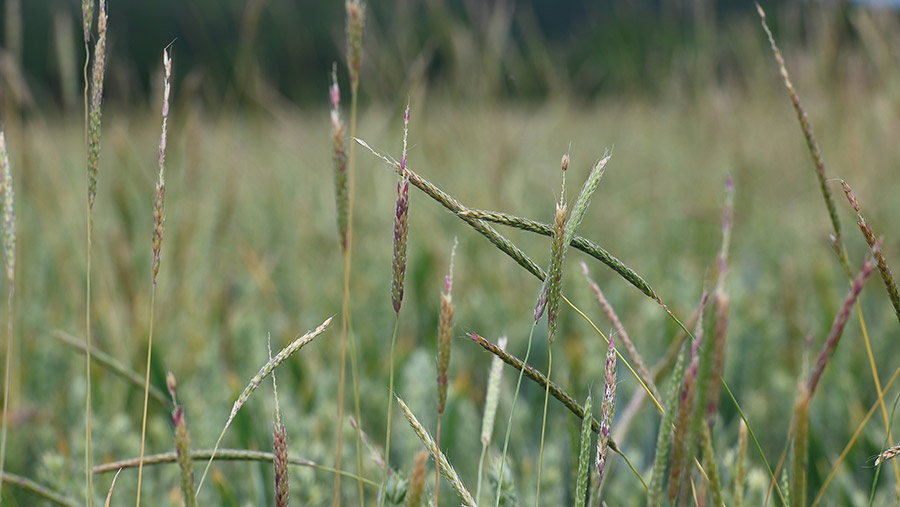 A sequenced herbicide strategy will be key to controlling blackgrass this season as tests show a high dormancy rate for blackgrass seed of more than 80%, meaning a protracted period of weed emergence.

So rather than blackgrass rapidly emerging, a greater proportion of seeds will emerge later in wheat crops after they have been drilled, which will inevitably put more pressure on residual herbicides, which sit in the top layer of the seed-bed and act on freshly emerged weeds.

Georgina Wood, technical manager at agrochemicals firm Syngenta, offers growers advice on how to adapt their weed strategies to give good control this autumn.

Miss Wood advises growers to use a sequenced herbicide approach of pre- and post- emergence applications to take out successive flushes of blackgrass, rather than a single spray mix or “stack” of herbicides.

Trials at the company’s Barton Blackgrass Innovation Centre, near Cambridge, show that in a high-dormancy season, the sequenced strategy gives a prolonged residual benefit from the same herbicide spend, compared to a pre-emergence treatment alone.

“This will be especially important in earlier-drilled crops, which will likely have higher populations due to a lack of time for the optimum stale seed-bed preparations,” she says.

However, she points out that very late-drilled crops are less suited to the sequenced approach, as weather conditions later in the season may make travelling on land an issue.

In this situation, later-drilled crops would be best covered by a single pre-emergence application, applied as soon as possible after drilling.

A herbicide programme based on 240g/ha of flufenacet with three to four litres/ha of prosulfocarb (Defy) in the pre-emergence spray, followed by a residual top-up about three weeks later at early post-emergence is recommended by Miss Wood. 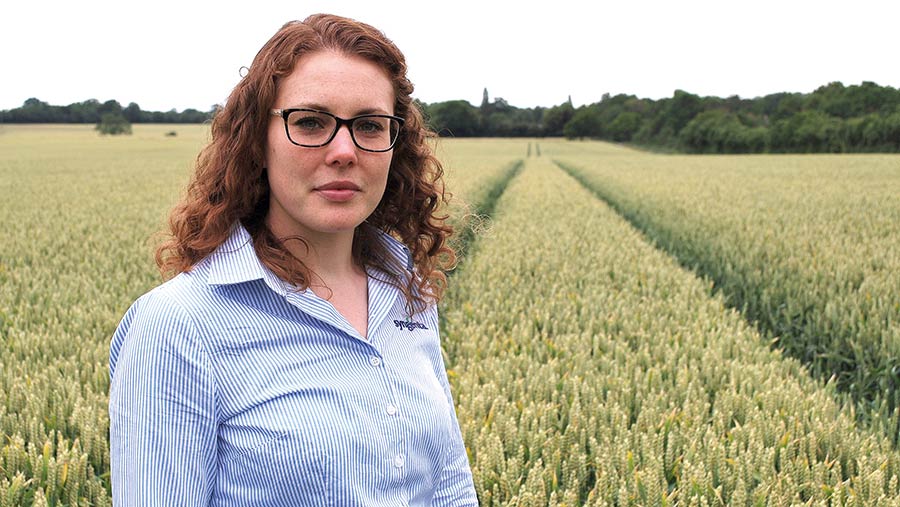 “If Defy is not included in the pre-emergence treatment, then it is flexible and can also be safely used during early post-emergence,” she says.

The effectiveness of residual herbicides depend on a range of factors, such as soil moisture, which makes timing crucial to deliver optimal efficacy.

This is why Miss Wood advises pre-emergence sprays to be applied as soon as possible after drilling, as adequate soil moisture and good seed-bed conditions are critical for residual herbicides to work.

Growers should also focus on avoiding spray drift, with the use of low-drift nozzles, 200 litres/ha water volume and a boom height of 50cm to maximise efficacy.

­She also suggests the rates of any post-emergence treatment to be adjusted to suit the season, as lush crops that have not been frost hardened are more susceptible to crop damage.

Cultural control of weeds in the seed-bed is a top priority, especially as ample moisture and warm soils have created good conditions for weed emergence.

“With high rates of dormancy, every week that goes by more seeds will be triggered to germinate, especially in such ideal conditions,” says Miss Wood.

She highlights the value of a light stubble surface scratch cultivation to enhance seed-to-soil contact and increase weed seed germination, as well as the benefits of delaying drilling to enable more seed to break dormancy.

“For an optimal stubble clean-up, it’s essential to retain blackgrass seeds as close to the soil surface as possible. Otherwise, this risks the seed being forced in to a secondary dormancy, where they can appear later in the season,” she says.