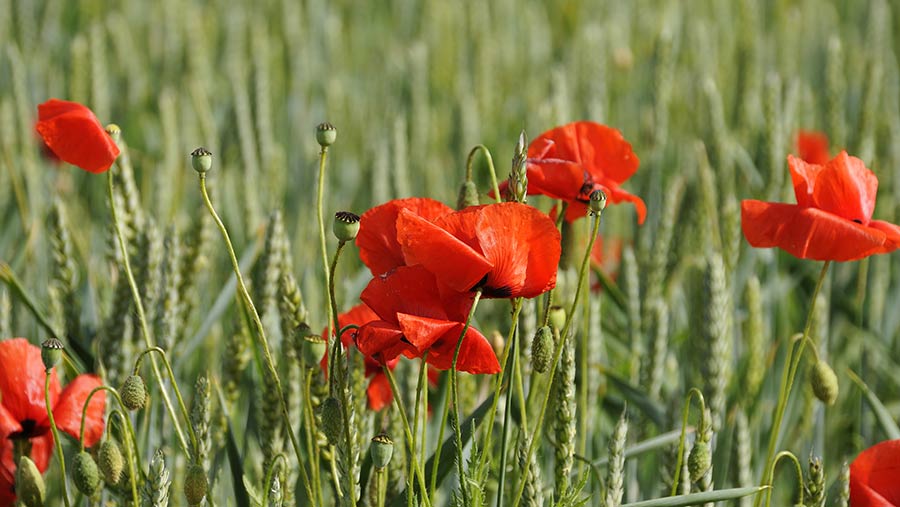 Dow AgroSciences is set the launch its second herbicide in 2017 based, on its new arylex active ingredient, with a wide 10-month spray window.

Earlier this year, the maker of Kerb and Starane launched the first new herbicide for 20 years to control broad-leaved weeds in cereals called Pixxaro  based on its arylex molecule as part of a promised string of new products.

Alex Nichols, the group’s cereal herbicide product manager, says the new product with a different mode of action to other herbicides controls weeds irrespective of temperature and has no carryover issues to restrict following cropping.

“At a time when there does not seem to be much new chemistry, it is great to have some new tools to control weeds,” he says.

The first product Pixxaro can be used for spring applications on virtually all cereals, and contains the new synthetic auxin active halauxifen-methyl, referred to under the brand arylex active, with fluroxypyr added from the group’s Starane product.

These two contact-acting herbicides together give good control of weeds such as poppies, fumitory, fat hen, cleavers and chickweed and the product costs about £15-£20/ha.

At a time when there does not seem to be much new chemistry, it is great to have some new tools to control weeds.
Alex Nichols

Next year’s new product will contain arylex plus another Dow ingredient and can be used in a very wide spray window from 1 September to 30 June, and can be added to most grassweed herbicides.

“On large farms the ability to have extra spray days will be very useful,” adds Dr Nichols.

In addition, the US-based agrochemicals group has a new insecticide active with a unique mode of action for use against cereal aphids which it also hopes to launch in 2017.

The active ingredient sulfoxaflor, known as isoclast active by Dow, is planned for use to control barley yellow dwarf virus-carrying aphids in the autumn and sap-sucking aphids in the summer.

The group also hopes to launch a new cereal fungicide by 2019 with a different mode of action to current azoles, SDHIs and strobilurins which could potentially help counter fungicide resistance to cereal diseases.