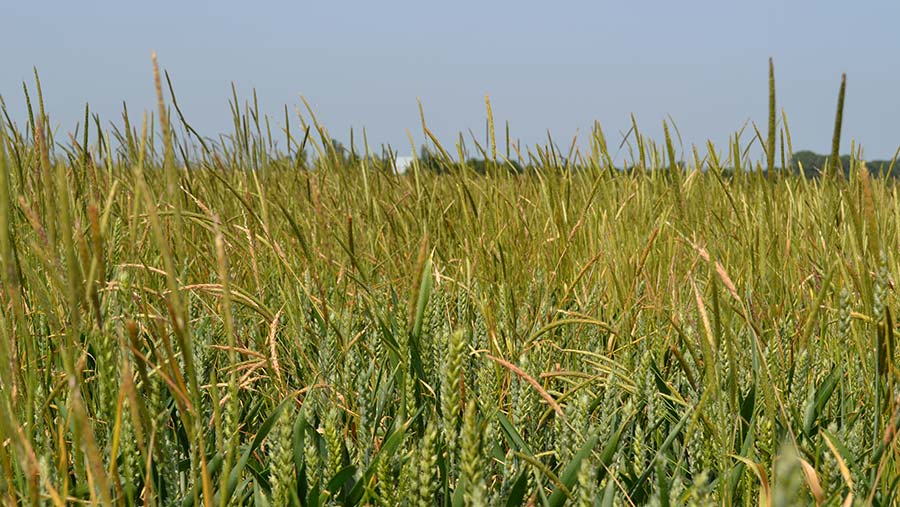 Agrochemical giant Bayer is set to launch a new pre-emergence herbicide in autumn 2019 that will give 10% better control of blackgrass in winter wheat than the group’s main grassweed killer.

It will improve control of the arable industry’s most damaging weed, blackgrass, by adding metribuzin to the group’s well-established diflufenican + flufenacet residual product, Liberator.

Ben Coombs, the company’s herbicide specialist, said the better control comes from adding a third residual, metribuzin, and will be available next autumn provided it receives regulatory approval

“The new herbicide will give abount 10% better control of blackgrass and should be available for autumn 2019,” he told Farmers Weekly at the Cereals 2018 event, held at Chrishall Grange in Cambridgeshire.

The group’s key pre-emergence herbicide, Liberator, gives 50-80% control of blackgrass, so the new product will improve on that and so boost wheat yields while also cutting the blackgrass seed returned to the field.

“This will be good for blackgrass control, good for yields and good for the following year’s crop,” he added.

Mr Coombs emphasised that herbicide regimes should be used in conjunction with cultural methods such as spring cropping, stale seed-beds and delayed drilling to give the 95%-plus control of blackgrass needed before growers will see a real improvement in weed burdens.

He added that growers should not become complacent after a generally good season for blackgrass control. Last autumn’s pre-emergence herbicides worked well and the cold winter weather saw blackgrass struggle in the spring to shake off the effects of pre-emergence sprays.

Further ahead, the group hopes to launch an additional pre-emergence herbicide in autumn 2020 with a different third active added to Liberator,. This is said to give 10-15% better control of blackgrass than Liberator.

Bayer completed the acquisition of Monsanto last week for $63bn, making it by far the world’s biggest agrochemical and seed supplier and giving it control of Monsanto’s Dekalb oilseed rape varieties and its Roundup herbicide.