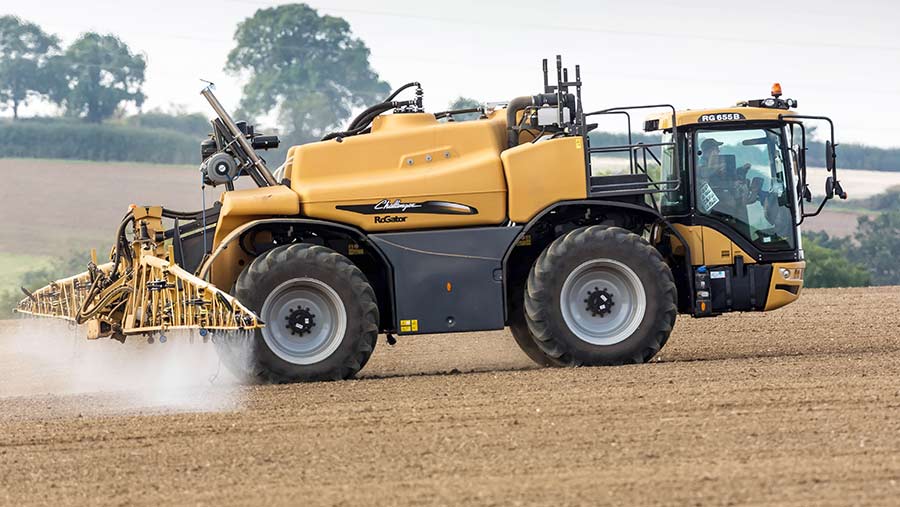 Controlling weeds in oilseed rape is vital for successful establishment, as the seedlings are vulnerable to competition from vigorous weeds.

This is especially the case in a dry autumn when crops are slower to establish, with weeds robbing rapeseed seedlings of space and nutrients.

Here two agronomists in different parts of the UK outline their weed control strategies in this key break crop.

View from the South

For Steve Cook, there are plenty of cultural and chemical options for managing weeds in oilseed rape and a flexible strategy is key to using them appropriately and cost-effectively.

Applying an integrated approach, growers should firstly be thinking about how they can get plants up and away, with a healthy crop the best weed suppressor of all.

Adjusting rotation to get an early harvested crop in front of the rapeseed – such as winter barley or hybrid rye for anaerobic digestion – will help, allowing the use of a stale seed-bed to kill a flush of weeds, plus the application of organic manures and early drilling.

Direct or low-disturbance drilling will also lower the weed burden before any herbicides are even considered, by encouraging less seed to germinate with the crop.

Once seed is in the ground, Mr Cook believes growers should always be prepared to use a pre-emergence herbicide, despite flea beetle, slugs and lack of moisture threatening successful establishment.

Decisions should be taken on a field-by-field basis, assessing weed spectrum and choosing the product accordingly.

For some weeds, Mr Cook says only metazachlor will offer early control, including some activity on blackgrass, poppies, fat hen, mayweeds and shepherd’s purse.

Where a high cleaver burden is present, clomazone should also be considered as a pre-emergence option.

“Cleavers can be a real nightmare and options after that are limited after [clomazone]. Galera can be used in the spring, but by that time they are usually too big to be stopped,” adds Mr Cook.

For those opting for a single post-emergence hit for broad-leaved weed control ahead of graminicide applications, metazachlor-based products can be applied up the seven or nine true leaf stage, depending on product label.

Mr Cook has also had good results with Ralos, which can be applied at pre- and post-emergence from expanded cotyledon stage up to 3-leaf stage, or before the end of September.

Programmes can then be finished off with Centurion Max in high blackgrass situations, followed by Kerb or AstroKerb for the final blow to grassweeds, plus some additional broad-leaved weed control.

“It is a concern how much pressure we are putting on these later products in some situations, so the more that can be done earlier the better.

“Although you need a lot of weeds to hit oilseed rape yield, keeping them down will help keep the combine running and growers are also used to clean fields now too,” adds Mr Cook.

View from the North

“Start with a clean slate,” is the overriding message for oilseed rape growers from Perth-based SAC Consulting agronomist Peter Lindsay, and how that weed-free clean slate is achieved will depend on the establishment system.

Some growers in the North still choose a deep cultivation or plough ahead of establishing rapeseed, but many have switched to direct or low-disturbance drilling to save time and cost.

In these situations, it is possible to use a hit of glyphosate ahead of harvest in the previous winter barley crop and/or clean up dirty stubbles before drilling oilseed rape.

Weed burden should then be low and this strategy can be enough to see growers through to propyzamide applications later in the autumn, providing a very cost-effective start to the weed programme.

There is one caveat, however, with Mr Lindsay mindful of volunteer cereals, which as combines become wider are becoming more densely concentrated in lines across the field, as the larger volumes of straw and chaff are more difficult to spread.

“Good chaff spreaders on the combine help, but if volunteers are not controlled with a graminicide [for example, Falcon or Laser] quickly in a separate pass, the volunteers can out-compete the oilseed rape and result in a gappy crop that allows problem weeds like chickweed to establish and take off.”

Where growers are cultivating or ploughing and a larger flush of weeds is encouraged, Mr Lindsay advocates using a pre- or early post-emergence treatment.

These will be based on metazachlor and quinmerac or clomazone, depending on the farmer’s nerve.

Clomazone can cause bleaching of the crop as it comes through the ground, so despite being an effective option, some will prefer to use metazachlor-based sprays for less visible crop effect.

With less pressure on crops from flea beetle, growers in Scotland can be more confident the investment in a pre-emergence will pay, but keeping other pests at bay such as slugs and pigeons is crucial to ensure growers get a return.

“Anything that gets the crop off to a good start is key and in terms of weed control, you always end up spending more on a poor crop than a good one because of the shading effect,” adds Mr Lindsay.

Despite being more expensive to grow than his conventional oilseed rape crops, one West Midlands grower believes the extra investment in Clearfield varieties will pay in the long term with better weed control.

Adrian Joynt, farm manager at the Apley Estate, situated between Telford and Bridgnorth, oversees 972ha of which 526ha are combinable crops.

When the Allscott sugar factory closed in 2005 the farm needed to find a break crop to replace beet in the rotation and being the most profitable alternative, oilseed rape was the logical choice.

Since being introduced, however, brassica weeds charlock and hedge mustard have built on parts of the farm, as they are difficult to control in oilseed rape. Only Fox offers a post-emergence chemical option.

Unhappy with relying on inconsistent control from Fox, Mr Joynt decided to try two Clearfield varieties – Imperial and Veritas – in autumn 2016 across problem fields. Both are tolerant to the ALS (acetolactate synthase)-inhibiting active ingredient imazamox. 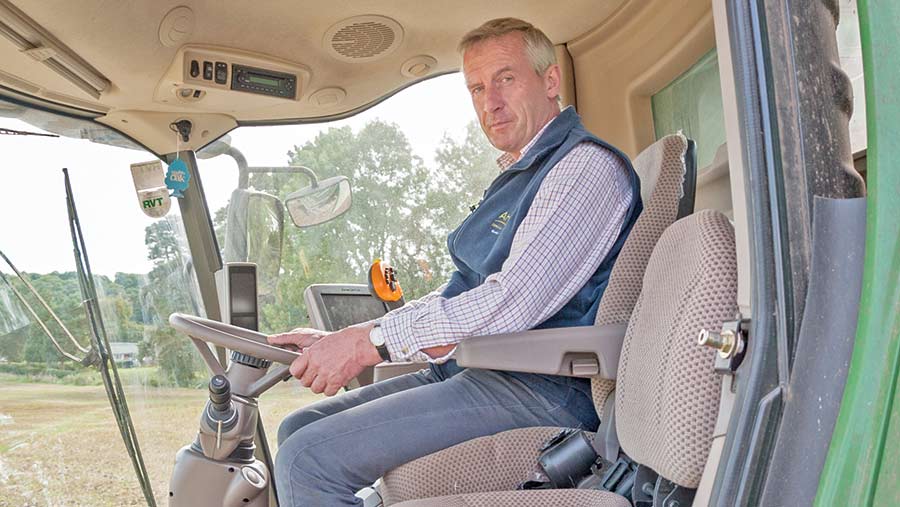 Now in the second year, he has been very happy with the results, despite the extra combined costs of seed and herbicide sprays (see table).

“We are now using a low dose of metazachlor at pre-emergence as a holding spray and go in with an application of Cleravo at the 4-leaf stage of the crop in October, waiting for as big a flush as possible,” explains Mr Joynt.

This is then followed up with a Kerb application for grassweed control, tidying up the brome and wild oats which can also be problematic.

A conventional variety with a full autumn herbicide programme, including Fox, is £22/ha cheaper than using the

Clearfield system and a non-Clearfield hybrid variety with a full autumn herbicide programme is only £4/ha cheaper, and with “fantastic” control of brassica weeds, Mr Joynt says the extra cost is negligible.

“You get less yield effect from the weeds and less risk of erucic acid exceedances. That £22 saving [using conventional varieties] doesn’t go very far if you start getting rejected loads.

“You have to look at it across the rotation and without doubt [Clearfield] is helping to reduce the [brassica weed] burden. Yields have also been comparable to conventional varieties.”

Mr Joynt adds that concerns over Clearfield volunteer control were soon dispelled, with no problems so far in the following cereal crops.

“We are using DFF (diflufenican) in the autumn in our cereals and we also have the older hormone chemistry like MCPA and CMPP to fall back on too.”