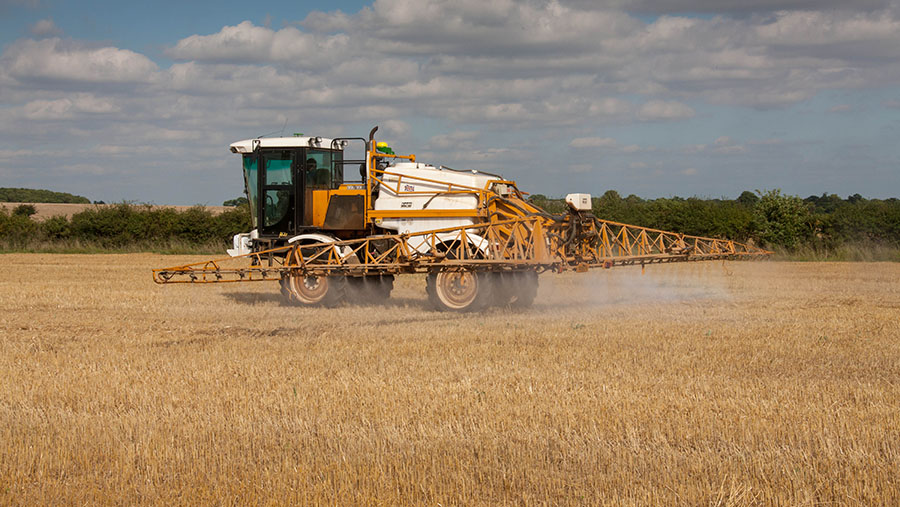 An alliance of chemical firms has published thousands of scientific studies online to support its application for the EU licence renewal of glyphosate, which is due to expire in December 2022.

The dossier contains approximately 1,500 scientific studies – out of which more than 100 were carried out since 2018 – together with supplemental data and information related to biodiversity, residue exposure and the societal and agronomic benefits of glyphosate.

Bayer, as a member of the European Glyphosate Renewal Group (GRG), submitted the 2020 glyphosate dossier to the Assessment Group on Glyphosate (AGG) on 8 June, which officially started the process to renew the current approval of glyphosate in the EU from 15 December 2022 and beyond.

On 18 August, the AGG informed the group that the dossier is complete and admissible, marking an important milestone in the renewal process.

Over the next 11 months, the AGG will carry out a full scientific review and assessment of the dossier.

Bayer says the dossier provides a “strong, science-based rationale to support the renewal of the approval of glyphosate”.

A draft assessment report is scheduled to be completed by June 2021, after which a period of public comment is opened. The report will then be sent to the EU food safety watchdog, the European Food Safety Authority (Efsa) and the other EU member states for peer review.

Afterwards, Efsa will publish its conclusions. Based on this, the European Commission will prepare a proposal that representatives from each member state will vote on in late 2022. By then, the UK will have left the EU, but agricultural trading arrangements and pesticides rules mean the UK government will likely have to conform to regulatory rules at that time.

A Bayer spokesman said: “We will continue to engage with policymakers and other important stakeholders in transparent dialogue about the safety of glyphosate, as well as its importance to sustainable global food production and trade.”

Roundup users have blamed the weedkiller for causing their non-Hodgkin’s lymphoma and other cancers. But Bayer has strongly denied the claims and repeatedly defended the product’s 40-year safety record.

* More information on glyphosate, its benefits, safety and uses, including updated information on the regulatory process is available at www.glyphosate.eu and www.cropscience.bayer.com/glyphosateEU.

What is glyphosate?
Glyphosate, or N-(phosphonomethyl)glycine, is one of the world’s most widely used broad-spectrum herbicides and accounts for about 25% of the global herbicide market. It was first introduced in 1974 under the trade name “Roundup” and has since been marketed as the active ingredient in hundreds of plant protection products around the world.

Why is there a need for glyphosate?
By using glyphosate for weed control, farmers in Europe have been able to forgo or significantly reduce traditional ploughing methods. If farmers are forced to fall back on ploughing for weed control, carbon dioxide emissions and fossil fuel consumption in Europe are predicted to more than double, while soil erosion could increase six times over.

What are the benefits for farmers to use glyphosate herbicides?
Unlike several other herbicides which act on certain type of weeds, glyphosate is effective on all weeds, providing broad-spectrum control. Applying glyphosate before the new crop is planted has the potential to produce 30-60% higher harvests for many of Europe’s major crops, depending on the weed population and other conditions.

Are there ecological benefits to use glyphosate?
By controlling a broad spectrum of weeds and their entire root systems, glyphosate has eliminated or reduced the need for ploughing the soils. These reduced tillage practices allow farmers to plant crop seeds directly into stubble fields.

Does glyphosate pose risks to human health?
Leading health authorities in Australia, Canada, the EU, Japan, New Zealand, South Korea, the United States and elsewhere around the world continue to conclude that glyphosate-based products are safe when used as directed. Glyphosate-based herbicides have been used safely and successfully for more than 40 years and are among the most thoroughly studied products of their kind.

Does glyphosate pose risks to bees?
Glyphosate has been extensively tested in the laboratory and in the field to evaluate potential toxicity to honeybees. This extensive testing has found that glyphosate products pose no acute or chronic adverse effects to honeybees.