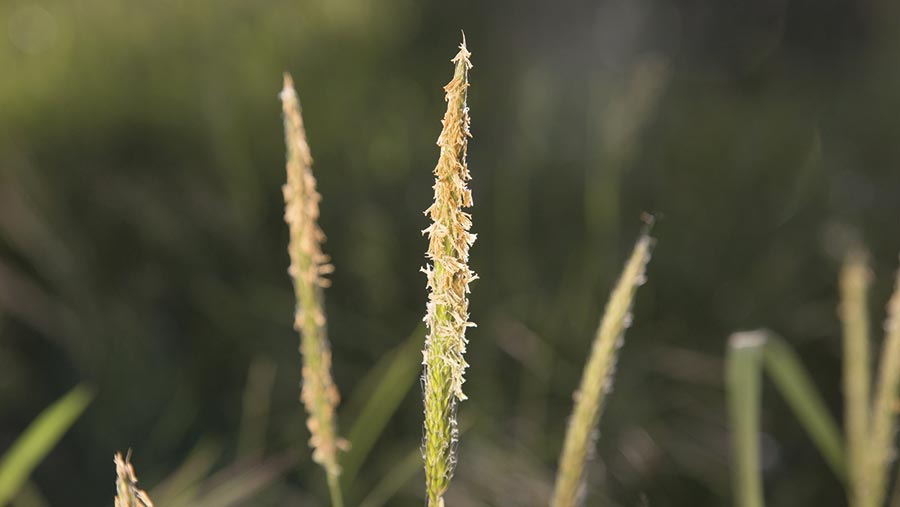 Blackgrass has an uncanny ability to adapt to the cultural and chemical control measures thrown at it by growers. Here, a Nuffield scholar explains his concept aimed at catching the weed off guard.

While spring crops have an important role to play in reducing blackgrass, growers must also remain open-minded to the role of more radical rotations and mixing up cultivation methods, believes a Nuffield scholar.

Due to its highly selective nature and ability to cope with changes in farming technique, blackgrass can adapt to both chemistry and the use of cultural control methods, which is why it continues to spread, says agronomist Ben Taylor-Davies, who has recently completed his Nuffield report.

As a result, alternative solutions which manipulate blackgrass, using crop blocks overlaid with cultivations, should be implemented so that the weed population is encouraged to grow before radical changes are made to its environment, he explains.

“Adopting a similar growing system for several years, then switching to a completely different system, is the basis for this idea,” he says.

Mr Taylor-Davies is proposing a system (see panel) that uses an understanding of the blackgrass plant and works with nature, rather than against it, to manage the weed and control it.

“As the blackgrass issue has worsened and resistance to herbicides has developed, growers have been encouraged to introduce spring cropping, especially where they have high weed numbers,” he says.

“The rationale behind this is that their traditional autumn-drilled rotations have selected for a very narrow blackgrass germination window, with about 80% of the weeds emerging in the autumn with the crop.”

For this reason, the first spring crop will do a great job at reducing blackgrass numbers, as there will be plenty of opportunity to control successive weed flushes ahead of drilling, he adds. 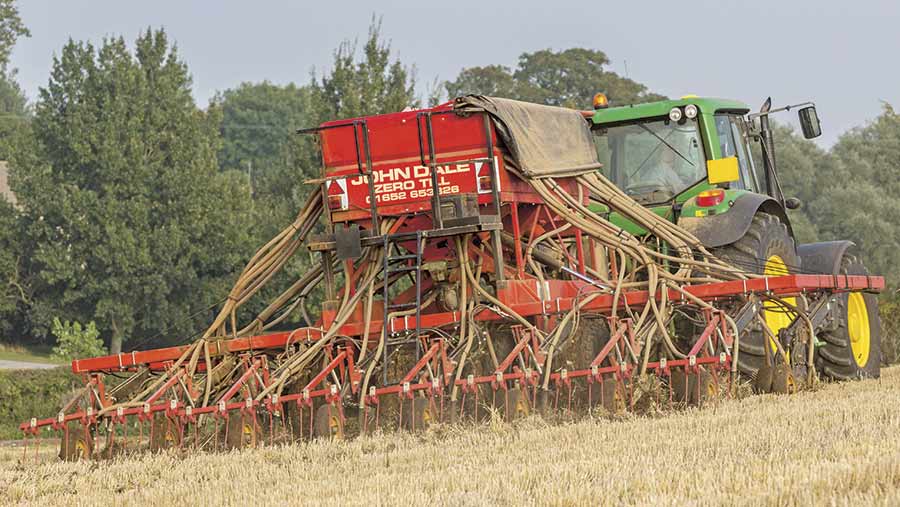 “Often, there have been other cultural changes made as well, such as a move to no-till and the use of later drilling dates. These things all help in the first few years, until the blackgrass starts to self-select and adapt to its new growing conditions.”

“Before too long, it can develop the ability to germinate for ten months of the year.”

Once this has happened, it is very difficult to achieve good results, as the control methods select for adapted weeds, he points out.

“This has even occurred on organic farms, where weed surfers were used to cut off blackgrass heads above the crop before they mature.

“It only took three years for the blackgrass population to become shorter than the crop of clover it was growing in, rendering the weed surfer ineffective.”

The sheer number of seeds produced each year by blackgrass means that it has the genetic diversity to change rapidly, which is why it is overcoming the various combinations of control methods that growers are using, he warns.

Manipulating blackgrass is a better approach, suggest Mr Taylor-Davies, as it allows the artificial selection of the weed population for the farmer’s benefit. 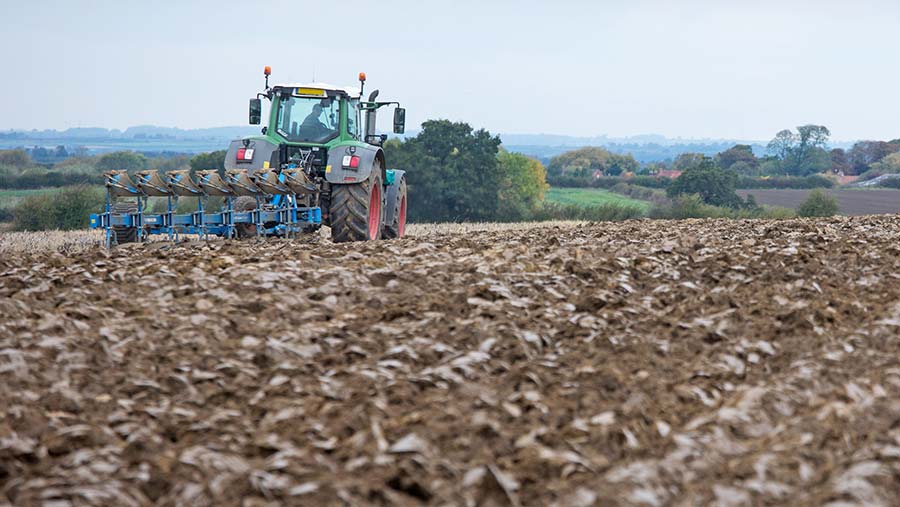 To do this, growers have to use blocks of crop timing and cultivations, building up a selection of weed numbers before neutralising them and starting again.

“By using blocks of spring crops, perhaps for five successive years, before reverting to a block of winter crops, they are manipulating the weed into adapting to its surroundings. As soon as numbers start to increase, the system changes again.”

“This means you are attacking the blackgrass in two ways – by crop timing and by cultivations.”

The proposed crop blocks are for five years, which he recognises might cause some growers to think again.

“Five years of spring cropping can be a stumbling block,” he acknowledges. “But double spring breaks are already being used on some farms, so having five spring crops in a fifteen-year rotation isn’t too far away from current practice.”

Mechanical weeding has a place in the minimum cultivation block years, as it is the only way to remove any herbicide resistant weed survivors and prevent glyphosate resistance.

“It also disturbs the seed-bed, which helps to bring in other selection pressures and keep the blackgrass guessing.” 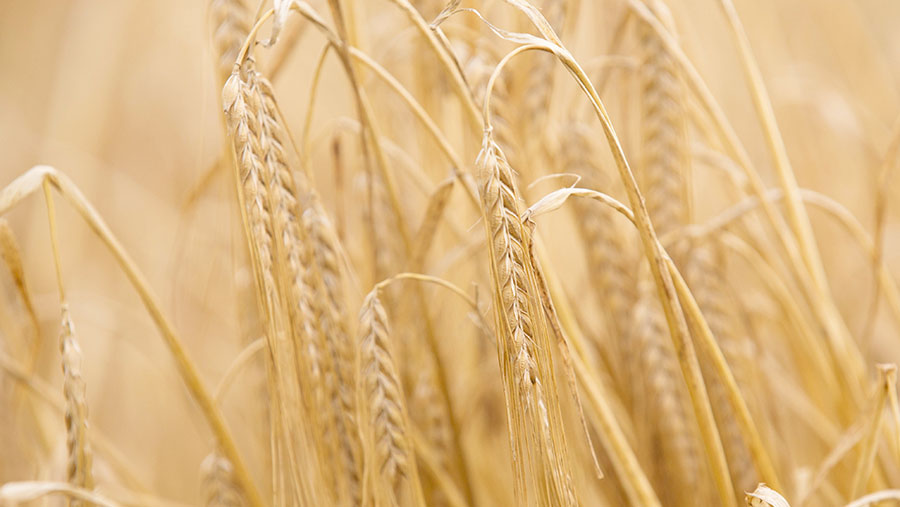 The so-called BEN system provides an alternative answer to the blackgrass problem. Its name comes from the three distinct phases that have to be implemented.

B – Block rotation and cultivation (put crops into blocks)

N – Neutralise the system (by changing things around)

As Ben Taylor-Davies explains, the first five years are planted in a simple winter wheat and winter oat Block rotation, or any crops with similar drilling dates (late October) and established with a direct drill.

Neutralisation comes in year six, when the field is winter ploughed so that all the weed seed is buried. It is then drilled for another Block of five years with a spring cropping rotation.

Enhancement of the blackgrass will shift it to spring germinating, while the undisturbed soil remains.

Neutralisation then comes again in year 11, when the cropping is Blocked for another five years. This time, selection for early germinating blackgrass is Enhanced by planting winter oilseed rape and September-drilled winter barley.

At this stage, surface cultivation and stubble rakes are used, removing herbicide resistant blackgrass and selecting away from blackgrass that likes undisturbed soils to those that thrive in disturbed soils. Inter-row cultivations can also be used to give more disturbance in the seed-bed and allow for different selection pressures.