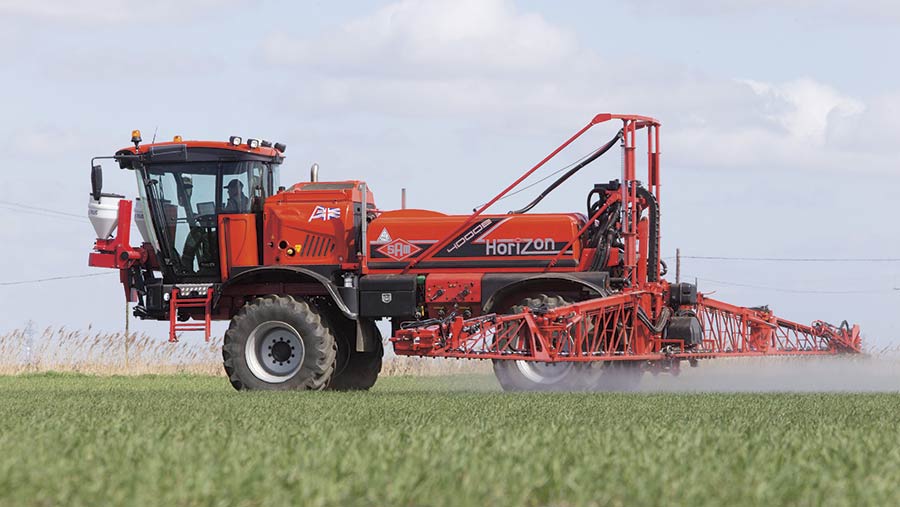 The arrival of several new herbicides for use in the spring gives wheat growers greater flexibility with the control of surviving grass weeds this year and allows a more targeted approach.

Monolith from Bayer and Cintac from Life Scientific join the established herbicide choices, such as Dow’s Broadway Star, in the line-up of products which can be used on winter wheat at this timing.

Better performance on blackgrass than predecessor Atlantis is the claim being made about Monolith, which has given an average of 10% more control of the troublesome weed in Bayer’s trials.

See also: How to prevent glyphosate resistance in blackgrass

It also controls other grassweeds, including brome, ryegrass and wild oats, and can be applied from 1 February until second node detectable, or pre growth stage 33.

“With Monolith, growers aren’t paying for unnecessary broad-leaved weed control,” says Ben Giles of Bayer. “It’s stronger on blackgrass than Pacifica and it’s better on brome than its competitors. So it’s a step on.”

Taking out iodosulfuron and including propoxycarbazone doesn’t mean that its use comes with a long list of following crop restrictions – something that users of Attribute did have to contend with, he acknowledges.

“You can grow oilseed rape after Monolith if you use deep cultivations, for example, so it offers more leeway. There are also a couple of sulfonylureas on the approved tank mix list, should you need broad-leaved weed control, with many more in the system.”

Cintac, a post-emergence spring-applied herbicide for controlling both grass and broad-leaved weeds in winter wheat, is being marketed by Life Scientific as an exact copy of Pacifica.

With a slightly higher iododsulfuron content than its stablemate and Atlantis copy Niantic, it comes with a choice of two rates according to target weeds and can be used up to growth stage 39.

As with other acetolactate synthase (ALS) inhibitor blackgrass herbicides, Cintac should always be used as part of a programme with residual herbicides and with an approved adjuvant.

If blackgrass is driving the spray decision, there’s good reason to question the use of a spring application, says John Cussans, weed biology specialist with Niab tag, especially where a high level of resistance has been confirmed in the weed population.

“Unfortunately, using an ALS herbicide won’t make a difference. In this situation, you have to ask whether it’s a level of control worth having.”

Cleaning up a few grassweed survivors is a very different job to fire-fighting, he points out.

“If you’ve still got a lot of blackgrass in the spring, you should be asking whether its worth continuing with the crop. It might be better to write if off now, before you spend any more on it.”

There is, however, a good case for spraying where other grassweeds are present, as bromes and wild oats can be controlled in the spring, he notes.

“Whichever product you decide to use, wait until you are getting good, rapid growth of the weed. ALS herbicides used in cold conditions cause stunting rather than death.”

What about broad-leaved weeds?

John Cussans notes that the heavy use of residual chemistry in the autumn is controlling most broad-leaved weed species, but he highlights a collection of weeds that will continue to come through in the spring.

“The small flowered compositae species, such as burr chervil, shepherd’s needle and wild carrot, can be very competitive and growers need to be alert to them in the spring, as they shrug off the residual.”

Sulfonylureas will work on them, but they mustn’t be used too late, he cautions. “Ideally you spray them at the T0 timing, not the T1. You need to hit them while they are still small.”

Leicestershire farmer Chris Tolley tries hard not to have to spray off any remaining blackgrass survivors in the spring. 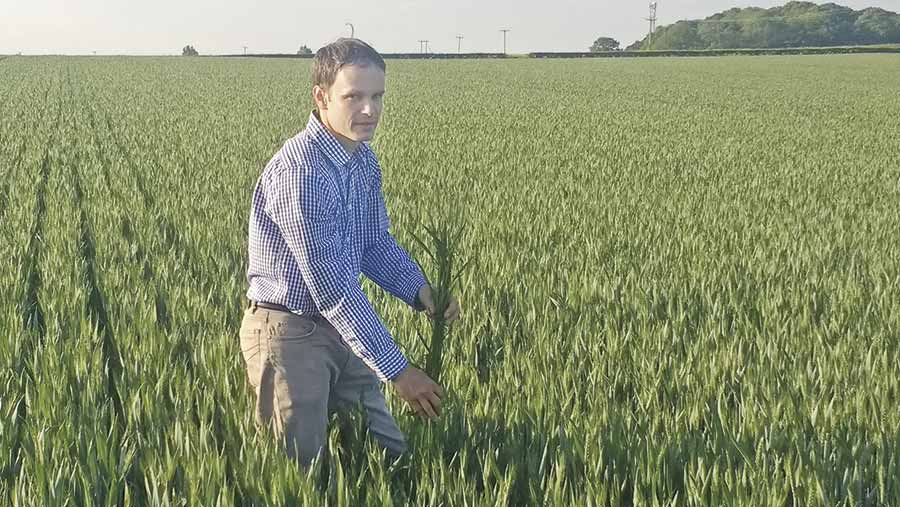 Growing around 120ha of winter wheat and 50ha of winter barley on heavy, wet land in the north west of the county, he has adopted a tailored approach to blackgrass control which aims to exploit the weed’s patchy nature.

As a result, he is using a combination of cultural and chemical control methods at Woodlands Farm, targeting the worst areas with a sequenced approach and carrying out post application assessments to measure the results.

With the exception of a couple of fields – parts of which have now been put down to a four year grass ley – he is getting good control of blackgrass in the autumn and has been able to significantly reduce weed numbers.

Where necessary, some hand rogueing is done in June, with small crop areas only being sprayed off with glyphosate if they are beyond salvation.

“As everyone is aware, the control that we used to be able to achieve with herbicides isn’t possible anymore,” he says.

“So we are combining the use of chemicals with other methods, including rotation, sowing date and seed rate, to help in our quest.”

For this reason, spring barley was reintroduced into the rotation a couple of years ago, to make best use of stale seed-beds and glyphosate. Winter wheat sowing dates have been pushed back into early October, seed rates have increased and hybrid barley has replaced conventional two-row varieties.

“We can vary seed rates on the drill, so we up the number of seeds where there are known blackgrass patches, to make the most of the crop’s competitiveness,” he explains.

Mr Tolley also points out that drilling takes place in early October rather than any later, so that crop establishment is guaranteed and there is an opportunity to follow the pre-emergence treatment with a post-emergence spray while the blackgrass is still small.

“Drilling later than that is very risky on these heavy soils,” he points out.

“We have also found that spraying blackgrass at the two-leaf stage with an Atlantis-type product gives us the best results. It is much more challenging to get good control in the spring, when the weed plants are bigger.”

His pre-emergence programme is tailored according to weed pressure and he is not adverse to treating part fields differently.

“All of the wheat area gets something pre-emergence. We use a flufenacet-based herbicide such as Liberator as the base, topping up with other chemistry, such as pendimethalin or prosulfocarb, where they are needed.

“It is very much tailored to different areas and where there are known patches of blackgrass.”

The farm isn’t geared up for Avadex application, but Mr Tolley did use the liquid formulation, Avadex Factor, last year, and saw an increase in control.

Weed control costs are just over £100/ha on the worst areas and where a full sequence is used, he acknowledges, but he is still getting 95%+ control where conditions are favourable.

“It has become more variable, so we always boost the Atlantis spray with some extra residual. The post-emergence spray is still very much part of our routine.”

Otherwise, rotational ploughing is used every third year and the hybrid barley is followed by oilseed rape, which gives him a four-week window for out of crop weed control.

“We then have different chemistry to use in the oilseed rape, which helps. We have found that we still have blackgrass in the hybrid barley, but the plants are smaller and seed return is less. It’s another part of the armoury.”

His pre-emergence treatments have worked well this year. “Seed-beds were good and there was moisture present, so we haven’t got any particular worries coming into the spring.”

The arrival of new herbicide Monolith is of interest to him for future years.

“We completed everything we needed to do in the autumn this year.

“But if we still had some post-emergence spraying to finish, the extra 10% control that the new product offers would be worth giving it a go.”