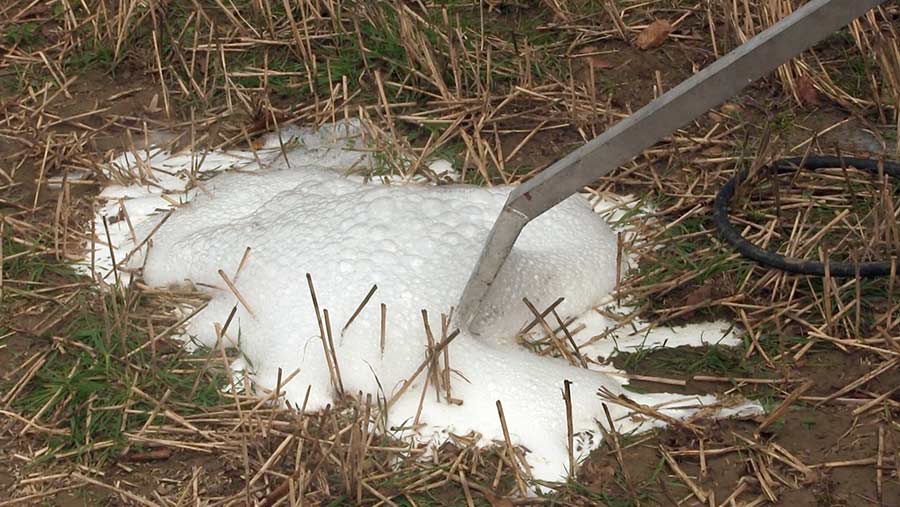 An organic, biodegradable alternative to glyphosate may be available to growers in the near future, as a foam-based weed solution is being developed for agricultural purposes.

Foamstream uses hot water to break down a plant’s waxy outer layer, allowing it to travel down the stem and kill the roots.

A foam made from natural plant oils such as wheat, maize and coconut is added to the water as it is applied to insulate the heat, ensuring it covers the targeted plant for long enough to kill it.

Currently, the Foamstream system, which was created by Weedingtech, is in use in a variety of applications in the UK, the US, and throughout Europe.

In the UK, the system is primarily used to control weeds by councils which have already banned the use of glyphosate as a weedkiller within towns and cities.

While the technology has taken off in municipal settings, the idea was initially developed for agriculture, but the reapproval of glyphosate saw little demand for the technology in the sector.

However, with the future of glyphosate uncertain, Weedingtech has again started developing an agricultural application which is likely to be available in a couple of years.

Watch the video report below to see Foamstream in action:

“The technology we have is currently being used in towns and cities as it’s a municipal range of machinery.

“We are working on an agricultural solution which uses the same principle, but works on the back of a tractor. You would have the same set-up, but on a bigger scale and you can treat inter-row,” said a company spokesman.

As well as needing to operate at a larger scale, to treat inter-row the application of the foamed water will need to be more targeted.

A municipal system consists of a boiler, generator, a pump and a water tank.

The water is heated from an ambient temperature to 104C, and is then mixed with one of the two foam products patented by the company, and then is pumped using a hand-held lance.

Without the foam the 100C water would leave the lance as steam, but by trapping the heat under the foam, the water is kept above the 57C needed to kill targeted plants.

The heat also sterilises any seeds or spores in the soil, helping to reduce the amount of regrowth seen in the future.

The foam is diluted to just 0.05% when mixed with the water, making it completely safe for the environment, animals and humans.

“It’s completely safe. You can use It in any weather, whether it’s raining, sunny or windy.

“You don’t have to worry about the water or foam drifting off and going into a river, or into a stream or a lake because it is just water,” the spokesman added.

While the system uses 12 litres of water a minute, depending on the amount of vegetation being targeted, grey water, and water from rivers and streams can also be used.

Along with a high water requirement, the cost of weeding with a Foamstream system is higher than if glyphosate was to be used.

“Anyone who says there is a solution for weed control which does everything, there isn’t.