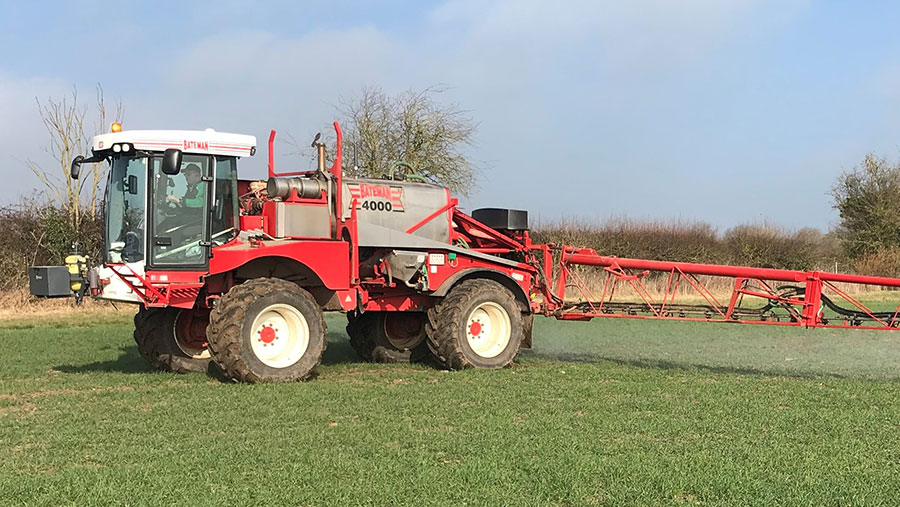 Farmers battling a wild oat problem are advised to check whether it’s the winter or spring type, before planning their strategy against the weed.

While blackgrass gets all the attention, wild oats are the most competitive grassweeds on a yield loss per plant basis, says Ruth Stanley, country manager for Life Scientific.

Just one plant/sq m in winter cereals costs 1t/ha in lost yield, and for spring cereals it is 0.6t/ha, she points out.

To help farmers tackle the rising problem, the company teamed up with Niab to carry out the first wild oat survey in more than 20 years. Farmers were asked to complete a questionnaire, as well as submit samples of seed for testing.

One surprise finding from the survey, according to Niab weed biology specialist John Cussans, was the mix of species.

The traditional Avena fatua spring species accounted for 70% of the samples, with the winter wild oat (Avena sterilis subspecies ludoviciana)the remaining 30% being found in the remaining 30% of populations.

“It was assumed it was nearer 10%, so it was surprising to see nearly one-third was this winter oat.”

And it is the winter wild oat that is increasingly being reported as a problem on farms, instead of the common wild oat.

For example, making rotational changes could help farmers tackle the weed, although mixes of the spring and winter species will prove more difficult to manage, as any changes will affect the species differently.

This is why it’s important to determine which species are present, as they are different agronomically, says Dr Cussans.

Another tip is to ensure winter cereal crops are competitive in spring. “If you have gaps, there is more leeway for them to germinate and get going.”

Burying seed with ploughing can also help, as this induces dormancy.

Looking at chemical control, the survey highlights a mismatch between the rising concern about the weed and herbicide use.

About 25% of respondents report stopping or reducing their use of acetolactate synthase (ALS)-inhibitor herbicides such as iodosulfuron + mesosulfuron and a further 10% report a general reduction in the use of post-emergence herbicides.

She puts this down to growers being worried about reliance on this chemistry for blackgrass control. “However, these herbicides are actually very effective at wild oat control.”

How to tell the difference between species

It is quite difficult to tell the two wild oat species apart, and it can only be done when there is seed on an adult plant, says Niab’s John Cussans.

“You can’t see any difference at the vegetative stage.”

The spring type Avena fatua’s seeds are single, with single winter oat awns. However, the winter type (Avena sterilis subspecies ludoviciana) has distinct twin seeds shed together and it is quite hard to pull apart the seeds when fresh, he says.

“Also, if you look in the middle more closely, there is a third and fourth seed that doesn’t have awns.”