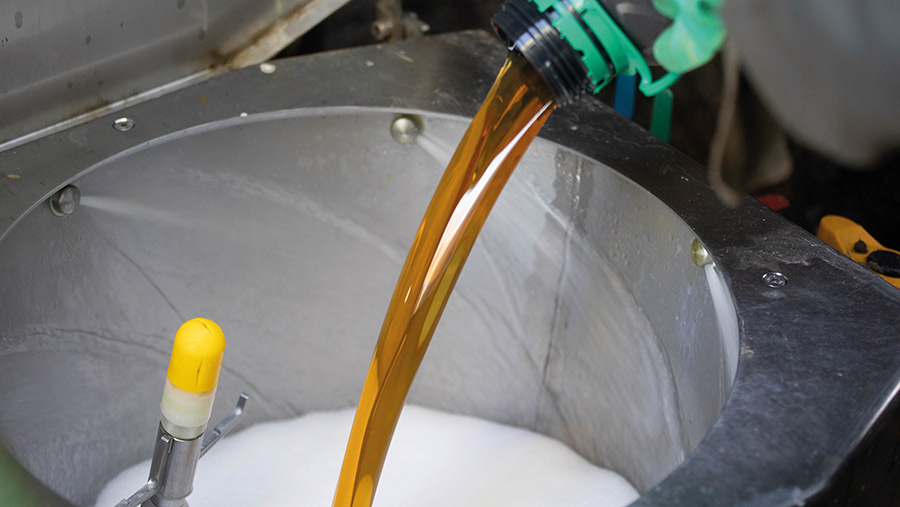 Northern Ireland’s arable farmers could eventually end up being unable to benefit from pesticide products used by growers in the rest of the UK, under the latest blueprint for the UK’s pesticide regulations after Brexit.

Currently, the EU makes decisions on the approval of pesticides and those given the green light are added to its “Approved list of active substances”.

It is then up to regulators in individual member states to approve products containing those active substances and establish how they are used on farm.

In the UK, the latter has been the responsibility of the Chemicals Regulation Division (CRD) of the Health and Safety Executive (HSE).

CRD has announced that when the Brexit transition period ends, it will assume sole responsibility for both processes in Great Britain (GB).

However, Northern Ireland will effectively remain subject to the old system, whereby the EU dictates which active substances can be used, and CRD regulates products.

Over time, and if the GB and EU systems diverge, this could mean GB growers and agronomists having access to active substances and products that are not available in Northern Ireland, or vice versa.

Hazel Doonan, head of crop protection and agronomy at the Agricultural Industries Confederation (AIC) believes this may cause confusion for businesses operating along the border with Ireland, or between Great Britain and Northern Ireland.

CRD has indicated that it will have a GB database – similar to the existing library of approved active substances and products under EU law – but there are no plans for a separate NI list at present.

“This is something I have asked CRD to consider, as it will make things much easier to understand for those recommending, distributing and using the products in Northern Ireland,” says Ms Doonan.

In addition to complications on the ground, there is also a concern that in the longer term, the relatively small NI crop protection market might not keep a full portfolio of products.

Speaking to Farmers Weekly, sources at agrochemical companies shared the view that if the GB and NI regimes diverge too far, costs of bringing products to the NI market may increase to a point where there is no longer a business case for the supplier.

This would see farmers in Northern Ireland miss out on crop protection technology available to English, Scottish and Welsh farmers.

Another important change after the Brexit transition period ends is a phasing out of parallel imports, because the UK and EU will no longer share common data on plant protection products.

Parallels offer a mechanism whereby a pesticide product authorised for sale and use in another EU member state can be imported with a permit from CRD, if it meets certain criteria.

Existing parallel trade permits will continue until their expiry date, or until 31 December 2022, whichever is the sooner. After this, sale, storage or use of parallels sourced in the EU will no longer be permitted.

They have played a useful role in filling supply gaps in the past and not having the ability to use parallels will make this more difficult.

For similar reasons, importing seed from the EU and treated with a product authorised in an EU member state will be banned after 31 December 2023.

After the cut-off date, treated seed can only be traded and used in Great Britain if it has been treated with product approved by the GB regime.