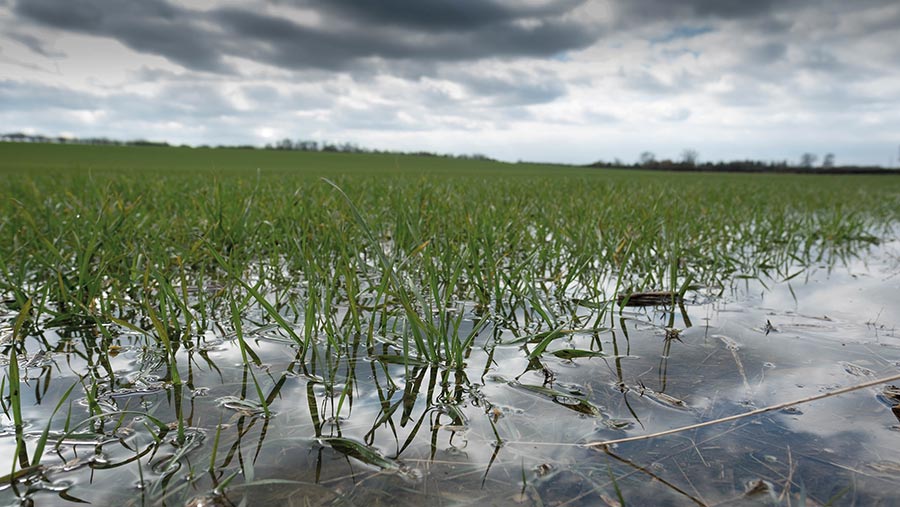 From some of the wettest winter conditions ever encountered, to one of the driest and sunniest spring months on record, the implications were felt on fieldwork and rotations, as well as final yields.

A look at the latest Defra farming statistics, released at the beginning of October, highlights the disruption caused by the weather and confirms the effect it had on crop performance and profitability:

This contrast between the notably wet winter and the dry spring was unprecedented, confirms the Met Office – even though it is in line with the latest set of climate projections for the UK.

These suggest that future winters are likely to become wetter and warmer, while summers become hotter and drier – with the warming trend causing changes in other aspects of our weather, reports Mark McCarthy, a climate scientist at the Met Office.

“Most areas of the UK received above average rainfall last winter,” he says.

“Records show that it was particularly wet across parts of central and northern England, notably Lincolnshire, Nottinghamshire, Derbyshire, Leicestershire and Cheshire, which received between a quarter and a third more rainfall than normal.”

Flooding was a localised problem, with parts of northern England – particularly south Yorkshire and Derbyshire – having problems, adds Dr McCarthy.

On farm, this prolonged and heavy rainfall resulted in many winter wheat crops being drilled later than planned, into poor seed-beds, where plant counts and tillering were affected – both of which reduced yields.

As the rain continued, an estimated 22% of winter wheat crops were sown in January and February, often lacking the root systems to cope with the dry conditions that subsequently developed in the spring.

However, for those already coping with waterlogged soils and disrupted cropping plans, it was February 2020 that really tipped the balance. The wettest February on record meant that winter 2020 was the fifth wettest winter ever experienced in the UK.

Many places recorded three times as much rainfall as average in February, with the UK figure showing 237% of the average amount.

From there, the weather turned. As the sun came out and the ground dried out, April turned into one of the sunniest ever seen and May became the sunniest calendar month on record, with 266 hours of sunshine.

It also became the driest May in England, with just 17% of average May rainfall.

As to the effect that this weather sequence had on harvest results, the best winter wheat yields were reported where crops were sown early into good seed-beds, managing to establish before the bad autumn weather hit.

Oilseed rape gave its best results where crops were planted in August and managed to establish well, especially those on the more moisture retentive, heavier soils.

Barley was affected by low tiller numbers, so yields were down. Winter oats held their own, while spring oats were troubled by the very dry spring and later harvest date, which saw them subjected to weather damage.

Variety resilience: The winners and losers at harvest 2020 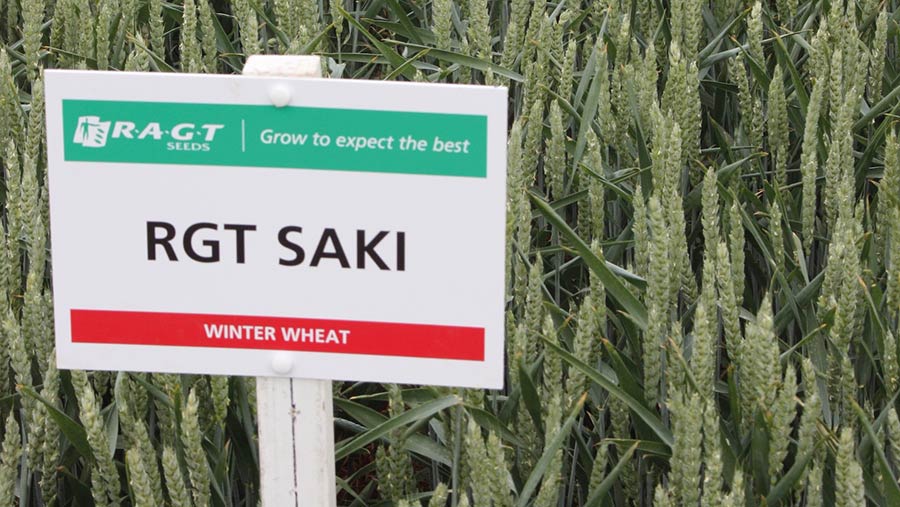 It’s not easy to tell which had the greatest impact on crop yields – the delay in getting crops into the ground in such a wet autumn or the dry spring that followed, says cereal variety expert Clare Leaman of Niab Tag.

“It was a tricky growing season in different ways,” she notes. “Disappointing results will have come from more than one factor – unpicking the reasons for them isn’t straightforward.”

A dry spring nearly always has an effect on yield, so most of the crops that did get established before the worst of the wet weather arrived were hit by water stress, she notes.

Soil conditions
Soil type and geography also played their part. While the north of the country escaped the worst of the bad autumn weather and was much less affected by delayed or failed drilling, the condition of soils at drilling was a key requirement for success – wherever you went.

“That has to be one of the stand-out lessons from a year of such weather extremes,” suggests Mrs Leaman. “Wait for good conditions before you drill, even if that means sitting tight for a while.”

When it comes to individual variety performance, it’s difficult to know how much weight to give the 2020 data, especially as some trials had to be abandoned.

“The five-year data is always a better guide and that’s even more relevant in a year like 2020. The more information you have to call on, the better.”

Most trials had more variability than usual, including those done by Niab, she reports.

Variety differences
“Some varieties have performed and there is definitely a resilience factor in certain choices. While we were aware of that before, it’s really come to the fore this year.”

Quality wheat varieties were more affected than feed types. Compared with their five-year figure, popular choices such as Siskin and Crusoe were down by 2%, while group 3 Firefly took a 3% hit. Skyfall and Zyatt were both down by 1%.

In contrast, feed varieties such as Gleam, Graham and Costello maintained or slightly increased their yield. In comparison, Skyscraper had an average year, coming in 1% below its five-year figure.

Another popular choice, Extase, performed as expected, with its 2020 data matching its five-year performance.

New additions
Of the new additions to the Recommended List, soft group 4 Saki performed well in 2020 and continues to look interesting, she reports.

Otherwise, Kinetic and Insitor came in 2% and 1% down, respectively. Theodore was 3% below its five-year average, but that can be partly explained by the season’s low disease pressure.

“With regards to the low-input varieties like Theodore, we’re not much further forward in understanding how they should be grown,” remarks Mrs Leaman.

“It was a low pressure year, especially where septoria was concerned, so trials didn’t necessarily show the value of their genetic resistance. That could be very different next year.”

Yellow rust did make its mark earlier in the season when it was warm and dry. As reported in Farmers Weekly at the time, some varieties were carrying more disease than expected, so a tinkering of the ratings is to be expected.

“Make sure that you are aware of any changes before the spring,” she advises.

In the pipeline
One positive outcome from such a difficult year was the performance on Group 3 biscuit-making wheat candidates, highlights Mrs Leaman.

“There are a number that have performed well – even in such testing circumstances – and they have good disease resistance as well.

“It’s a very good sign for next autumn, especially as some of the existing Group 3 choices have question marks over their resilience.”