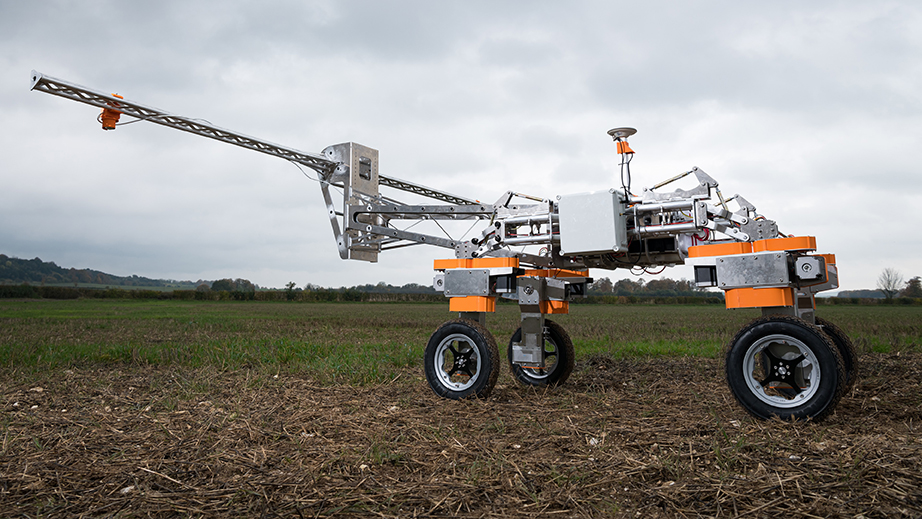 Sam Watson Jones, co-founder of the group, said this is a major technical milestone for British agriculture, offering an end-to-end farm service operation for arable farmers.

Robot Tom, the weed scanning robot, will provide farmers with an individual plant view of fields, capable of detecting broad-leaved weeds in wheat fields and mapping their exact location.

“Tom is progressing exceptionally well and is now a robust agricultural machine. We have nearly finished building five new robots, ready to be launched on three farms in October, where the farmbot will cover 20ha/day,” said  Mr Watson Jones while attending Cereals LIVE 2020.

Tom is now just one year away from full commercial production where the robot will be scaled-up to become a fully integrated service, enabling greater weed control without the need of chemicals.

“Take blackgrass control for instance, control is becoming increasingly problematic with many chemicals now resistant. Farmers are now manually rouging fields, with weeds often missed due to human error which cause problems for the future,” he said.

He highlighted that, with the help of the weed-mapping service, every single blackgrass plant can be identified and removed.

The technology also allows weeds to be categorised, in accordance to their environmental benefit, with beneficial weed species identified and not destroyed.

“With the help of artificial intelligence, we are able to determine risk tolerance versus environmental benefit of weeds. Some offer food sources for beneficial insects or have positive impacts on soil health, helping to enhance biodiversity,” he added.

The company has teamed up with the electronic weed control group Rootwave to develop the weed zapping robot, which fires shocks every second and to 0.5mm accuracy.

The third robot, Harry will plant crops autonomously, and should be ready for launch in 2022. Its no-till robotics system will help prevent soil erosion and run off, reducing cultivation emissions by up to 90%.

Mr Watson Jones explained how this is just the beginning for robotic development as the company hopes to expand further into other robotic technologies.

“Wheat is very much just the start for us – we aim to develop further into other crops, as well as having the ability to detect pests and diseases, and collaborating with other companies can help achieve this,” he said.

So far, £3.3m has been raised for research and development funding, of which £500,000 has been invested from UK farmers.

The robotic technology, which is being developed in collaboration with agri-innovation centre Crop Health and Protection, British artificial intelligence firm Cosmonio. Devon farmer James Lee will look at the delivery of slug detection systems.

Hyperspectral imagery and artificial intelligence will be used to detect slugs autonomously, with mobile imaging of slugs beginning this autumn.

The final development phase will focus on precision spraying, which allows a slug treatment solution to be delivered in-field by robot technology. A prototype will be available in autumn 2021.