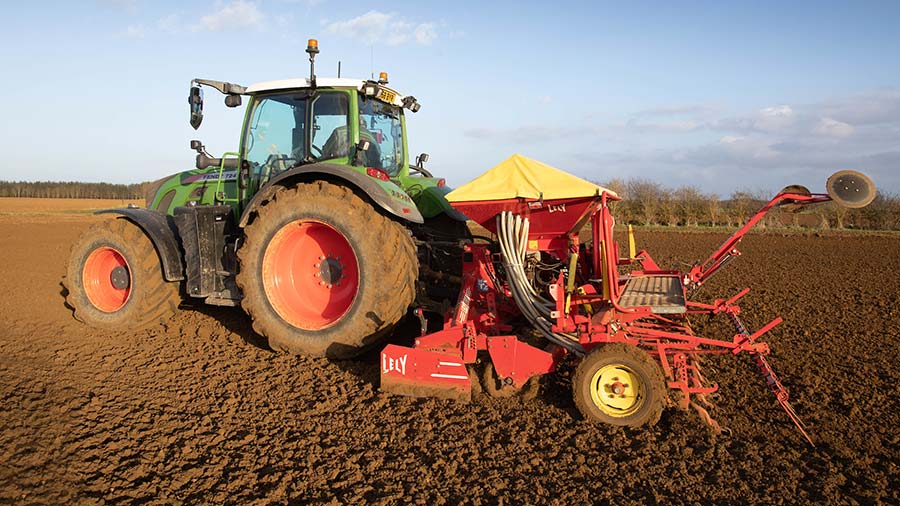 Spring crops are a key part of sustainable arable rotations, especially for growers with bad blackgrass situations, but weighing up their pros and cons to select which one to grow can be tricky.

Barley is by far the most popular spring cereal, but spring wheat can perform well, being a more efficient user of nitrogen fertiliser than its winter counterpart, which is valuable given the high fertiliser prices. New varieties of oats may tempt some growers back to this crop.

“That’s still the situation, especially as there will be some fields that have taken a backwards step for blackgrass control after the difficult conditions we’ve experienced in recent seasons,” Mr Neale says.

“If you’re growing spring barley for blackgrass control on heavy clay soil, don’t rush out and get a malting contract then apply malting barley principles developed on predominantly light land.

“For blackgrass control, focus on maximising yield and crop competition, which in turn will dilute grain nitrogen and can still make a good malting sample.”

Pushing for yield does not necessarily require a lot of nitrogen – typically around 120 kg N/ha – but it does mean early drilling at higher seed rates into good conditions and a robust programme of fungicides and growth regulators, he notes.

In terms of varieties, Mr Bouch says the main options are largely unchanged from last year, with Laureate, Diablo and Planet leading the way on yield, quality and acceptance by end-users.

Mr Bouch adds: “We’ve seen several new varieties come through, but none add much in terms of yield and most still need end-user backing.”

Newcomer Skyway is interesting given a 4-5% yield advantage over established favourites, however at the time of writing it was still being evaluated for brewing use.

There have been big improvements in spring wheat agronomy in recent years, with many growers achieving good results.

The crop is an efficient user of nitrogen, with most spring milling varieties able to achieve 13.5% protein from around half the applied nitrogen usually required by winter milling wheat, Mr Neale says.

Given spring wheat’s low tillering capacity, he believes success depends on high seed rates to ensure a strong established plant population and reduce the risk of ergot infection during flowering.

Generally this means sowing 500-600 seeds/sq m, which should produce yields of around 8 t/ha.

Group 1 variety Mulika is still a firm favourite, despite having spent 20 years on the Recommended List, Mr Bouch says. Group 2 Cochise picked up decent market share in 2021 and is likely to be popular again next spring, he adds.

Another Group 2, Giraffe, joined the RL in 2020 and generated much interest. However, with limited seed availability, it took only a small market share, which he expects to increase next spring.

“It’s got the protein and specific weight growers need, and although yield isn’t the highest, it’s still almost 10% better than Mulika.”

Chilham is another Group 2 worth considering, while for out-and-out yield, several familiar Group 4s attract support. “They offer highest yields, but proteins are not as exciting.”

The UK spring oat area is relatively small, so seed volumes are limited and tend to sell out most seasons.

The crop provides a partial break from wheat and barley that is relatively cheap to grow and can be highly competitive against blackgrass, Mr Neale says.

“It doesn’t need a lot of nitrogen, and disease-wise, the main focus is on keeping out mildew and rust, which should be fairly straightforward with existing chemistry.

“Standing ability is not too bad, providing you adopt a sensible plant growth regulator programme.”

Mr Bouch says Isabel is one of the biggest selling spring oat varieties, and is likely to remain popular given its yield and quality, closely followed by Canyon.

Newcomer Merlin is attracting attention for its quality, so is worth considering, he adds.