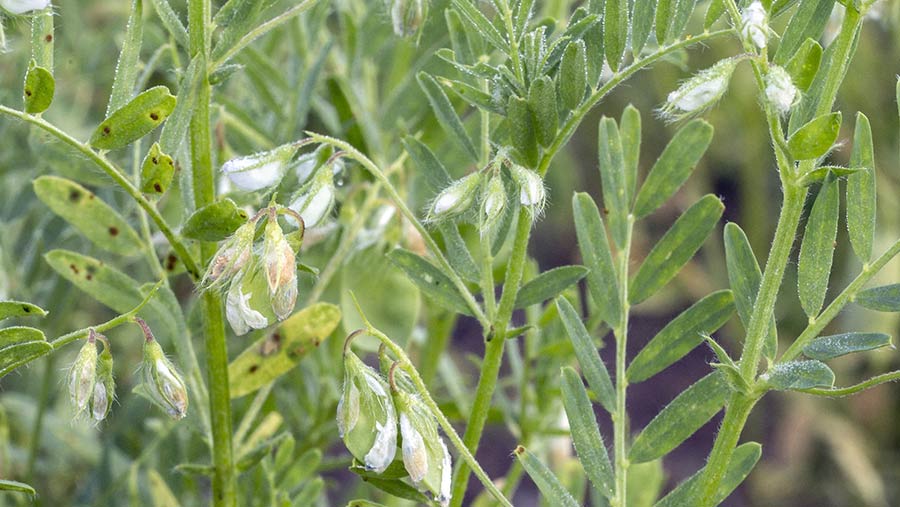 Last summer, a group of farmers harvested their second crop of lentils – a crop that has never been widely cultivated in the UK because it is notoriously difficult to grow and tricky to harvest.

They are being tempted by the fact the straw can be used for animal feed, lentils fit into a standard rotation and, most importantly, they are worth a lot of money.

William Hudson and his fellow founders of Hodmedod’s – a company working with British farmers to grow niche pulses and grains which it sells direct to consumers – decided to take on the challenge of growing this difficult crop in Britain. And after three years of trials, it is now reaping the rewards.

Sold directly to consumers at £2.99 for 500g, this high-value crop is producing a lucrative income stream from a relatively small acreage for those growers willing to join the grain and pulse supplier in the challenge.

Hodmedod’s success with lentils and its other niche crops such as chia, quinoa and haricot beans show the opportunities available to growers for local supply at a time when Brexit is forcing many to rethink their cropping.

Even without Brexit, there is a huge opportunity for local supply, says Mr Hudson, but growers need to think more creatively than just replacing an imported animal feed such as soya with a home-grown one.

The gradual trend in Britain towards food that has a higher nutritional and ethical integrity offers many opportunities, as does the recent rise in popularity of plant-based diets such as veganism.

The difficulty, says Mr Hudson, is that niche crops require research and development, and unlike in countries such as Sweden, where the government is undertaking this work, in Britain growers will have to do this for themselves.

While many farmers will prefer to stick to the traditional strategy of trying to maximise the yield of the easiest crops, a potentially more profitable alternative is to focus instead on maximising value, rather than yield.

“The most profitable farmer I know has 4ha of grass and grows baby vegetables that he sells direct to hotels and restaurants,” says Mr Hudson.

Before co-founding Hodmedod’s, Mr Hudson grew strawberries after switching from arable crops, but he needed more land to stay profitable.

“I was part of the Norwich Food Project, which was trying to relocalise food. I had a bee in my bonnet about eating home-grown fava beans as I was starting to see them on the shelves of delicatessens,” he says.

While typically beans grown in Britain for human consumption end up in countries like Egypt, where beans and peas are still a staple of the diet, seeing fava beans in British shops confirmed to Mr Hudson that the idea had potential.

Supermarkets should be the first place of call for growers looking for new ideas, he says, and then once a market has been spotted, the next step is creating a demand vacuum.

“We bought half a tonne of fava beans and recipe cards for falafel and hummus and gave them away at meetings, to friends – anywhere we could. We asked for the cards to be returned if people liked them and wanted to sign up, and we got 60% back.”

While Mr Hudson has plenty of ideas for profitable niche crops, growers hoping to jump on the bandwagon easily will be disappointed.

“We have all the capacity we require to meet our needs, but if someone was to come to us with an idea and have worked out how to grow it, that would be interesting.

“My advice is to look at a supermarket and learn how to use Google – remember that in 1977 there was no such thing as Google, so when we wanted to start growing strawberries we had to physically go and look at a strawberry farm.