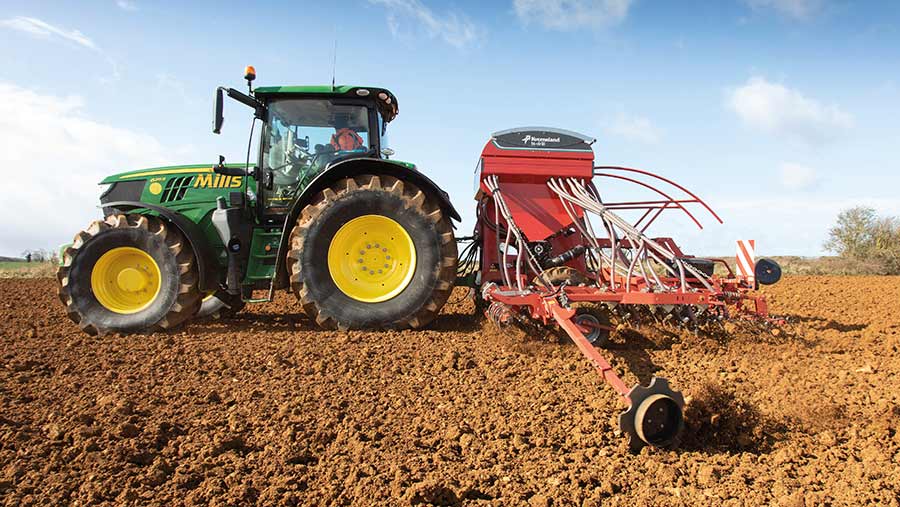 An oversupply of quality spring barley is likely to continue next year, as the Covid-19 pandemic continues to stifle demand from brewers and distillers.

The likely result will be continued downward pressure on price and fussy malting barley buyers this autumn, leaving one expert asking if it might be better to go all out for high feed yields instead of low grain nitrogen.

The 2020 spring barley growing season already started with a supply hangover from 2019, with stores already holding 250,000t surplus of malting quality grain for use in brewing or distilling.

With the 2020 area then hitting an all-time high of 1.1m hectares due to the winter wheat planting woes at the backend of 2019, and a hospitality industry closed for much last year, the barley glut was further compounded.

This inevitably dented price, but also resulted in buyers becoming much tighter on specification, and there were widespread reports of rejections for what can only be described as whimsical reasons.

Despite the AHDB Early Bird survey predicting a more normal 767,000ha of spring barley for 2021, oversupply will remain bearish on price and maintain a higher probability of rejected loads, thus exposing the grower to greater risk.

There is the added factor of variety line-up changes, with old favourite Concerto being removed from the Recommended List, and this is likely to see growers move to newer, higher-yielding varieties.

Eric Anderson, senior agronomist and director at Scottish Agronomy, believes this combination of factors may prompt a change in mindset for 2021 in an effort to de-risk what is an important crop for many, particularly on lighter land.

He says that where a headline malting barley contract price in 2020 was £160-£170/t, once rejected loads were taken into account, many growers in Scotland only returned about £140/t.

When growers could fetch about £130/t for feed barley, Mr Anderson says it has been a hard pill to swallow for some after reducing nitrogen inputs to hit malting spec, which inevitably sacrifices total yield.

“This year, it might be worth hedging your bets with the right variety and making a decision on nitrogen input once it’s in the ground, depending on market conditions,” explains Mr Anderson.

One variety that Mr Anderson singles out as a standout candidate for this strategy is LG Diablo, which has topped both treated (8.07t/ha) and untreated (7.23t/ha) yields in Scottish Agronomy’s five trial sites across Scotland over the past three years.

It also stands up well on the official Recommended List nationally, where it is just behind the highest-yielding feed varieties but, importantly, has full Malting Barley Committee approval for both brewing and malt distilling.

Mr Anderson sees it as a good choice for those wishing to leave their marketing options open ahead of drilling.

“On land lighter in texture and not capable of producing high wheat yields, spring barley will stay in the rotation, but I suspect those that have experienced any angst with malting contracts will vote with their feet and grow for feed.

“That is on the proviso that they can store it, as there are many that move their malting crop within a couple of days of harvest and aren’t capable of holding a significant tonnage.”

Where pushing for feed yields with a variety such as Diablo, only subtle changes to management are required, most notably applying slightly more nitrogen.

Typically, a malting crop would receive about 120kg/ha of N, whereas a feed crop can be pushed with an extra 30kg/ha of N. There is also leeway to apply it slightly later without the concern of exceeding grain nitrogen limits set by maltsters.

With ammonium nitrate trading at about £215/t, nitrogen inputs are relatively cheap, and a variety such as Diablo – with high untreated yields – means that a reduced fungicide programme applying products solely at T2 (flag leaf to awns visible) can be considered.

In the past, a T1 application at late tillering was seen as a cost-effective disease holding spray until the T2 about two weeks later. Based on chlorothalonil, this could be as cheap as £4/ha.

However, following the loss of chlorothalonil, an option such as folpet plus prothioconazole could cost as much as £20/ha, ratcheting up fungicide costs.

“The T1 timing in spring barley rarely gives a significant yield response, so when growing less-responsive varieties such as Diablo, you are even less likely to see a return on investment.

“I believe it will be better to focus spend at T2,” says Mr Anderson.

Another concern for spring barley growers without chlorothalonil is ramularia control, as it was the tried-and-tested solution for limiting the disease’s impact.

Those unable to use it last spring dodged a bullet in a low disease year, but this year could be different given the right conditions and alternative chemistry is not anywhere near as effective.

Mr Anderson says this may result in more yield variability and higher screenings and adds to the argument to grow with feed quality in mind.

“If we start seeing more penalties in malting contracts for screenings, and you have to screen it on farm before it goes into a lorry, then that is just another cost eating into your margin.

“With feed barley, there are no screening penalties provided it meets bushel, so you are reducing risk.”

The only potential fly in the ointment for feed barley is any change to trading conditions with the EU, he adds.

“The UK has a surplus of feed barley, which tends to go for export. Any tariffs put in place after Brexit are likely to be reflected in farmgate price.”