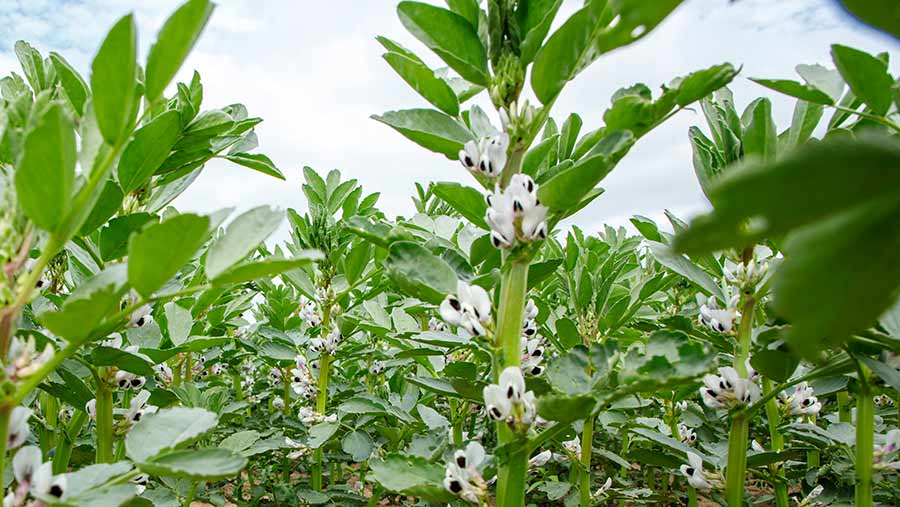 Sussex farmer Mark Chandler is searching for the best cropping combination for his farm near Petworth that will deliver blackgrass benefits and enable his first wheats to achieve double-digit yields.

While winter wheat and oilseed rape yields have been satisfactory in most years, Mr Chandler is less pleased with recent results from his spring crops.

Both spring beans and spring barley are currently not performing well enough or giving the consistent results needed to secure their place in next year’s rotation on the 1,450ha farm Mr Chandler runs in partnership with his father, Richard.

Only some of it can explained by the variability in soil types and seasonal growing conditions.

However, as both crops bring rotational and grassweed control benefits, with the spring beans also providing a good entry for winter wheat, he accepts there is a need to consider the bigger picture before making a change.

“We are already looking at alternatives to spring beans,” Mr Chandler says.

“This year we have started growing soya to see if it has potential on this farm, and next year we are thinking about including some winter barley, to find out if it can help with our grassweed pressure.”

Soya, which is being grown for the first time, has the advantage of being a legume and a good break crop, with its late drilling date making it suitable where blackgrass is a problem.

“Only time will tell if it’s too big a risk,” he says. “The intention is to continue with the crop for three years to see if it has a place here.”

With a four-course rotation in place at Moor Farm, there is a heavy emphasis on winter wheat, which accounts for half of the 1,230ha cropped. With a proportion grown for seed, it is all first wheat and consists of Group 1, 2 and 3 varieties Skyfall, Zyatt, Illustrious, Lili and Scout.

Moor Farm is among the batch of six new AHDB Monitor Farms launching this year and he hopes to look at this wheat yield variation as part of his three-year stint.

Oilseed rape has performed as expected, although Mr Chandler is less confident about this year’s crop. Having grown high-oleic, low-linolenic acid (Holl) varieties in the past, as well as hybrids, he is planning to stick with conventional varieties this autumn.

“We have Campus, Elgar and Barbados in the ground. We’re going to keep seed rates up and make certain we get a decent plant stand – something which is difficult to guarantee with hybrids.”

Having dipped in and out with hybrid varieties, with mixed results, he is also mindful of grassweed pressure when growing oilseed rape. 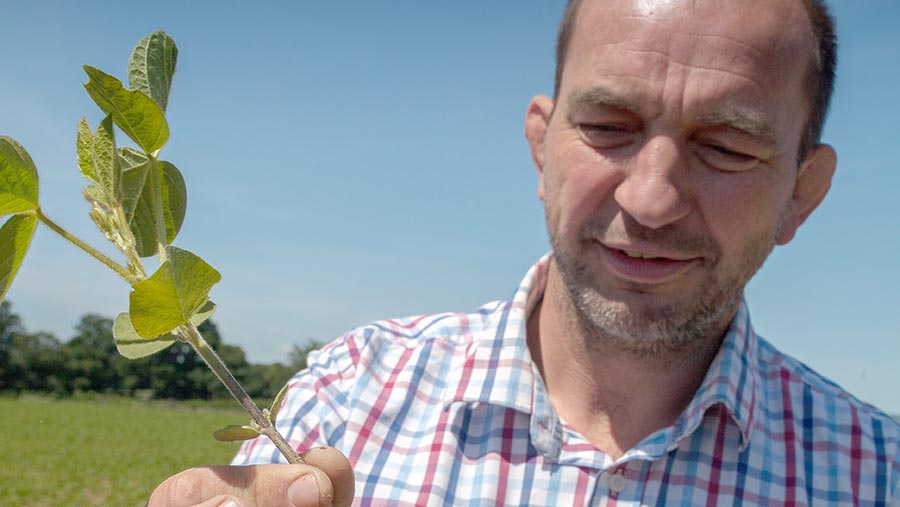 “If we’re not careful, oilseed rape can become part of the blackgrass problem. We need good crop establishment and an even plant stand to prevent any gaps which grassweeds can exploit.”

Mark Chandler will be hosting the AHDB Petworth Monitor Farm for the next three years. The winter meeting series starts on 18 October 2018 and topics to be covered include soil health, labour and machinery efficiencies, sustainable cropping regimes and profitable marketing strategies.

“In this area, hybrid winter barley hasn’t really performed,” he says. “But claims that it can have a role in suppressing blackgrass and reducing seed return are of interest. We may give it a look-see, alongside conventional varieties.”

The Chandlers are disappointed with the levels of blackgrass control achieved this year and have taken the tough decision to spray off some very bad patches of wheat.

“As reported by other farms, blackgrass control has fallen off a cliff this year,” he says.

“It was very wet when we were establishing our wheat, so we had to cultivate ground that had been left for our Claydon strip-till drill.

“As a result, we didn’t get the benefit of a stale seed-bed, so blackgrass came up with the crop. We’re going to try to move ground behind the combine this year, dealing with any weed flushes before we drill.”

The lack of nodules on the roots of his soya plants is a concern for Mark Chandler.

Having drilled 16ha of the crop in early May at the recommended seed rate of 60 seeds/sq m, with the hope of establishing 40-50 plants/sq m, he has ended up with 25-29 plants/sq m.

“It’s a bit thin,” he reports. “The ideal is to get 100% ground cover within six weeks of drilling, but we found that bean seed fly had other ideas.”

Although there is an approved insecticide for use in soya, larvae could be found within two days of drilling – so the pest was already present in the soil.

At about £190/ha, seed is the biggest cost with soya. “There are no graminicides approved for use in the crop, but its late sowing date allows us to remove any weed flushes ahead of drilling,” he says.

Otherwise, he has applied 200kg/ha of keiserite and some liquid phosphite, as well as putting on boron and manganese.

Harvest, which takes place 160 days after drilling, is likely to be in the first week of October.

“We need to get 2t/ha to break even,” Mr Chandler reveals. “At this stage, it’s difficult to know whether we will get that because the crop is so sparse.”