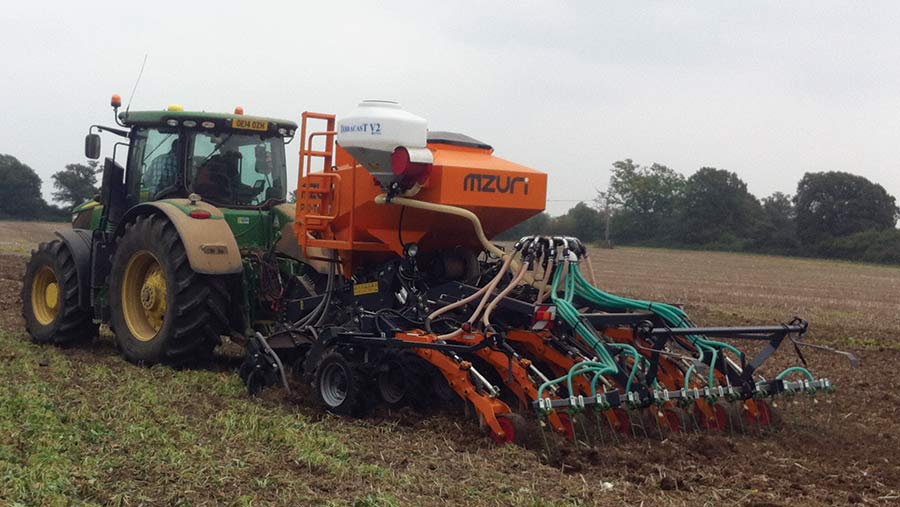 A decision to come out of organic farming and the need to solve a soil erosion problem on vulnerable greensand soils combined to bring a complete rethink of the arable approach at Cowdray Home Farms.

This resulted in the adoption of a seven-point sustainability plan in 2013 that provides the framework for all of the farming activities carried out on the 1,370ha mixed dairy and arable farm in the South Downs National Park.

Given that areas of the farm are on greensand and vulnerable to soil erosion, the first and most important part of the plan is soil structure and health, which farm manager David Hamilton-Fox describes as the foundation of the business and a key element of his farming policy.

Today, an integrated approach involving the use of no-till establishment, cover crops and grass waterways is helping to keep soils in place and improve soil structure, while the inclusion of farmyard manure and clover is raising soil fertility and boosting organic matter levels.

Soon after he arrived in Easebourne, near Midhurst in West Sussex, to take up the manager’s position, Mr Hamilton-Fox was astonished to see the negative impact that soil erosion could have in places – with heavy rainfall events tending to open up huge gullies on the farm and wash soil down the hills.

As well as leaving silt deposits on lower lying land, this was also posing a risk to watercourses and highways, threatening both the local environment and the farm’s productivity. 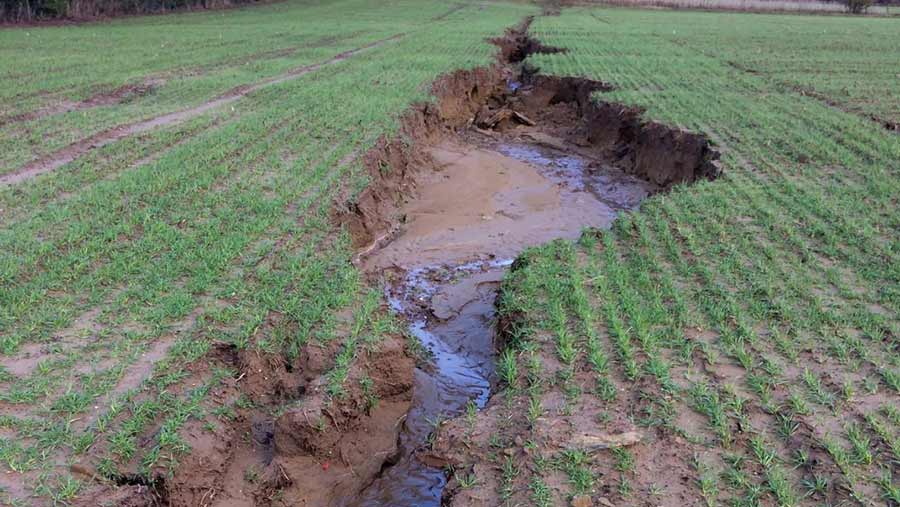 “These gullies were too big to drive across or to cultivate,” he recalls.

“It was clear that we had to face up to the problems that were occurring. After a very wet spell in 2001 we ended up hiring a 40t earth scraper for a week, simply to return the soil back to the places it belonged.

“We spent a lot of negative energy sorting it out. It was the tipping point for change.”

That first change meant abandoning the pattern of ploughing, sub-soiling and cultivator drilling and moving to a Discordon reduced tillage system, which had some success.

But in a mixed farming system with grass and maize ground that had to be ploughed, there were still times when soil erosion was an issue.

So in 2013 there was another major change. At that time, the farm was coming out of organic production which, having worked well for the dairy enterprise, was too dependent on deep cultivations for establishing crops on heavier land.

“The environment has always been at the heart of what we do, yet we were damaging soil structure and losing soil carbons and organic matter, as we had to plough ahead of some crops,” Mr Hamilton-Fox explains.

“It was also expensive and time consuming. We seemed to be doing more harm than good.”

This time, the business opted to move towards zero tillage. After considering several drills, they went for a Mzuri, which has deep tines with subsoiling potential, tilling only a narrow band and leaving the soil and residue undisturbed between the cultivated strips.

“In our mixed farming system, where straw is removed, muck is spread and maize is grown, there’s always a risk of compaction,” Mr Hamilton-Fox reports. “So the tines are a helpful additional feature.”

There is also a range of soil types at Cowdray Home Farms, from greensand and chalk downland to heavy clay, which means that finding a “one-size-fits-all” system is difficult. Having potatoes in the rotation also creates some issues with preparing seed-beds.

“Four years on there are still challenges, especially in wet years, but we have made progress,” he says. “Crucially, yields haven’t suffered.”

Establishment costs for combinable crops have reduced by more than £100/ha (see table), so the system is now being extended to forage crops. A new Mzuri drill equipped with a precision metering mechanism will allow maize to be established in the same way.

“We have tried to grow maize without precision drilling but bunching of the seeds caused yield to drop,” Mr Hamilton-Fox said. “And as the crop is the backbone of our dairy enterprise, that wasn’t acceptable.”

Cover crops are also part of the revamped system, with 50ha of a spring oat/vetch mix being sown in August after winter wheat and before a spring cereal crop on the greensand. This is grazed with a neighbour’s sheep before being sprayed off.

“They are holding the ground and are recycling nutrients – our use of bagged nitrogen on the following spring barley crop has been amended accordingly,” says Mr Hamilton-Fox. 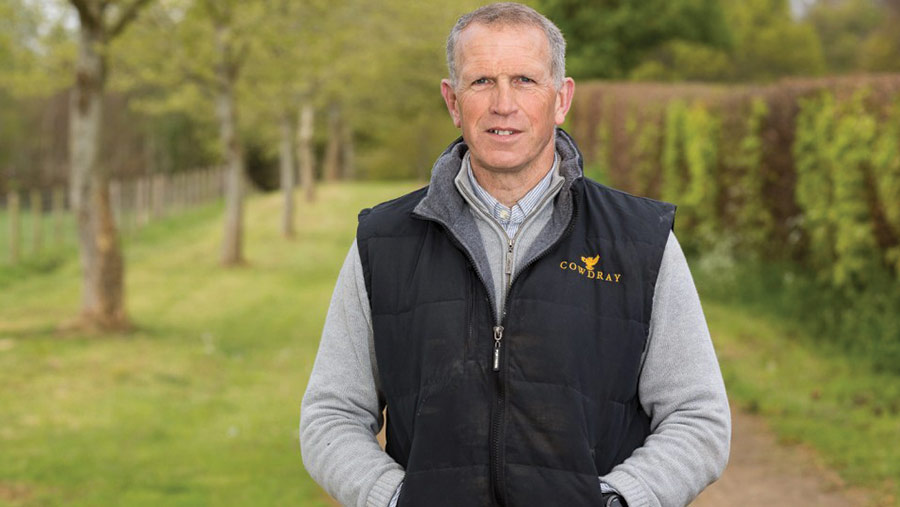 He has yet to introduce them on heavy ground, where there is a history of blackgrass, as he is reluctant to make the problem worse or prevent the ground from drying.

The spring oat/vetch cover crop mix was chosen for the lesser amount of residue it produces compared with other mixes, and for its palatability to sheep.

“We don’t want too much trash on the surface, as it can cause problems with the drilling of the next crop. The seed costs us around £16/ha.”

Another feature on the farm is the use of grass waterways, which are permanent 10m strips of tussocky grass, located where gullies tended to form in very wet conditions.

Tree trunks, placed across the strips every 50 yards, are used to take the velocity out of flowing water, preventing the loss of soil.

Mr Hamilton-Fox says: “They are a pain for the field operations, but they have solved the problem. We aren’t losing soil or polluting the river any more.”

Having two dairy herds and followers means the business is never short of farmyard manure, so there is a policy of applying at least 25t/ha on to the maize ground, wherever it is in the rotation. Soil organic matter levels, which are measured routinely, are between 3%-12%.

“Maize accounts for 10% of the rotation,” says Mr Hamilton-Fox. “The worry with muck spreading is that there could be damage done to soil structure, so where necessary subsoiling is used to remedy this.”