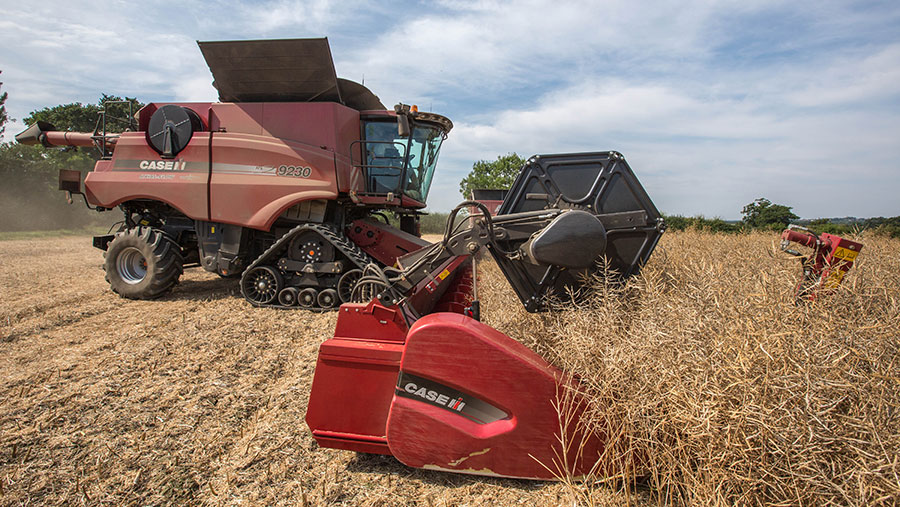 The oilseed rape area in England and Scotland is 11% down on last year, making it the smallest area of the crop for 16 years, according to new AHDB figures.

In its place, the latest AHDB Planting and Variety Survey shows an increased wheat and oat area.

For the other key cereal, barley, the overall area has remained largely static, although more winter barley has been planted, and the area of spring barley reduced, ending the previous four years’ growth.

Peter Collier, AHDB analyst, said: “The challenges being faced with oilseed rape have resulted in the lowest area since 2003.”

He pointed to the dry autumn, which led to poor establishment, followed by cabbage stem flea beetle damage.

One consolation was that the Scottish area fell by a smaller margin, down 6%, as there was significantly less pest damage.

In terms of wheat varieties, estimated areas for Group 1 and 2 varieties account for 36% of the 2019 GB wheat area, down 2% on last year.

The decrease in the Group 2 area has been to the benefit of Group 3 varieties.

Higher-yielding Group 3 varieties such as Barrel and Basset have aided the recovery in the Group 3 area, Mr Collier said.

Group 3 wheats have likely replaced some Group 4s, where areas of the hard and soft types have fallen by 43,000ha and 19,00ha, respectively.