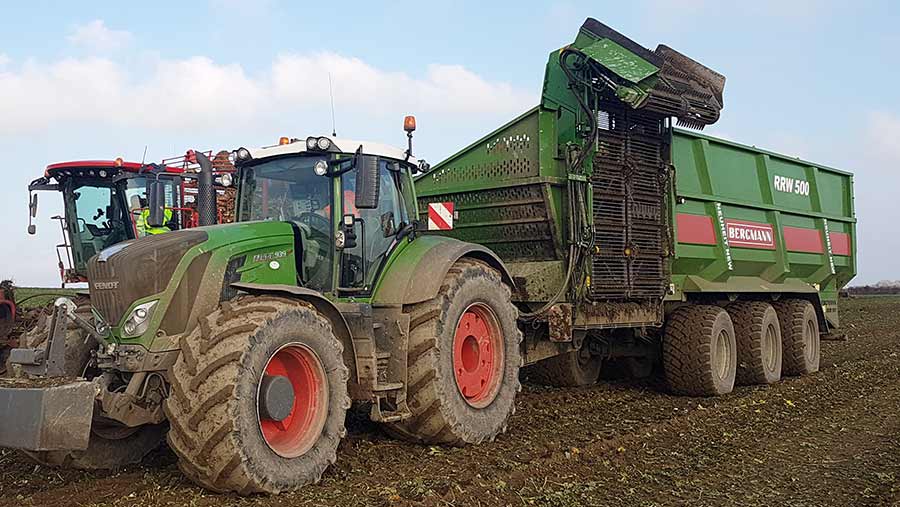 The addition of a sugar beet chaser bin to a Cambridgeshire farm’s harvesting and haulage fleet is allowing it to retain 10% of the sugar content usually lost through storage.

So far this season, 95% of Northfield farm’s beet crop has been lifted straight into a 30t Bergmann chaser, which transfers the beet directly on to a cleaner loader and into a waiting lorry.

See also: How to minimise sugar losses in beet clamps this harvest

As the biggest sugar beet producer in Britain with 1,200ha of beet, the farm, near Soham, had already invested in its own fleet of lorries to enable “just-in-time” harvesting to minimise sugar losses.

However, the system still required beet to be piled in clamps at times, resulting in bruising and damage from the trailer running over beet and pushing it up into piles and eroding sugar content.

So the farm purchased a 20t Bergmann chaser to enable them to stop putting beet into clamps at all. 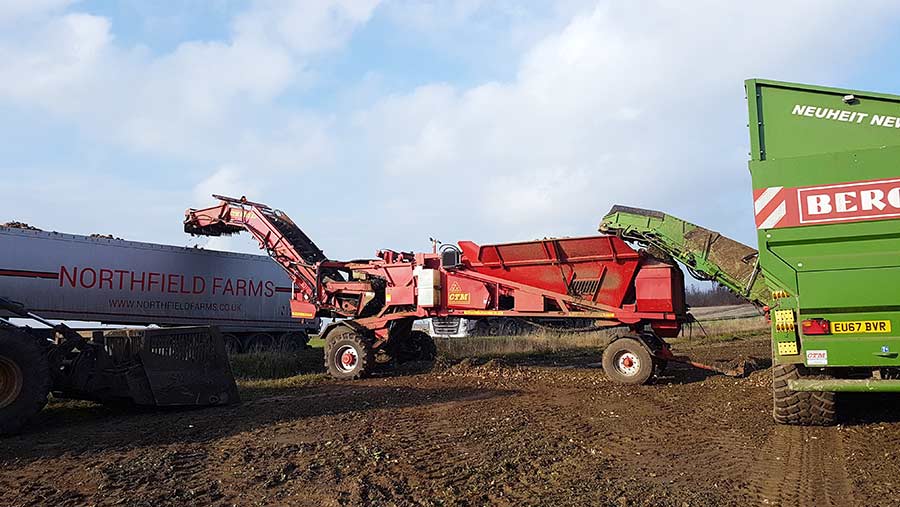 This new system is seeing 10% more sugar content being transported to the factory – an extra £100-150/ha at current prices.

Farm manager George Palmer says: “We did trials where we put beet on to the floor for a day, some for a week and also straight into chaser. The maximum saving comes from not putting the beet down at all.”

Maintaining sugar content will be especially key this season as yields are about 10% down on the farm’s average due to the combination of late drilling and the hot dry summer.

He is hoping for yields near 70t/ha this season, but says sugar content of the few hundred hectares harvested so far has been pretty good and is helping to pull up yields.

In a further effort to protect sugar content the farm abandoned using the cleaner loader for early lifts.

Instead using the chaser to load directly into the haulage lorries as the beet was quite clean and was suffering unnecessary damage in the cleaner.

Last season the farm upgraded to a 30t chaser, equal to a lorry load, to cut down the loading time to just eight minutes each time.

This larger machine also has the benefit of crab steering, meaning each wheel travels over fresh ground and creates even consolidation rather than areas of compaction.

“We were surprised how much this feature appeals to landlords. One area we rent in Norfolk we have specifically because of the chaser because the landlord didn’t want the beet in clamps,” says Mr Palmer. 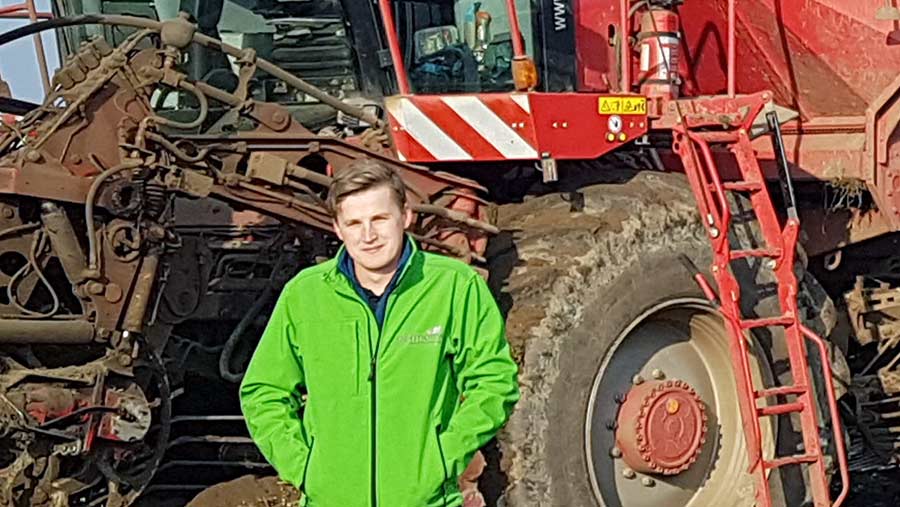 However, Mr Palmer acknowledges purchasing a chaser will not be a viable option for many, not least because of the cost, which is about £120,000.

While growers could club together to make the economics stand up, with some farmers already running a chaser alongside a trailer, the full benefits of the kit will not be realised if harvesting and haulage is not run as one operation.

“There is no way we could run our system without our own lorries, we need to be in control of the whole thing in order to remove the need for clamps.”

Because the harvesting system is very dependent on one machine and there is no stockpile to fall back on, the farm has a policy of replacing machines every two to three years.

However, with the uncertainty of Brexit and the loss of neonicotinoid seed treatments, the chaser is likely to be kept for an additional year.

Sugar beet establishment has improved on the farm since a mild winter four years ago forced a switch to direct-drilling.

“Spring cultivations were proving difficult due to the lack of cold weather. We were muddling about trying to get in a seed-bed, and we just decided to try and drill into what was already there,” says Mr Palmer.

Seed-beds are prepared in the autumn and then sprayed off with glyphosate in the spring before being drilled using the farm’s two Kverneland direct drills.

“Moving to direct drilling has really helped our establishment and improved consolidation, and logistically it’s a good move because it’s a very busy time for us,” says Mr Palmer.