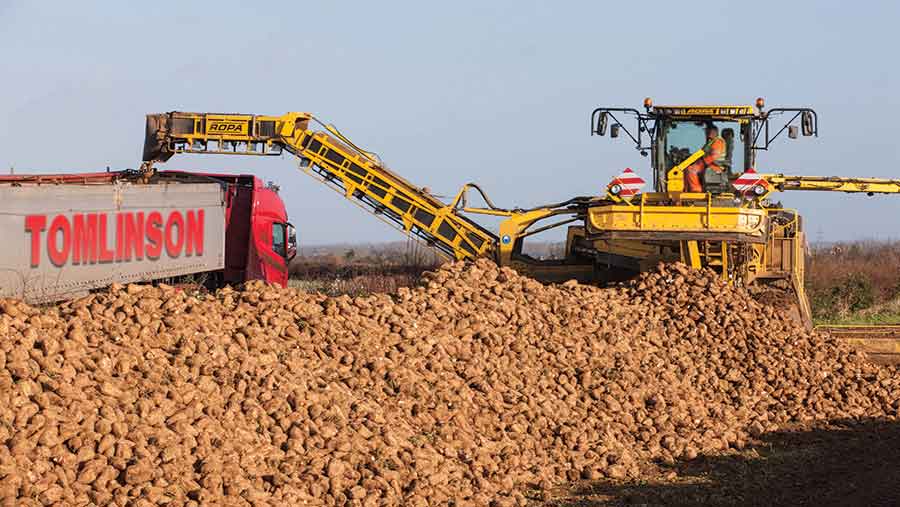 Storing beet in the field or purpose-built clamps is a must for many growers where “just-in-time” harvest and delivery is not feasible.

A recent shift to whole-beet delivery and more widespread use of in-field A-shaped clamps has led to concerns about increased sugar losses as a result of these changes in practice.

And while some sugar losses during storage are inevitable, recent trials by the British Beet Research Organisation (BBRO) show no discernible increase in sugar losses where beet are defoliated rather than decrowned, nor where beet is stored in field-edge A-section clamps to accommodate modern self-propelled cleaner loaders.

It is estimated about one-third of beet is now stored in this way as Maus-type loaders have become more common in recent years.

The trend has raised concerns that the larger surface area-to-volume ratio in A-section clamps makes them more susceptible to changes in ambient temperature and therefore at risk from higher sugar losses compared with conventional clamp designs.

However, BBRO trials on commercial farms in Norfolk and Lincolnshire between 2012 and 2014 show no evidence of higher losses in such clamps and also dispel fears that defoliated whole beet are more prone to losing sugar than scalped roots. 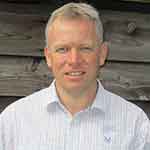 “It is clear from the work we have done and other research from across Europe that defoliated beet stores better than traditionally scalped beet, as there is a smaller harvest scar which means less sugar is lost through respiration when the beet heels itself.

“It’s also a misconception that you need to remove all leaf buds to prevent beet sprouting and losing sugar,” he adds.

“Paradoxically, beet with a large scar respires more as it heals, which produces heat and can cause more sprouting.”

The rate of sugar loss in 12 out of 13 well-managed BBRO trial clamps, which had storage periods from 30 to 120 days, was consistent with other storage trials in the UK and elsewhere in Europe, which put typical losses at 0.10-0.12% of total sugar volume/day.

“The best advice is always to work with contractors and hauliers to minimise the length of time crops are stored in the first place and go for just-in-time delivery where possible.”

But where clamping is required, he insists there is no reason that A-section clamps or defoliated beet should differ from conventionally stored beet.

“The first four to five days is the critical period, as this is when beet heals itself and respiration usually peaks. By definition there will always be some daily sugar loss, but the rate and severity depends largely on how beet is harvested and handled.” 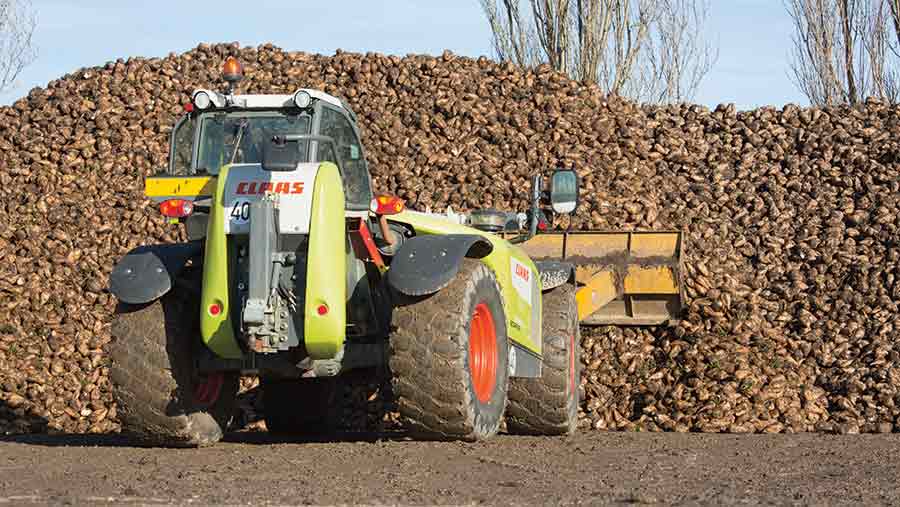 The way clamps are constructed has a big effect on the potential for losses regardless of the design used, says Mr Walters. He gives the following advice for clamp construction: 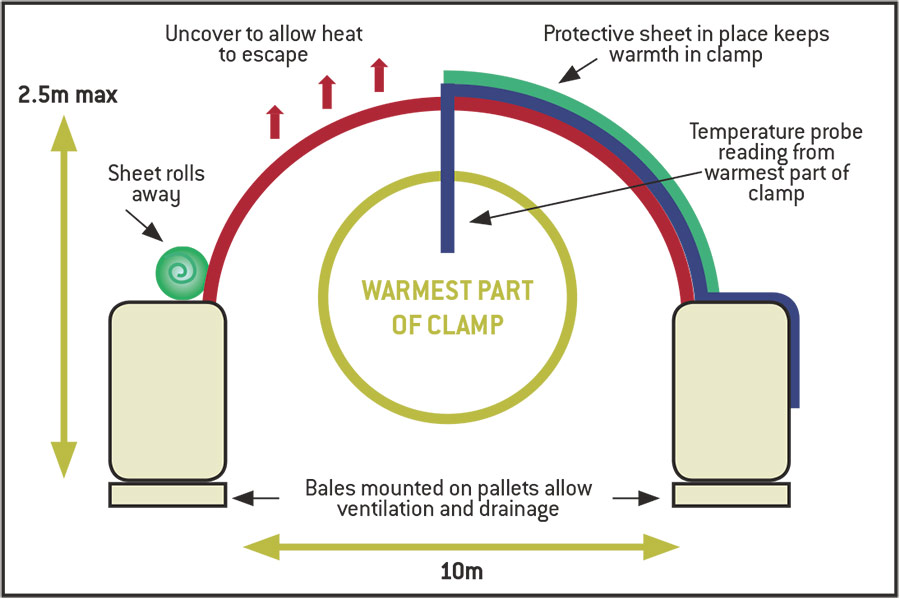 Mr Smith grows about 1,000ha of sugar beet alongside a mix of combinable crops across 2,500ha between Ely and Newmarket on the Suffolk/Cambridgeshire border.

He runs his own operations and machinery from drilling through to haulage, primarily into the Bury St Edmunds and Wissington factories.

“Just-in-time” harvest and delivery is used wherever possible, with beet tipped on the headland temporarily for two to five days before being loaded with a conventional CTM 9003 cleaner loader.

“We aim to carry as much dirt as possible through the harvester to cushion beet and ideally tip it on the floor just long enough for dirt to dry off,” he explains.

“We try to prevent as much bruising and root breakages as possible by not pushing heaps up with the bucket or running trailers into the heap. For short-term storage I’m not worried if there are humps and hollows in the heap.”

“We can travel on our light, black fen soil most of the time, so wet weather is not normally a major factor, but being low-lying means frost can be an issue. If we see a really cold spell coming, we will lift the beet and protect it in a conventional clamp.”

Clamps are built using existing concrete pads, with bale walls sitting on a pallet base to aid airflow and drainage. Once again, Mr Smith avoids pushing up the face of the heap with a loading shovel to minimise beet damage.

“We don’t tip loads up high or run trailers into the heap. We do level out the biggest humps and hollows, but this is usually done by hand, or foot, rather than by machine.”

Mr Smith monitors clamps closely for any signs of storage issues developing and while he is not currently using temperature probes, he believes this could be an option in the future. He is just about to begin a BBRO project to examine temperature control in heaps.