Devon Grain’s 20,000t facility in Cullompton, Devon, was built as an 8,500t bin store on a greenfield site in the early 1980s, but is now part of an industrial estate surrounded by a diverse selection of businesses.

“Apart from being positioned alongside a junction of the M5, we have gained two more advantages from our location,” points out site manager Duncan Lyon. “A mains natural gas supply for the dryer burners, and an ABN feed mill on the other side of the road.

“We have looked at installing a conveyor to send feed grains straight into the mill but, of course, everything we sell has to be weighed to trade standards, so we are still shipping consignments across the road by lorry,” Mr Lyon adds.

Three of a kind

With three out-loading hoppers available to fill bulkers, haulage contractors benefit from quick turnarounds of typically 6-7 minutes, although a record 4-minute turnaround from weigh-in to weight-out was achieved for one 29t consignment.

There is plenty of intake capacity too, with two drive-over pits and one reverse-in pit, and 100t/hr elevators to get crops into the half-dozen 300t intake silos and eight 120t hopper bottom bins.

A further 15 silos from 850t capacity provide the main storage, including two 17m-diameter 2,500t Bentall Rowland bins that sit on the same base as the 1,700t bins they replaced.

Supplied by TH White Installations, the site contractor for the original complex and all subsequent upgrades, the taller bins illustrate one of the constraints of the site. With other businesses having arrived on all sides, the only way to gain more capacity is to build upwards. 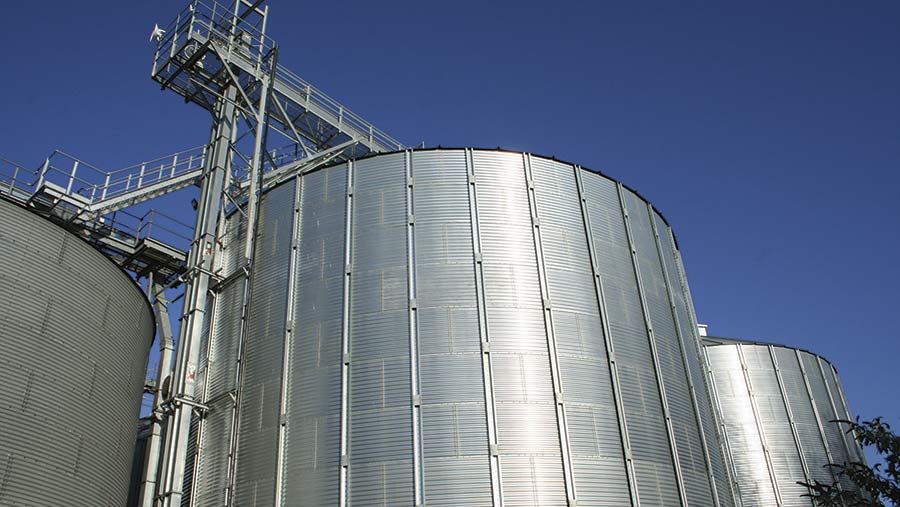 “We have also put in four new Perry conveyors to replace some very tired Carier units and taken the opportunity to increase handling capacity from 60t/hr to 80t/hr,” says Mr Lyon.

Bin storage provides the segregation needed for Devon Grain’s 100 or so members, who supply both organic and conventionally-grown crops.

Feed barley and a small amount of malting barley accounted for 22% of storage from the 2016 harvest; milling oats 14% (it’s a popular break crop in the area); oilseed rape, feed beans and linseed a further 15%.

Wheat accounts for the other 50% of the total, with separate storage for Group 2 milling wheats available in 2016 for the first time in many years.

“It’s not easy to hit quality standards, given our climate in the south-west, and there are no local outlets so there needs to be sufficient premium to compensate for haulage costs,” he says.

“But with little or no yield penalty over pure feed wheats from the highest-yielding Group 2 varieties, some of our members decided to have a go and we are providing the testing and separate storage required.”

Good intake capacity and an “open all hours” policy means about 60% of crops are delivered straight from the combine – by tractor and trailer in the case of the closest growers.

This saves the time and cost involved in double-handling when crops have to be temporarily held on-farm.

“In some cases, farms literally have nowhere to hold grain on the floor. So although we are officially open 7am to 7pm, if growers let us know they have grain to deliver we will stay open as long as necessary to keep the combines going,” Mr Lyon says.

A significant upgrade in drying resources has helped post-harvest operations over the past couple of years and tackled a potential bottleneck as yields and combine capacity have increased.

A mid-1980s, 29t/hr continuous-flow dryer is still in good shape, although Mr Lyon says it has virtually been replaced in terms of the parts that have been changed and renewed over the years.

However, the bulk of the drying is handled by a twin-column continuous-flow unit capable of 64t/hr extracting 5% moisture. 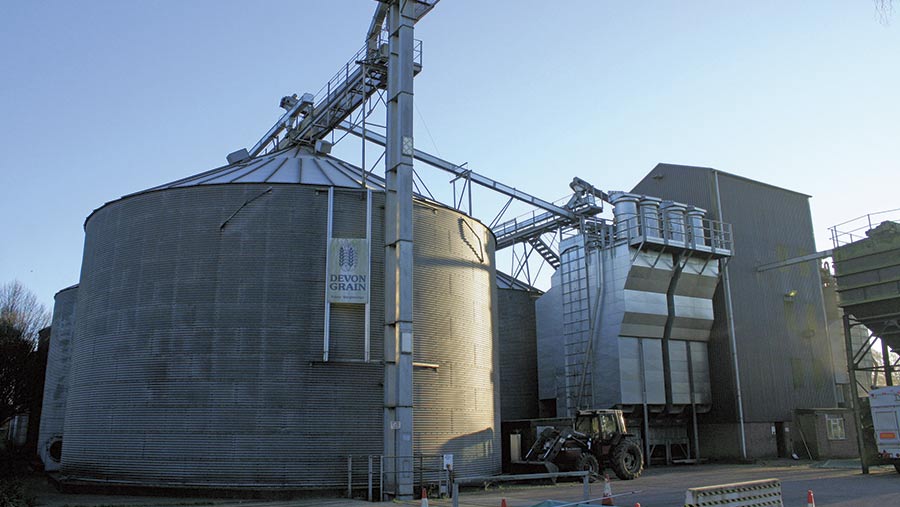 With numerous relatively small quantities of different crops being delivered to the store, being able to operate the Perry dryer as either a single unit for maximum capacity in a wet season or as a 32t/hr dryer with different crops in the two columns has transformed drying management, says Mr Lyon.

“With our previous dryer, changing from one crop to another would take about five hours by the time the last fill had been dried, cooled and discharged to store, and the columns cleaned and then refilled,” he explains.

“Now, we can fill the second column with wet crop and switch over as soon as the first column is empty, which has increased our drying throughput enormously.”

Although Perry of Oakley’s location just a short drive from Cullompton made it an obvious candidate for the dryer and recent elevator and conveyor upgrades, the company came through a competitive tender process. Mr Lyon adds that it has delivered in terms of product and back-up service.

“The touchscreen PLC controller for the dryer works tremendously well and is very intuitive in the way it’s used,” he adds.

“We mostly have staff on site whenever the dryer is running, but the remote access by computer or smartphone is very handy at times.”

The “white board” material used for the scheme layout of the grain handling equipment has also proved effective in a rather more low-tech way. 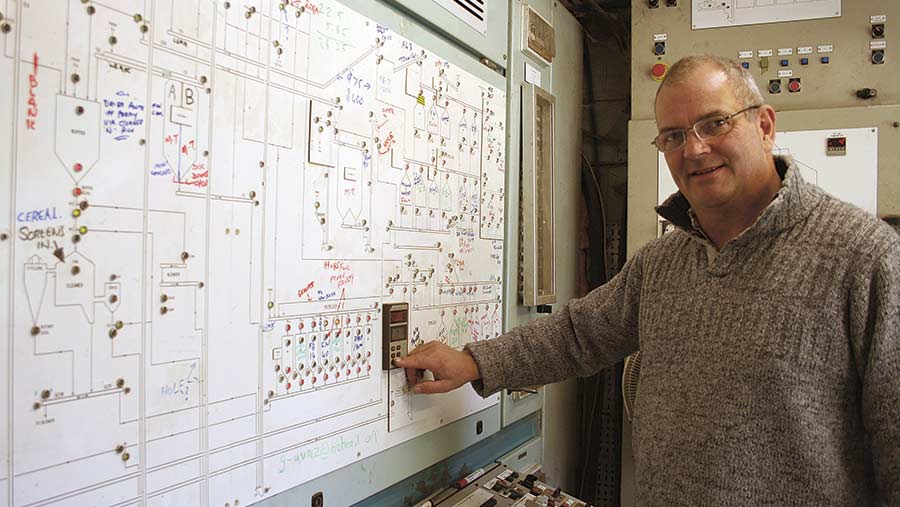 The originally pristine appearance of this interface for the PLC control system supplied and upgraded as necessary by Devizes Control Systems, has since been sullied by hand-written notes and labels.

“But that actually works really well: one look at the board tells you what’s in each bin, so there’s no need to go cross-referencing bin numbers with paper records,” says Mr Lyon. “Often the simplest solutions are the most effective.”