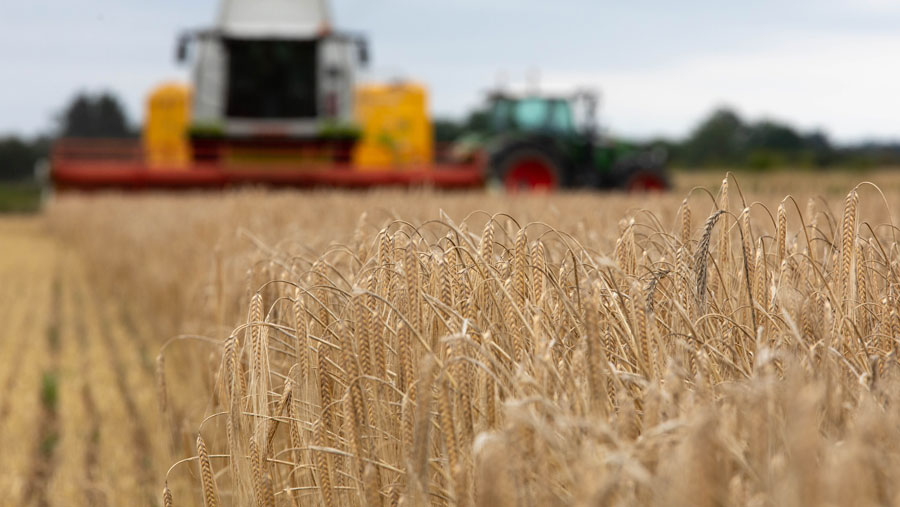 Yield variability appears the main theme of harvest this week, as farmers in England get stuck into barley and oilseed rape crops, with some malting barley crops failing to meet quality specs.

In Wiltshire, James Stafford has finished combining his 36ha of Orwell winter barley at Pickwick Lodge Farm, Corsham, with variable results. Yields ranged from 5t/ha to 8.2t/ha, depending on the water retention of the soils.

“On the heavier ground it did well, but anything on lighter land was a disaster – and most of our ground is stone brash,” he says.

Mr Stafford thinks the barley will average out at 6.9-7.2t/ha. “It’s probably not too bad considering the year.” Bushel weights were around 62-63kg/hl – just about making spec – but screenings were fairly high, which is unsurprising given the drought conditions during grain fill, he adds.

His oilseed rape will likely be ready in the final week of July. The 24ha of Barbados was grown as a low input crop with only one fungicide and one herbicide, so that if it had failed over the winter, Mr Stafford could plough it back in and plant a spring crop.

“It doesn’t owe us a lot, which is why we grew it with the approach of low input, low output – to make a margin.”

Split between two-row and six-row varieties, the 45ha of winter barley yielded 3.6t/ha and 6t/ha, respectively. “The two-row Maris Otter was particularly frustrating as it didn’t meet spec,” he says.

The oilseed rape was also a mixed bag with variable yields of 3.3t/ha on lighter land and 4.12t/ha on heavier soils. “For the year, it’s not too bad considering the wet winter and spring drought. It’s been the highlight so far as we only use digestate on it which cuts costs.”

Mr Wombwell’s winter oat yields were especially irregular, ranging from 3.5t/a to 8t/ha. The 97ha of organic oats averaged just over 4t/ha, while his 41ha of conventional oats are expected to achieve 7t/ha on the weighbridge.

The combine has started to roll through his wheat with 81ha of 405ha harvested so far.

“We had one field of Kerrin that yielded 7.5t/ha and another the other side of the hedge that did 9t/ha – it’s extremely variable. But I am holding out some hope as we are only on the light land and the wheat on the heavy land still looks slightly green.” 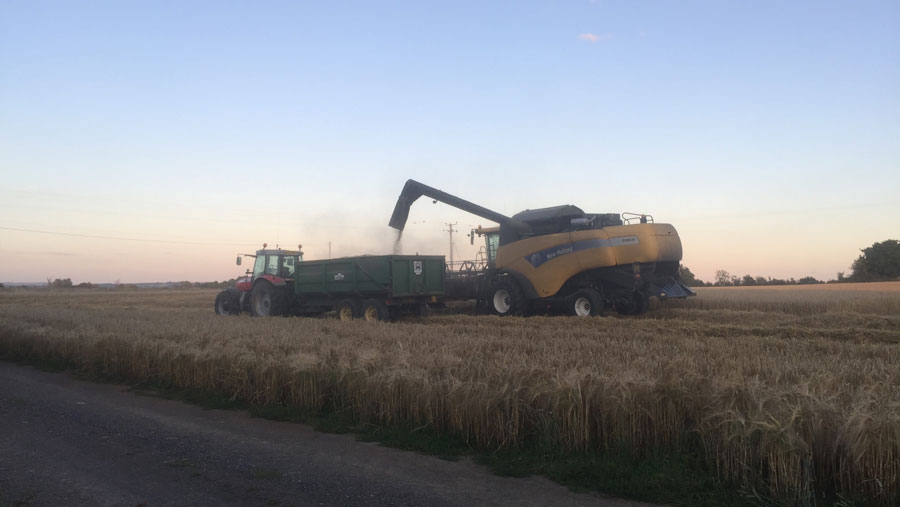 Yields aren’t going to break any records either for John Sewell at Harcourt Farm, Godmanchester, Cambridgeshire, but he isn’t too disappointed given the season.

His 57ha of Nizza, Elgar and Butterfly oilseed rape averaged at least 2.5t/ha, with Elgar dragging the yield down.

The 61ha of hybrid winter barley averaged an unexciting 6.2t/ha.

Mr Sewell anticipates getting into his oats and spring barley within a fortnight or so, though some neighbours have started on wheat. “I don’t think the harvest will be too disappointing.”

Moving up the coast to Suffolk, winter barley yields were down by 2.5t/ha on average for Tony Pulham at Hugh Pulham Farms, Stowmarket. “Some have done 6.9t/ha and others have done 8.4t/ha but our average is usually 8.6-8.9t/ha,” he says.

Mr Pulham is due to start combining his oilseed rape today (24 July). His 45ha of  Exstar and 90ha of Aurelia look fit in the field, but the headlands do not look so good.

“I think the headlands will bring the whole field average down.

“But you win some, you lose some, and the weather is totally out of my control, so I can’t worry over it.”