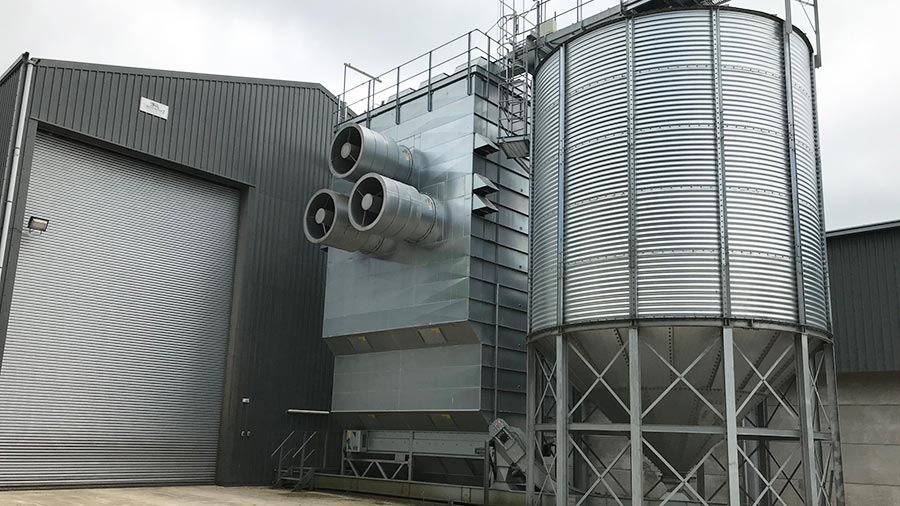 When it came to replacing and upgrading an outdated grain drying set up, one Oxfordshire farmer saw it as an opportunity for an attractive new income stream at the same time as solving a key pinch point during harvest.

He opted to establish a new central store, replacing the old one on a new greenfield site.

We speak to him to find out what’s involved. 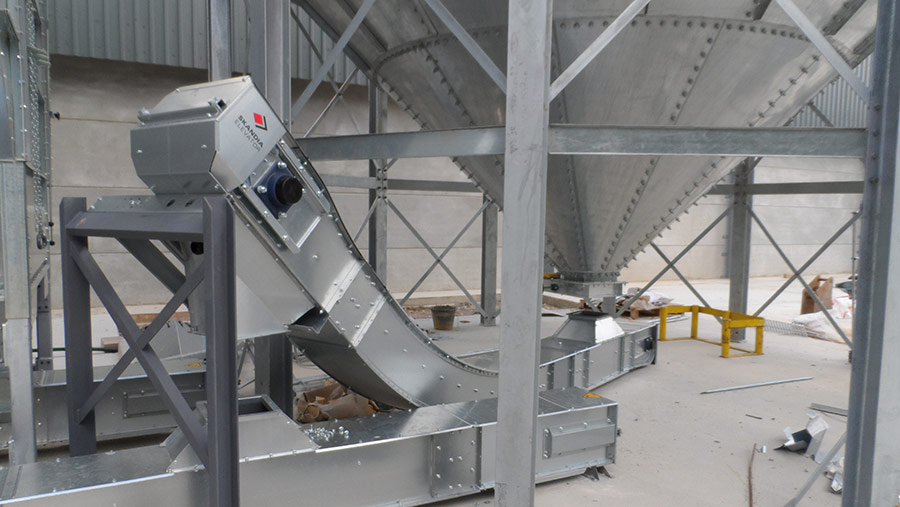 Why did you opt for a greenfield site rather than upgrade the existing system?

The existing store was largely outdated and had minimal capacity; with combines increasing in size, the grain store was the weakest link.

Either we needed to buy space in other stores or bite the bullet and build a new one – that’s what we did.

We were also converting a lot of units at the time, so we decided to turn the old grain store into industrial units.

Why did you decide to go for a larger, central store?

Diversity is key for us and we wanted to rent space out to local smaller farmers.

Many of the original stores are at least 40 years old, and the inefficiency of those systems is increasingly evident.

We thought there might be an influx of farmers wanting to rent storage as opposed to renovating older stores.

But the quickest way to fall out with your neighbour is if you encounter a problem – say, their moisture meter says 17% and mine says 18%.

All crops delivered into our store by individual farmers have already been purchased by Frontier Agriculture; we supply the storage services for Frontier, which also deliver crops to us using its own transport.

What were your must-haves? What specifications did you want?

Our thinking was that if we could offer something better, quicker and more efficient, there was no reason why any of the big companies could turn us down as a central store – we could offer a service that’s second to none.

We can tip 100t/hour – the turnaround is very quick and efficient.

There are a lot of hoops to go through if you’re going to store grain for others. You’ve got to tick all the boxes, including having to be Trade Assurance Scheme for Combinable Crops and Red Tractor compliant.

We wanted all of our machinery, dryers and adjusters to be easily accessible. We also have blockage sensors, so if there is a problem, they will shut everything down until it’s fixed. 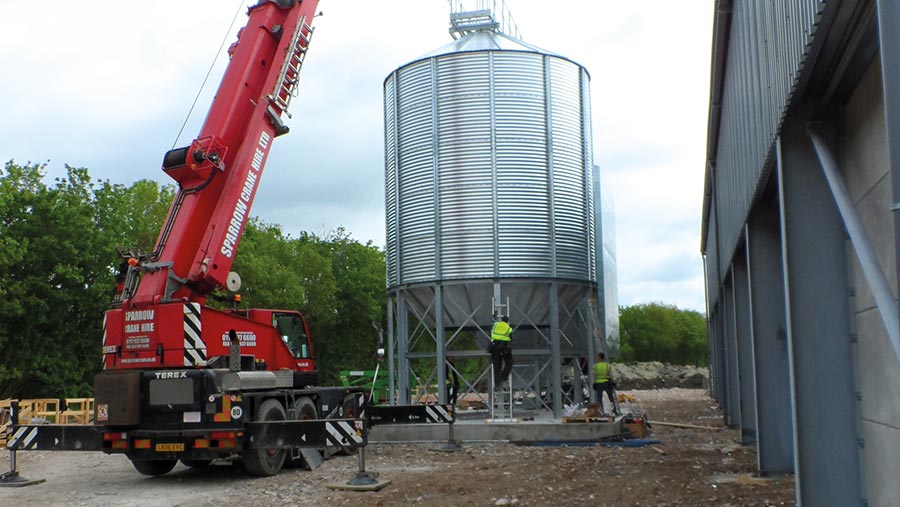 How did you decide what system and capacity to opt for?

Trevor Nash, director at Nash Grain Services, suggested we talk to BDC Systems, who said we should upgrade our original specification – a pedestal solution – to an underfloor aeration system.

This allows us to store wheat, barley, oats, beans and oilseed rape up to 6m in depth, which we can guarantee to cool.

We assessed the budget to get it up and running, and agreed to the quote of £450,000 on the first set of buildings.

How difficult was it to get planning permission? Any tips?

It needs to blend in to the countryside, so we took our time with the planning.

We went in with a pre-application, and took advice on what the council would like to see and took their suggestions on board.

Then when we put the planning application in, we didn’t have any problems; it’s important to work with the council.

Initially, we applied for just the one store and the dryer. We took the view that if we applied for all three stores at the same time then the planners would turn it down.

So we did it in stages, which made it more manageable. We also wanted to have the first store up and running for people to see before expanding. 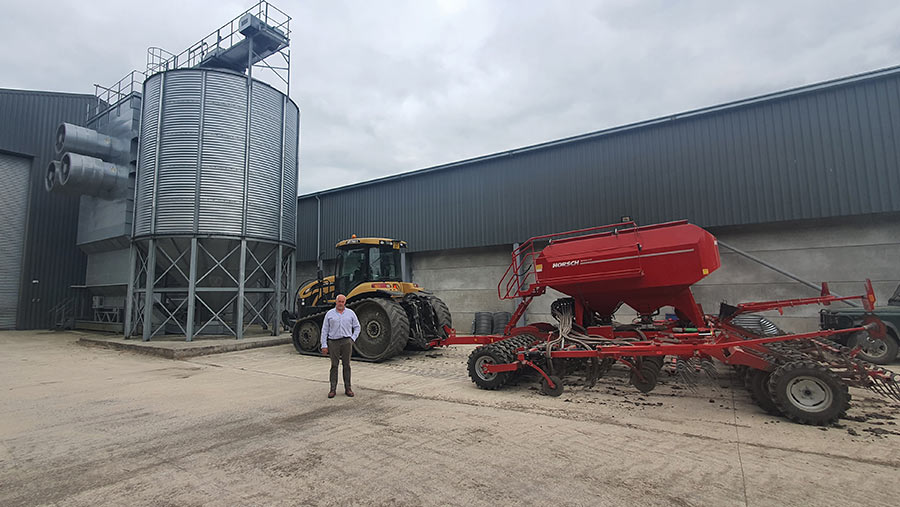 We can now store nearly 16,000t of grain. With everything these days, it’s about size and numbers – there isn’t much money in agriculture, it’s all about quantity and efficiency.

We did have to have a noise monitoring session – someone came to check how many decibels the dryer would make when it was drying, to ensure it wasn’t too intrusive.

The planning cost a fair bit of money, as these things do, but it was worth it.

What did you do to future proof the store?

If the new Environmental Land Management (ELM) scheme comes in and there are reductions in the amount of grain available, so the store no longer works for us, we can look to turn it into industrial units.

You’ve got to always have a back-up plan. We could convert the shed quite modestly. 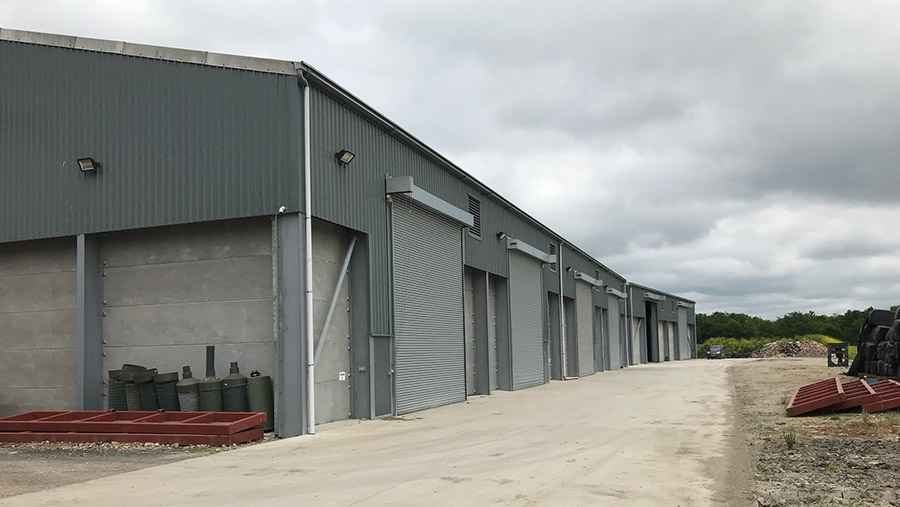 We have the electric capacity – so, if anyone is looking to do the same, make sure the buildings are high enough to convert and add a floor, so you can diversify if needed.

How did you stick to budget?

The kit that was installed remained within budget. The only thing that went over was extra concrete to make bigger aprons for lorries to turn around.

That went way over budget – we spent an extra £58,000 on concrete. But it’s worth it – if you have customers like Frontier, you have to have a professional approach.

We would recommend being conscious of your water tables. We have a massive tipping pit and needed a drain round the bottom of it to take off the pressure.

Also, the electricity was a big problem. For the first two years, we used our own generator to run the site because we locked horns with our electricity provider.

They charged us £62,000 and now we’ve got enough electricity to double the size of our capacity. 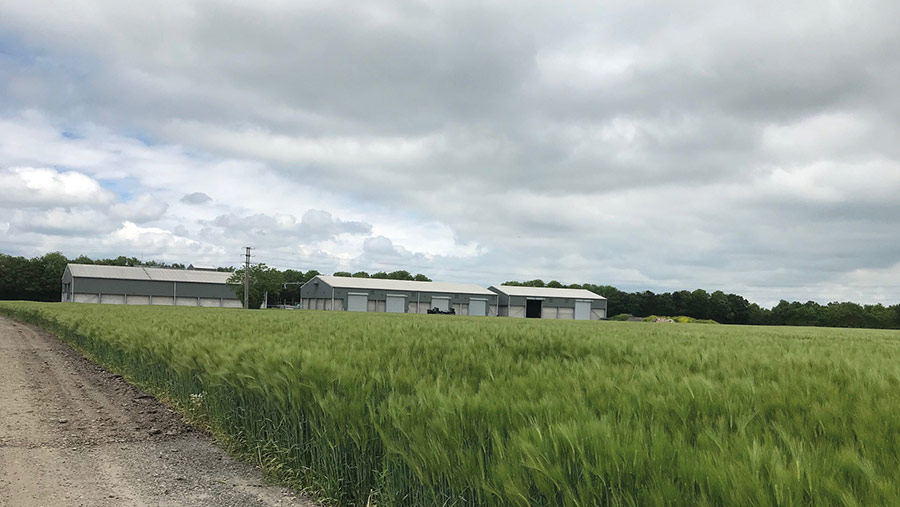 We don’t think putting in a new store and dryer would stack up with a farmer of 120ha – if it would, everyone would be doing it.

We self-funded most of ours using revenue from existing industrial units. At the end of the day, we took a broader picture.

If things do go wrong, we have some good buildings that we can change the use of – and it’s far easier to get planning for anything agricultural than industrial.

What are your future plans?

There is one thing that we are considering which wasn’t available at the time – BDC’s Moisture Monitoring System – which takes grain samples from both the incoming elevator and outgoing elevator.

If grain is getting dried to 14%, it detects if it goes above or below 14%, and sends a text message alert allowing us to remotely change the control on the dryer to suit what is required.

It’s an efficiency thing – you’re not using fuel and electricity that you don’t need.