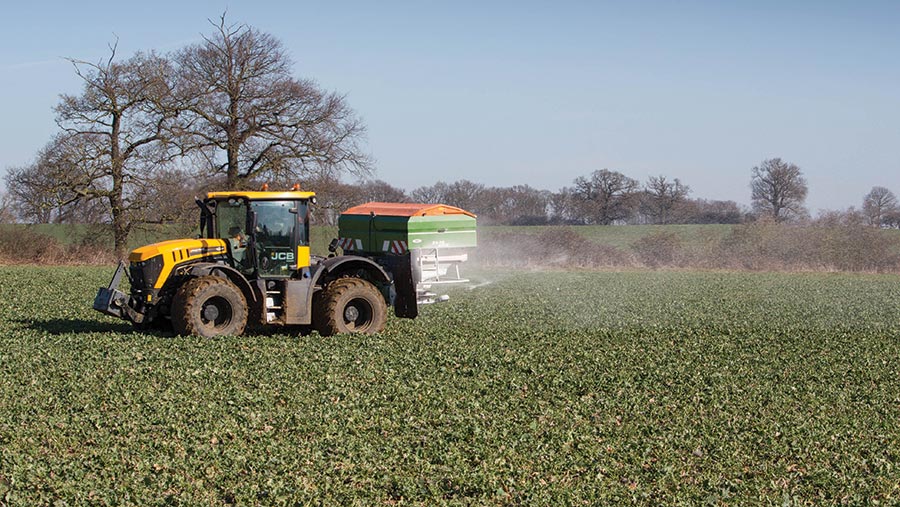 Forward crops of oilseed rape are now at the stem extension stage and growers are being advised to apply fertiliser to help build the canopies needed to reach yield potential.

However, soil testing has revealed lower-than-normal levels of soil mineral nitrogen and this will need to taken into account when calculating fertiliser rates.

Finally, once it starts to dry out, care needs to be taken with cultivations for spring drilling, as most soils will be compacted, wet and lacking structure.

The challenge is to complete this report without mentioning the weather. It is hard to believe that next week it is the first of March and we have seen two months of the year disappear.

I do not want to count the number of hours that I have sat and listened to experts wax lyrical about soil and its wholesale mass destruction.

We are all fleeting custodians of the earth we walk on and no one sets out with a mission to destroy this precious commodity.

See also: How to use PGRs to manage roots and tillers in cereals

The coming season is a true test of the resilience of our farming systems and we will all do well to remember the “Kiss” acronym, namely Keep It Simple Stupid.

Drill as conditions allow, ensure nitrogen, phosphate and potash are available as soon as possible and that is it.

It is not about growth promoters, biostimulants, growth regulators etc.

I admit there are agronomic issues such as weed, disease and pests, but they evolve through the season.

According to the latest drilling statistics, we are looking at a wheat area of about 1.5m ha.

My area is a typical cross-section ranging from 40-90% of what was hoped to be drilled.

Soil nitrogen supply tests reveal the lowest levels I can recall for 15 years, so applying early nitrogen will be a key target in the coming days.

Yellow rust
The forward wheats look very well and have enjoyed the mild winter, and it was no surprise to find yellow rust in the Claire crops.

The sprayers have largely been enjoying a winter hibernation, but the first manganese symptoms in the cereal crops has woken them from their slumber.

This is no surprise when the rainfall in that month was in excess of 170mm.

Wheat drilled from November onwards is also another challenge and timings for fungicides will be a fine art.

Winter barley crops are uncommon this year, but again, those established early look well, but have healthy levels of disease.

Nitrogen again will be key here and we will look to apply about 80% by the end of March.

The ravages of cabbage stem flea beetle have reached our part of North Yorkshire and the number of crops I will walk this year is at its lowest-ever level.

This is due to a combination of failed crops and growers no longer wishing to take the risk.

Sounding like a stuck record, but those crops drilled early look well and have now started to stem extend.

Light leaf spot can easily be found and, where applicable, sprays will be applied.

As each week passes from now, there will be an increasing air of tension as growers “chomp at the bit” to get started on what could be a very long spring.

If you have not drilled your spring beans by the end of March, seriously consider a cropping change, as harvest is likely to be very late.

Two years ago, I had spring barley drilled in the last few days of April achieve 5t/ha and went from germination to harvest in less than 110 days – not brilliant, but not bad either.

All spring crops are very sensitive to soil conditions so take care and be patient.

Finally, a last word to the weather, to all those growers in the flood-ravaged areas, our thoughts are with you and we hope conditions improve rapidly.

I was told this week by one of my customers that water is now lying on top of water and that the “Fed Up Farmer Club” is now full up.

On a more positive note, spring is surely just around the corner, and certainly talk of spring cropping is on everybody’s mind as we approach plan Z.

The winter cereal acreage that was drilled is about 40% of what it should have been and, of that area, about 50% looks OK and the rest is somewhere between poor and a write-off.

A small area of crop was drilled about three weeks ago when we had a few drier days, but these crops have had storms Ciara and Dennis then dump considerable amount of rain on them so they will need watching. Hopefully, they have not rotted yet.

Many headlands that have been waterlogged will need re-drilling with spring cereals or even maize in some situations.

Many of my customers who have not got cereals drilled for wholecrop are now looking at spring cereals for this, but the yield will be less so there could be a shortfall of forage next winter.

The priority when it dries up will be making sure the crops receive nitrogen and we will also be using foliar products and plant available phosphate (where required) to encourage root development in with T0 applications.

Unsprayed crops
Many crops are unsprayed at the moment so grassweed control, aphid control and disease control are going to have to be dealt with even on the poorer crops if we hope to get them through to harvest.

There may be difficult conversations to be had when spending money on poor crops, but these should be based on potential reward for yield gained, with the potential for grain to be sold at good prices – a crop reaching 7 t/ha could be worth as much as one reaching 10t/ha in a more normal year.

Patience will be the name of the game this spring in not doing anything until soil conditions allow. Going too early with cultivations will only lead to poor seed-beds and, therefore, poorer yields.

Cover crops are still growing and will need managing when it comes to destroying them before spring cropping, making sure the appropriate rate of glyphosate is used if grassweeds are a problem.

If grassweeds are not a problem, topping may work just as well.

Make sure you watch for slugs as I would think they will be a problem in spring crops looking at how many are in the garden at the moment.

Since my last article back in November, the weather has remained unsettled, with impact of storms Ciara and Dennis well and truly being felt still on farm, with the associated rain falling on already saturated ground putting a halt to any field work.

Once conditions improve, there will be a huge amount of field work to catch up on, with large areas of land still to be drilled, as well the early management of the winter crops that were established, which vary significantly in terms of growth stages, weed pressure and overall viability.

Decisions around application rates will need to be adjusted according to soil conditions at the time, with wet soils early on requiring a more modest approach.

If available, on-farm products such as DAP and NPK compounds are a great way to supply early, fresh-water-soluble phosphate to encourage root growth.

Residual herbicides
One big positive from the season on crops that have been established and where sprayers have been able to travel, has been the opportunity to control grassweeds.

Autumn moisture levels and later drilling has led to large flushes being controlled, and where residuals were applied, they have worked exceptionally.

This again makes nutrition important, and not just nitrogen.

Sulphur, magnesium and boron are all important at this stage to help support cell growth and chlorophyll production during its spring growth.

If intending to use, bear in mind it must be applied between 1 March and before flower buds are visible above the crop.

With discussions around the viability of certain fields being too late to spring drill if the season persists with further wet weather, the only option maybe to fallow.

If this becomes the case, careful management is required and a cover crop is essential to maintain structure and present a good entry for the following crop.

Do speak with an adviser to discuss mixes and varieties best for your soils and future cropping plans. 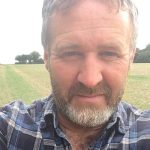 Across the South East, we are now planning how to manage late versus early crops, while turning agronomic thought processes towards spring cropping and the choices available.

With mild, wet weather prevailing, early-sown crops on lighter, free-draining soils have started to grow away.

In both scenarios, the priority now is to get some nitrogen and sulphur on these crops.

The addition of 20kg/ha of elemental sulphur as an early-season application will balance nutritional requirements and lead to better crop quality.

Stem extension
Oilseed rape crops are at stem extension and these too will need higher applications of N and S if we are to start building canopies required to reach yield potential.

Due to high rainfall levels since planting, soil mineral nitrogen and sulphur levels are severely depleted.

We are typically finding 20-40kg/ha of soil mineral nitrogen (SMN) this year compared with 60-80kg/ha in a normal year.

Where fields are yet to be drilled, spring cropping now looks the most viable option.

To try to keep rotations in line, priority will be given to establishing spring wheat and oat crops, which can return respectable yields if drilled by mid-March.

Field beans and peas are likely to make up the bulk of the spring breakcrops – the latter being suited only to lighter, free-draining soils.

As ever, care needs to be taken with cultivations as most soils will be compacted, wet and lacking structure due to the sheer weight of water that has been baring down on them.

As my crop production lecturer at Wye College used to say: “Well sown is half grown’’.