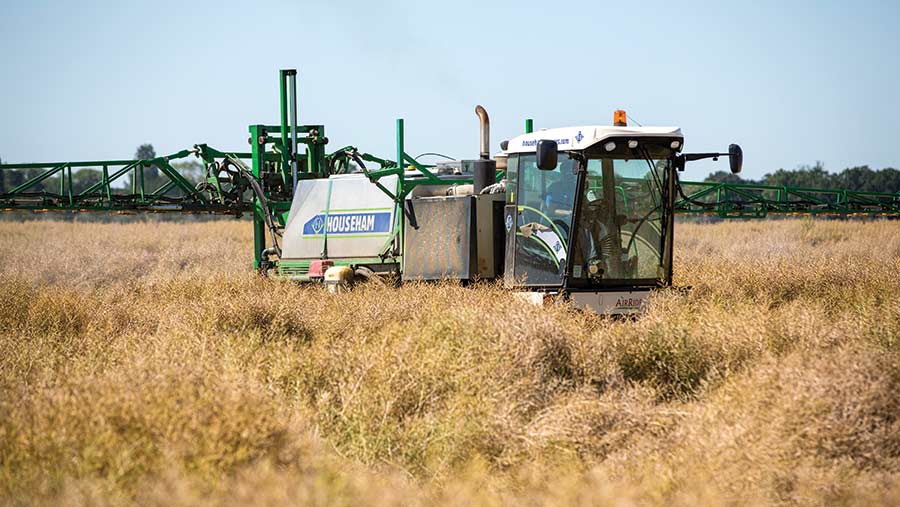 Some oilseed rape is beginning to turn but our Crop Watch agronomists are warning pod sealant may be needed this season to deal with second waves of “mini-flowering” and ensure elasticity for desiccation.

Choosing when is the right time for desiccation will be a lottery in some areas thanks to crop variability.

Since I wrote last, we have had little to no rain and some of the crops could really do with a drink as I have seen some leaf roll on the flag leaf this week.

The winter barleys are beginning to turn and if the dry weather continues we are in for an early start to harvest. In general, the barleys are clean but thin as they lost tillers in the spring, especially where fertiliser applications were delayed.

The crops are generally short so straw yield, which is very important in our area, will be low. The straw auctions will take place over the next couple of weeks and the talk is of high prices.

The spring crops are a mixed bunch. The crops sown into good seed-beds and drilled well are looking OK.

The early drilled spring barley is well out in ear now and look very clean. The later-drilled crops have shot through the growth stages and are now just showing awns, but they are very short and barely up to my knee.

Some late-drilled crops in poor seed-beds are very patchy due to germination and yield will be well down on these.

The maize crops have mainly had a good star, but, again, seed-beds and drilling have been an issue. The seed-beds were drying out very quickly when being cultivated and cloddy seed-beds were inevitable.

Some seed has been in the ground for five weeks and hasn’t germinated, this will now never be any good, if only the drill had been set to sow deeper the seed would have seen moisture and may have stood a chance.

It’s my pet hate to see seed on or just under the surface and then not germinating.

We have drilled some maize in trials with just various biostimulant dressings to see if we can grow it without Mesurol as it’s up for re-registration in July. All I will say is the rooks have had a field day.

The “clean” wheat of May is now showing what was lurking beneath the canopy. Spray misses are like a miner’s canary for early warning of disease and usual suspects (Skyfall, Zulu, Claire) are showing yellow rust building.

Brown rust is not difficult to find, particularly in Crusoe, and septoria is widespread on L3 and working upwards.

Some locally taken tissue tests of winter wheat are showing alarming deficiencies including of nitrogen and sulphur, in crops that had received plenty of both but have struggled due to having “wet feet” for most of the winter and not developing an adequate root system.

This has been exacerbated by compaction from May storms – 60mm in 15 minutes. 60mm equates to 600t/ha – in places it has ruined the soil structure, and leached nutrients away.

Consider this when planning post-harvest cultivations. While planning – if you haven’t sprayed off or rogued bad grassweed patches then score your fields from 0 (“clean”) to 10 (“lawn”) and plan harvest to follow that order.

Winter barley and oats are beginning grainfill. Spring barley and oats romped away and it’s been a struggle to keep up with them on strong ground due to wind. Final fungicides are either on or imminent.

Rapeseed is looking generally good. Some rapeseed raced through flowering to podset very rapidly, and over the past fortnight has thrown some axillary shoots to a “mini-flowering” which looked disconcertingly like charlock. As much use too – avoiding red seed could be tricky. Splitting pod sealant applications may help.

Spring beans will be getting their second fungicide application shortly. There was Black Bean aphid in winter beans, but I try to hold my nerve until this week in June – and it’s paid off again.

Fortunately, no Bruchid spray was required until this week as that tends to knock the beneficials and Pirimicarb (aphox) is then needed to curb the aphids. Talking of which, I am seeing numbers of rose-grain aphid building on the ear in some areas. Individual plants with barley yellow dwarf virus in field are common even where Deter-treated seed was used.

Without Deter it is very clear the pressure was high, as even with an autumn aphicide the wheats show a high level of infection.

With conditions remaining dry crops are accelerating their growth towards harvest.

Oilseed rape has fully podded, with lighter land seed already beginning to turn. Pod sealants are being applied to the crop to ensure maximum elasticity and also to protect the tramlines.

Encouraging them to lean over while the stems are still green allows the desiccant to go on later without snapping the stems and potentially losing them.

Although desiccation is a few weeks away, when applying glyphosate add an adjuvant containing ammonium sulphate to speed up the kill of problematic weeds such as thistles, as well the desiccation of the crop.

If nothing else, a water conditioner should always be added to the tank before glyphosate to buffer against hard water and retain the efficacy of the herbicide.

Winter wheat crops have all received there T3s, and attention is now on nitrogen levels to ensure crops meet or exceed quality specifications at harvest.

The best way of assessing whether applied nitrogen to date has been adequate is to take test flag leaves, either by collecting samples and sending them for analysis or using hand-held monitoring units.

Applications of foliar N such as Multi N on the ear can increase protein levels up to 0.5%, which can make the difference between full and lower specification milling wheat, but make sure you have sufficient availability within Nmax.

Manganese and magnesium are being applied as a matter course to sugar beet, and where the crops are backward, foliar biostimulants are being applied to mitigate against abiotic and biotic stress, safeguarding the crop during early establishment and the key yield-building phase.

Aphid populations within cereals remain low, however pulse aphids continue to increase with pea aphid and black bean aphids reaching thresholds and pirimicarb is being applied with fungicides.

Pea moths have been caught in pheromone traps, so continue to monitor traps and the PGRO website for population levels.

Bruchid beetle activity remains higher with the increased temperatures. Spray timing is critical and should be based upon the simple criteria of pods being present, and the temperature having reached at least 20C on two consecutive days. 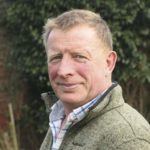 Cereals is always a watershed for agronomists as it’s the first time we all get together to discuss the past season.

The journey to Chrishall Grange was a sobering event as all our weed problems were clearly visible from the Vale of Pickering to Duxford. Blackgrass, oats, brome, poppy, mayweed and ryegrass to name a few, meant the discussion had a pessimistic air.

The plots at Cereals were a stark reminder of what brown rust infections can do in wheat. However, even this is unlikely to force another spray application.

Soon it will be desiccation time for rapeseed and, at this point, I will seek some miraculous intervention. The variability in many crops means the timing could be like buying a lottery ticket. At some point we will have to pull the trigger and decide if we add sealant.

This spring has been the ultimate challenge for spring drilling, with March and April yielding more than 175 mm of rain. However, the majority of crops look well and now have ears emerging.

The only disease of any significance has been mildew in stressed crops, but the risk of ramularia means that a final ear spray based on chlorothalonil is being planned.

In an attempt to tackle the poppies that has been providing tourists traveling to Scarborough with a Monet-like scenery, I have used the new Arylex Active and, at the moment, the A64 to Scarborough is not a crimson vista.

Oats and beans have grown rapidly and remain clean. Spring beans are flowering and black bean aphid can now be found, which could mean an aphicide if conditions remain settled or predator numbers do not build.

Inevitably, Cereals is when all seed houses try to convince to invest in their latest offering. From my point of view the biggest debate still revolves around the makeup of the rotation.

I must reluctantly accept oilseed rape is still an important part. Rapid establishment and light leaf spot resistance are priorities, but the concern of erucic acid levels is starting to impact on variety choice.

While Clearfield does give an opportunity to minimise risk, it comes at a cost. At the moment, I have only the odd crop on charlock infested fields, but I am starting to look where it could be applicable on a wider platform.

We will still see Costello taking a large slice of the winter wheat area but the concerns of Orange Blossom Midge will mean varieties carrying the resistance will be sort after.