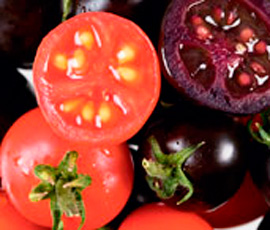 The University of East Anglia has announced a postgraduate degree on food security which will consider the role genetic modification might play in UK agriculture.

The university has launched an MSc in Sustainable Agriculture and Food Security which it says will “help dispel Frankenfood myths”.

Students will learn about the latest developments in irrigation, machinery and plant breeding, including genetic modification.

Course organisers say this is a technique accepted in many parts of the world but still subject to myths and misunderstandings in the UK.

“A world food crisis is almost upon us,” said course leader Prof John Turner, of UEA’s School of Biological Sciences.

“Last year a drought in Russia reduced its wheat harvest by a quarter, the international price of wheat increased, and this contributed to the unrest we have seen in the world’s largest wheat importer, Egypt.

“Graduates of this exciting new course will be instrumental in applying the latest scientific methods to tackle this global challenge. They will be part of the solution.”

The course comes just weeks after a UK government-commissioned report called for urgent action to avert a global food crisis.

The Foresight Report on Food and Farming Futures said food production must be overhauled to sustainably produce enough food for a population likely to grow by 50% in the next 40 years.

The one-year Masters degree will be taught by experts at the Centre for Contemporary Agriculture – a recently-launched collaboration between UEA, Easton College, the John Innes Centre, the Institute of Food Research, the Sainsbury Laboratory, the National Institute for Agricultural Botany and the Arable Group.