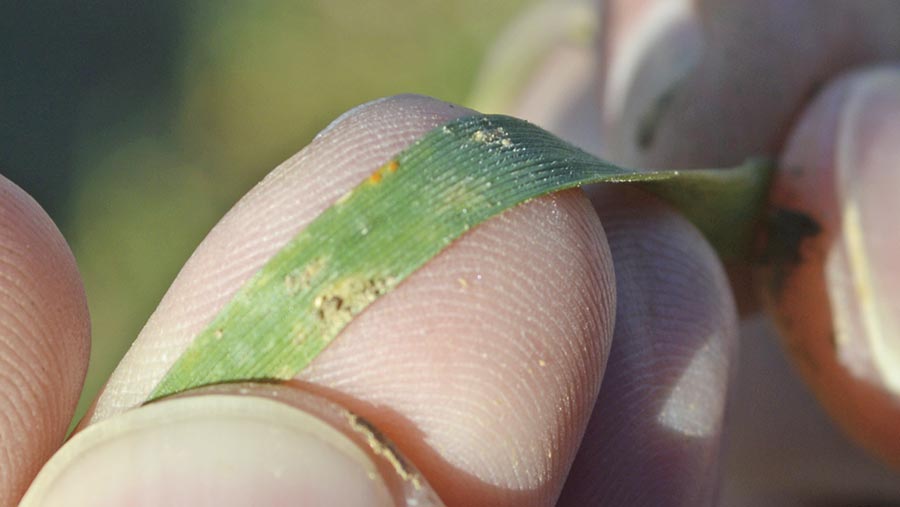 One Dorset wheat crop is looking clean of yield-damaging septoria after James Cossins chose a variety with good disease resistance and late drilled his crop in October.

Septoria is the key wheat disease to look out for on his farm in east Dorset, so he chose the variety Siskin, and the crop looked very healthy and clear of the wet-loving disease.

“We tend to get wet summers here, so septoria is always a risk, therefore we looked for a variety with good disease resistance and which yields well,” he tells Farmers Weekly.

See also: How to keep wheat septoria at bay in a high-disease year

He saw the variety do well in local trials, looked good as a second wheat and it produces plenty of straw for his 340-strong dairy herd and 400 youngstock and fattening cattle.

The variety was grown for the first time last year, giving a good yield of 9.5t/ha on his medium loam soils. With its milling characteristics it can find good export demand from the nearby port of Southampton.

Siskin has a septoria resistance score of 6.9 and is only beaten on the AHDB Recommended List by Sundance at 7.4, where 1 is very susceptible and 9 is good resistance. 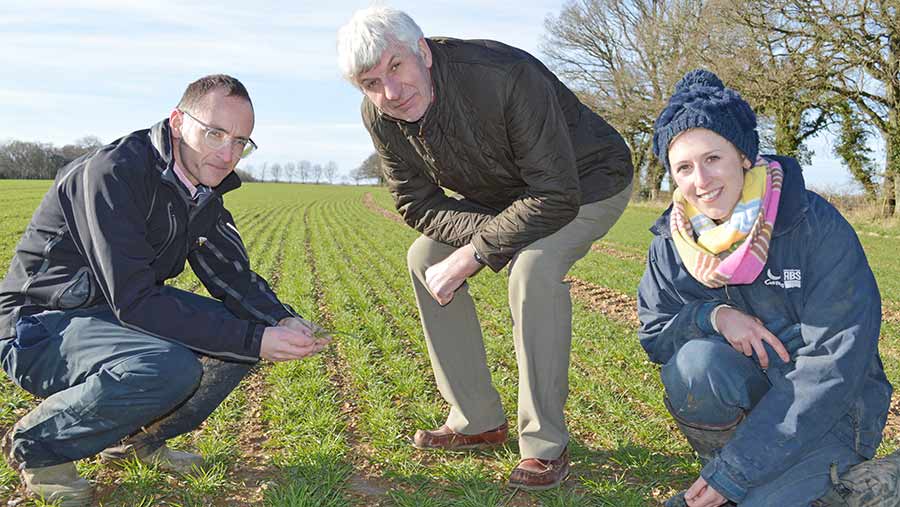 Mr Cossins’s agronomist, Russell Dean with advisory group Frontier, said the crop was clean of septoria, yellow rust and mildew, with only the very occasional spot of brown rust, which can be a problem in southern England.

He was preparing to advise a first T0 fungicide in late March/early April based around the protectant multisite fungicide chlorothalonil with an azole such as tebuconazole or cyproconazole only added if rust was a concern.

A T1 spray was likely to be based around a chlorothalonil-azole combination with an SDHI only added if the weather was warm and wet enough for septoria to develop and spread.

Jonathan Blake, fungicide expert at crop consultants Adas, warned that septoria is always a risk as the disease still grows in the leaves even when the wheat plants stop growing due to low temperatures.

“The cold weather will have checked rusts, but it will have not slowed down the development of septoria,” he says.

Mr Blake argues that there is little evidence that any T0 spray will do much to control septoria, so this early fungicide application should only be used when rust is present or a rust-susceptible wheat variety is being grown.

Mr Cossins is growing 230ha of winter wheat on the 1,055ha he farms at Rawston Farm, working closely with his daughter Georgie. The farm, three miles east of Blandford Forum, also grows other varieties of winter wheat such as Lili, Diego, Shabras and Revelation. It is the AHDB’s Blandford monitor farm in Dorset.