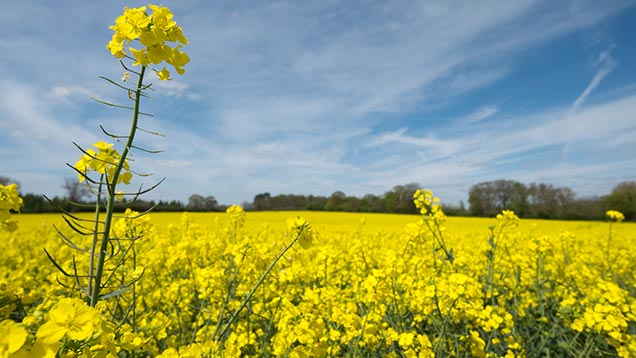 An emergency application for farmers to use neonicotinoid seed treatments on oilseed rape this summer has been refused, the NFU has said.

The union had hoped that growers would be able to use a limited and controlled amount of neonicotinoid treated rape seed to combat cabbage stem flea beetle.

But it said on Friday (3 July) that its application had been rejected.

See also: Decision imminent on farmer use of neonicotinoids

NFU vice-president Guy Smith said: “It is extremely disappointing that we have received a refusal to what we consider to be a thorough and robust application.”

The confirmation follows weeks of wrangling with government officials over the application – a process described by the NFU as deeply frustrating, painful and prolonged.

Defra has the power to allow farmers to use neonicotinoid-treated seed despite an EU-wide ban introduced amid concern that the chemicals are harmful to pollinators, including bees.

The NFU disputes the assertion that neonicotinoids kill bees, insisting the chemicals are a vital weapon for farmers in the battle against pests such as flea beetle.

The NFU said it understood that the Chemical Regulation Directorate and Expert Committee on Pesticides had decided as long ago as May to not recommend approval.

But it had taken “more than a month of confusion” to get this confirmed.

Calling for a more transparent process as the NFU deliberates a second application, Mr Smith said the union had submitted “extensive evidence” to support the need for emergency use.

“We believe that we made a very sound case for our application to be ‘limited’ and ‘controlled’ to the areas which are in need of it, as required,” said Mr Smith.

“We have found the application process to be obscure, inconsistent and confusing.”

Mr Smith said the NFU was not given full information in good time to provide responses to regulators’ questions.

He said interpretation of legislation appeared to have changed and the NFU was left in the dark by government until the last minute, he added.

“All of this despite clear agreement of the need for these crop protection products by farmers.”

AHDB Cereals and Oilseeds estimates that some 60,000ha of oilseed rape either were not planted or were lost due to the unavailability of neonicotinoids in 2014.

This is a loss that is simply not sustainable for the farming sector or the wider economy. It is why the regulatory process to allow emergency use is so vital for farmers.”

Farmers in Denmark, Finland, Estonia, Romania and Bulgaria had been successful in securing emergency use of neonicotinoid seed treatments and would benefit accordingly, said Mr Hambly.

Meanwhile, farmers in the UK would be forced to rely on older, less-effective products that will require repeat applications of foliar insecticides that are less targeted.

Mr Hambly said: “It is taking many steps back agronomically and will lead to further resistance in pests – however, it is the only option farmers have to protect their crop and investment.”

Defra insists it takes a science-based approach when considering whether to grant emergency applications for farmers to use neonicotinoids.

A spokeswoman for the Chemical Regulation Directorate said: “The issue of whether emergency authorisations of neonicotinoid seed treatments can be granted is still under consideration.”

The Country Land and Business Association (CLA) said the best long-term outcome would be to reach a point where neonicotinoids were no longer routinely needed in agriculture.

“However, we are not there yet and in the shorter-term these products are critical for many farmers in growing healthy and viable crops,” said CLA president Henry Robinson.

“We are disappointed in the decision to refuse an emergency authorisation for their use in planting of oilseed rape this summer.”