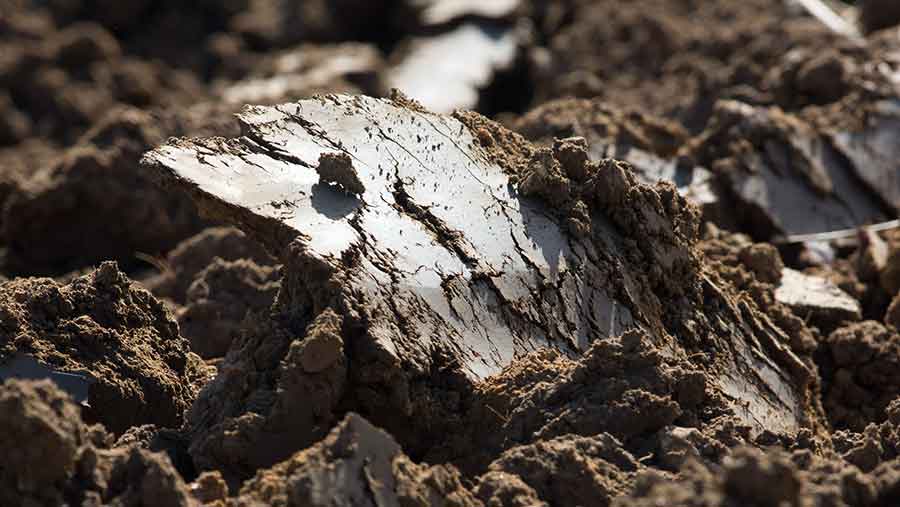 A total turnaround marks the start of a farming couple’s three-year stint as hosts of the AHDB’s new Lincolnshire Monitor Farm at Wainfleet, as they take the plunge and commit to no-till and direct drilling.

Up until harvest 2020, the plough and combi drill were a common sight on the heavy clay farm, which is just 11km inland from Skegness in East Lincolnshire.

Farming marshy soils that rely on under drainage, Gary and Debbie Willoughby set themselves the challenge to learn more about soil health when they took on the business, so that they could make the necessary on-farm improvements.

Their research showed that cultivations could be detrimental to the biological activity required for a healthy soil, so they made the bold decision that the plough had to go.

Mr Willoughby now has a half share in a second-hand Weaving GD drill and has been drilling straight into stubble this autumn, with just one field on the farm being cultivated to 10cm.

“I know it won’t all be hunky dory,” he says. “I am expecting to see a yield drop as we adapt to the new system. Either way, it’s going to be a steep learning curve.”

He points out that he has already spent far less time, money and fuel establishing crops this autumn compared with last, which is an immediate bonus. 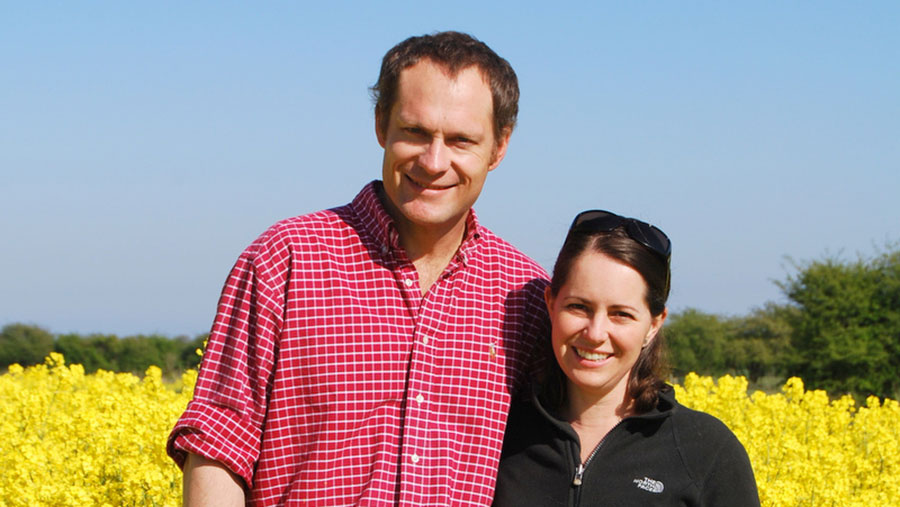 “One question I need answering is whether the pre-emergence herbicides will work as well, given we have got more trash on the soil surface.

“However, it may be that as the drill moves very little soil, we won’t get the blackgrass flush that we were used to seeing when we ploughed.”

The drill has been closing the slot well, he reports. His first efforts resulted in some 20ha of oilseed rape being direct drilled, using home-saved seed at a rate of 8kg/ha, with farmyard manure also being applied. “So far, so good,” he says. “Oilseed rape has had its challenges in recent years, so we will be monitoring it closely.”

This year, he drilled it with a companion crop of berseem clover and fenugreek, to see whether the nutrient cycling and rooting benefits offered by the companions make a difference.

Otherwise, 23ha of winter wheat and 12ha of winter beans are also in the ground already, with Mr Willoughby taking the opportunity of assessing a three-way variety blend as well as his usual feed wheats.

“We tend to go for varieties with good disease resistance, so we’ve put in a blend of Siskin, Extase and Theodore as a comparison and to see what it has to offer.”

The remainder of his 75ha will be spring cropping – barley, wheat and linseed – with cover crops having a place over winter.

Cover crop mixes are always being tweaked, depending on the following crop and the role that the cover crop has to perform.

“There are some eye-watering prices for cover crops,” he says. “I have a rule that I won’t spend more than £50/ha on cover crop seed.”

Previously, he has sown an Agrii mix of rye, radish and phacelia and has also used straight mustard in the past. No legumes are included in a mix where spring beans are going in next.

“This year I had some peas, beans, oilseed rape and barley seed left on the farm, so I mixed them up and stuck them in the ground. We’ll see what happens.”

Not long after returning to the farm in 2014, Gary Willoughby decided to become Basis qualified, and he recommends it to anyone considering the qualification.

As a result, he now does his own crop walking and agronomy, as well as offering the service on some contracted land.

“I wanted to understand more and it’s been a huge benefit to me, as have the others, such as Facts,” he says. “It also means I can shop around when it comes to sourcing agrochemicals.”

Last autumn’s very wet conditions emphasised the importance of drainage to the farm, which is at sea level. Although he managed to get almost 20% of his winter wheat in the ground in 2019, he now accepts that he shouldn’t have bothered.

“It never got going. Our final yields were very disappointing – I should have trusted my instincts more.”

He has spent time digging up areas of the farm with known drainage problems, as he attempts to improve the poorer areas and tackle the priorities. A redrained area of 5.5ha has been transformed, showing that much of the existing drainage is struggling.

Yield mapping has also confirmed the areas where drainage is a major problem, which also tend to be where blackgrass is an issue.

“Our land drainage is coming to the end of its useful life, so we’re exploring all the options.”