The quest for spring oats to be a consistent, profitable crop that meets millers’ requirements continues after another difficult year for getting the best from the crop.

A wide range of results in 2020, with yields and quality being affected by weather extremes at both ends of the growing season, means that millers in England have remained hesitant about the suitability of spring varieties for their processes.

Most prefer the tried-and-trusted winter oat variety Mascani for its stability, better quality and easy milling.

“Spring oats are an inconsistent crop at the moment,” says Gordon Gowlett, of Gowlett Grain, who reports 2020 yields as high as 9t/ha and as low as 3.5t/ha, with specific weights ranging from above 55kg/hl to below 40kg/hl.

He adds that exceptional seasons – blamed for the fluctuations and any failures – seem to be the new challenge for farming, whatever crop you are growing.

“Winter oats are coming under pressure from blackgrass, so in East Anglia we have adopted a collaborative approach to learning more about the successful production of milling oats from spring sowing.”

Independent trials consultant Rosemary Hall, of Crop Research Services, says spring oat research is ongoing, and she hopes there will be more uptake of spring types as newer varieties are grown and go on to meet strict quality requirements.

Three years of work for Jordans/Ryvita has compared the performance of millers’ favourite Mascani, when drilled in the spring, with a true spring variety, as well as looking at the value of growing a cover crop before spring oats.

“There hasn’t been enough work done on spring varieties and whether they do meet the end user’s requirements, or on growing a winter variety in the spring, to know either way,” she explains.

The trials looked at three spring drilling dates – 25 February, 14 March and 7 April – and three different seed rates – 200, 300 and 400 seeds/sq m – growing Mascani as the winter variety and Elyann as the spring type.

Plant populations achieved with both varieties were below target, but when drilled in February the two varieties gave similar numbers. At this sowing date, Elyann at more than 9t/ha outperformed Mascani at about 7t/ha on yield, at all three seed rates.

“A general observation was that we saw higher yields as we increased the seed rate, except for the latest drilling date in April. In that situation, the highest plant number gave the lowest yield,” she reports.

The risk of screenings increased as drilling was delayed, with Mascani having lower screenings than Elyann across the board. The 200 seeds/sq m seed rate gave the highest screenings.

On specific weight, Elyann was better, but values dropped at later sowing dates. Hulling losses were at their lowest from the February drilling date, with the spring variety proving more stable compared with the spring-drilled winter one.

“As time went on, hulling losses increased. They were also at their worst at the lowest seed rate,” Ms Hall says.

Looking ahead to this year, she warns growers about planting Mascani in the spring.

“After mid-February, it’s too late. It will be very slow to mature and that has a negative impact on yield, quality and harvest date.”

From a spring sowing date, Elyann outperforms Mascani, with the highest yields and quality coming from February sowings in most cases. Newly recommended variety Isabel seems likely to do the same, or even better.

Spring oats have been grown by Cambridgeshire farm manager Ian Lutey since 2016, when they replaced a failed oilseed rape crop that had been devastated by flea beetle.

Since then, Mr Lutey has increased the spring oats area from 25ha up to 230ha across the 1,320ha of combinable crops he grows, with yields ranging from 4.5t/ha to 7.5t/ha.

Although the average yield is about 6t/ha, his 2020 oat crop was one of the worst performing – two August storms when the crop was ripe meant that significant quantities were left on the floor.

On-farm trials are helping him to refine the agronomy of the crop and improve its resilience, as he believes there is a knowledge gap with oats. 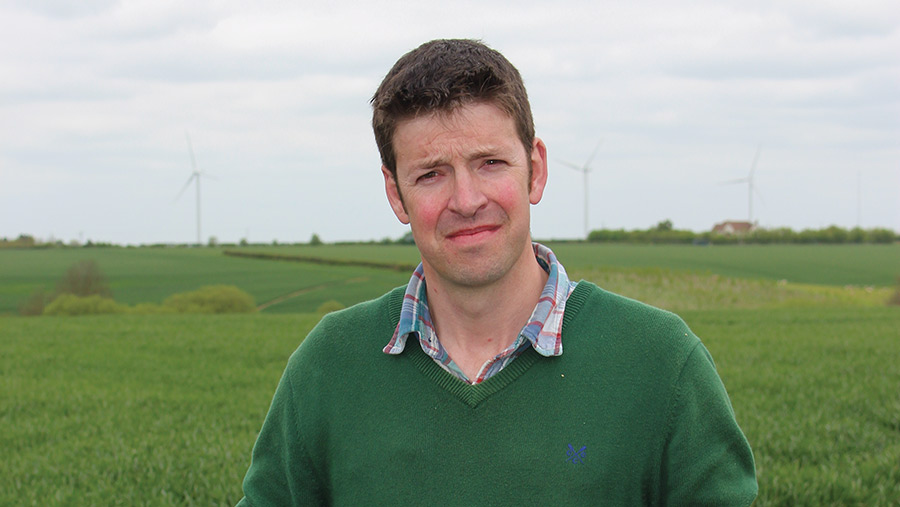 “We’re going to do more on nitrogen regimes, seed rates and drilling date,” he says. “We also want to look at how nutrition can be used to influence quality.”

“That hasn’t necessarily been the case in previous years. The weather has an influence,” he says.

His aim is to get the crop up and away rapidly, with as even an establishment as possible. That can be difficult in dry springs, he admits, with 2017 proving particularly challenging.

“We tried drilling shallower and lost too much moisture, so we ended up with two crops – one which came quickly while the other was delayed. Now we make sure that we drill into moisture.”

Cultivations take place in the autumn to create a false seed-bed, so that he can drill straight into it as soon as conditions are right without losing any moisture.

Spring oats are drilled as early as he can, with a cut-off date of the end of March. “After that, quality suffers too much.”

He has found that spring oats are very responsive to manganese and also benefit from boron and magnesium in drier summers. Tissue analysis is used to check for deficiencies and guide any foliar applications.

Nitrogen rates have settled out at 120-130kg/ha, but he is doing some on-farm trials to see whether this should be altered and has tried various regimes.

“We don’t see extra yield from using higher nitrogen rates in every year and have found it difficult to get nitrogen uptake later on in the season, especially when its dry.”

For that reason, nitrogen either goes into the seed-bed or is on by the three-leaf stage. In 2020, there was a visual difference from later nitrogen, but no effects were seen on yield and quality at harvest.

One of the advantages of spring oats is that most of the weed control can be done with glyphosate before drilling, making it straightforward, says Mr Lutey.

Otherwise, if required a sulfonylurea tidy-up will be done for broad-leaved weeds, before the start of stem extension.

His other tip concerns fields with a wild oat problem. “Don’t grow oats in them,” he warns.

Spring oats race through the growth stages and getting plant growth regulator right can be tricky. As a result, Mr Lutey treats each field for the season in front of him, looking at how dry it is and how lively the growth is, before making a final decision.

His default position is 0.1 litre/ha of Moddus (trinexapac-ethyl), with a second growth regulator used if the crop is “frothy”. He finds a “little and often” approach works best, with two smaller doses being better than one bigger hit.

“They are risky if the crop is stressed. We never tank mix them and we keep a careful eye on the conditions and the crop’s development.”

Make spring oats a harvest priority, as they won’t wait once they’re ready, he warns.

“We learnt that the hard way last year. Two August storms resulted in high losses of oats on to the floor. Get them when they’re fit or you will leave too many in the field.”

Participants in this article were speaking at a recent AHDB spring oats forum.