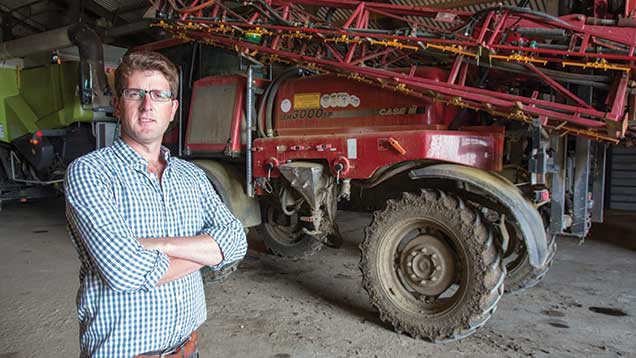 I am concerned I might have done something to upset the staff.

I’ve gone to great lengths over the past few years to create a team around me that leads its field.

Think the Harlem Globetrotters, Toulon or the Galaticos of Real Madrid.

It is with great sadness I found out my part-time help on the farm and my agronomist have both decided to move on.

I would like to thank them for their help and wish them both all the best for the future, as Chris goes back to the family farm and Nina soaks up the sun during retirement in Crete.

Given the turn of events of the general election, the unemployment statistics were suddenly inflated, which means there are now some very employable candidates in the jobs market.

Whether Ed, Ed, Nick or Danny would actually fancy a day on the Fen, let alone a career, I am not wholly convinced.

Just imagine Ed Miliband’s facial expression when trying to wrap his laughing gear around a bacon sarnie with axle grease all over his hands.

There are plenty of reasons to have a good moan – whether about commodity prices, blackgrass or the BPS fiasco.

We really ought to remember the nice fat cheque we receive each year from the benevolent European tax payer, especially when there are farmers in the rest of the world stricken by natural disasters who really are struggling to put food on the table, let alone sell any.

The news bulletins really do put our travails in perspective.

There will be plenty of things to moan about in 2018 if the re-elected Tories allows the referendum that the “people” want. Say goodbye to your BPS cheque.

Yet in the short term our saviour is appearing in the form of a Spanish matador, going by the name of El Nino.

Quite what this weather phenomenon has to do with grain prices is not immediately apparent, other than it is going to send typhoons to the tropics, drought to Australia and generally wreak havoc.

It is sad that this is now perceived as good news for us.