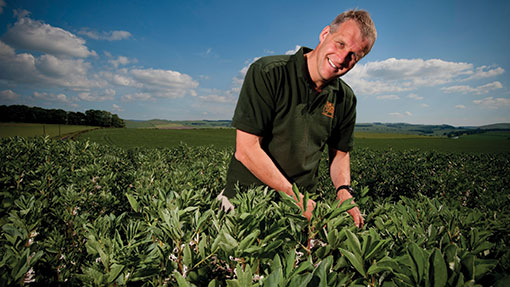 I have to confess that for the first time in my life I did not use my democratic right to vote in the European elections and I am ashamed of myself.

Quite simply, I had completely forgotten about it and only when I saw the 10pm news did the penny drop. It must have been a busy day, and I can’t have been near the radio!

I now know that in the end my vote would not have changed the result, but more than 60% of Scotland’s electorate didn’t vote either, which suggests that they are forgetful like me, or apathetic.

I am sorry to see the departure of former NFUS president George Lyon from the European Parliament. It seems that the colour of the flag under which he was flying was the main reason for his demise, which is a pity, because it was useful having a man of his background in such an important position.

Whatever else we farmers feel about politics, our views on Europe should be expressed in the ballot box, particularly when it has such a huge influence on our industry.

That is why I am angry with myself, but let’s face it there wasn’t many candidates making their presence felt in this area. I will not make the same mistake in September.

I have been busy, often as not on the sprayer when the b….. thing is working properly.

We have had some nightmare repair bills recently, leading me to question the wisdom of owning an ageing self-propelled sprayer.

It has been even more frustrating recently trying to get the flag-leaf spray on wheat in a showery week.

I read that “a reasonably good application of the right product at precisely the right time produces far better results than a perfect job a week later”.

A comment like that focuses the mind, if not the fettle, but I have managed to get them done within two or three days of the ideal, but it is a wee bit stressful when you can’t rely on your equipment.