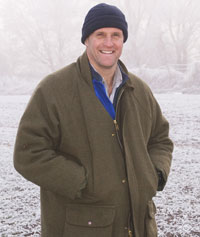 The big news is that our breeding ewes have gone, and with only the barren ewes and a few hoggs left to sell, we are getting out of sheep. Now watch the profitability of sheep soar.

There are no regrets. Sheep farming was never one of my or my brother’s favourite occupations, and trying to do fewer things better is something most advisers would approve of.

The 2007 crop of heifers is finally getting to market, with pleasing prices. Since being housed, these cattle have transformed. Before then they looked plain and we were asking serious questions about the quality of our cows. It just goes to show what good feeding can do.

In case you think you are reading a contribution from the livestock section, I’m writing this on the evening that MEPs voted to ban some pesticides.

I am outraged by their decision. Much has and will be written by both sides on this subject. But, from my perspective, we are in serious jeopardy of ruining farming in Scotland.

One noted scientist suggested we could suffer yield losses of 10-50% in cereals alone, depending on the year. We know yield varies from year to year, but having this amplified by the withdrawal of these chemicals, coupled with massive price volatility, raises the risks of farming to a level my business cannot afford to take.

Richard Lochhead, cabinet secretary for Rural Affairs in Scotland, was keen to see a monitor farm and visited us before Christmas. He had just read that for every £1 spent supporting the monitor farm project, £6.50 was returned to the industry.

Despite my scepticism over devolution, I believe we’re lucky in Scotland that our government officials, whatever their political colour, seem to understand how important agriculture is to the economy. I was impressed with his knowledge of his subject.