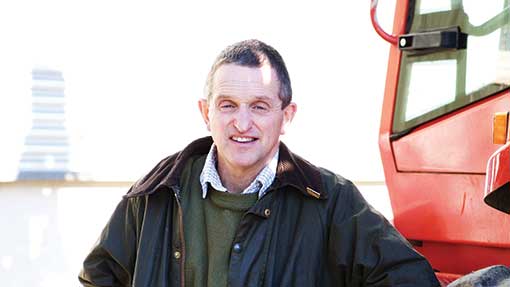 Congratulations to one of our tractor drivers, Ian Painter, and his wife Helen, on the birth of their son Ted. I think he will be indoctrinated into farming at an early age, as Ian seemed keen on the model tractors at Lamma this year.

A decision has been made on our choice of sprayer and a four-year-old, all-singing, all-dancing Bateman RB35 now sits in the tractor shed awaiting some dry weather. I did come very close to going down the trailed route, but a well-looked-after Bateman, whose history I know, made more sense in the end.

While on the subject of machinery and Lamma, the shorter journey to Peterborough was much appreciated, as was the larger site and layout of the exhibitors. We had a 20-minute crawl from the A1M to the site, but at 8.30 in the morning and with the numbers attending, it was only to be expected.

So, the move gets our vote, despite the sea of mud that surrounded some of the exhibits. One thing that struck me is that after having banged on about Isobus back in the autumn and how it could not pass the compatibility test, I now don’t think it matters.

A number of the implement manufacturers seem to be adopting the tablet computer as their control box, which kind of makes Isobus redundant. All we actually need now is a wireless connection with the tractor and we are sorted. Oh, I gather someone has already thought of that one.

Back home, 12 months on and a hundred odd hectares have once again become part of the Thames. Rainfall for December and January was 284mm compared with the five-year average of 144mm. We must, however, be thankful that although the crops have again suffered, we still have dry homes to go back to at the end of the day.

We are fortunate compared with the hundreds of people who have been devastated by the floods. Fear not though, because help is at hand. Wherever the minister goes, pumps miraculously appear.

More from all our Arable Farmer Focus writers