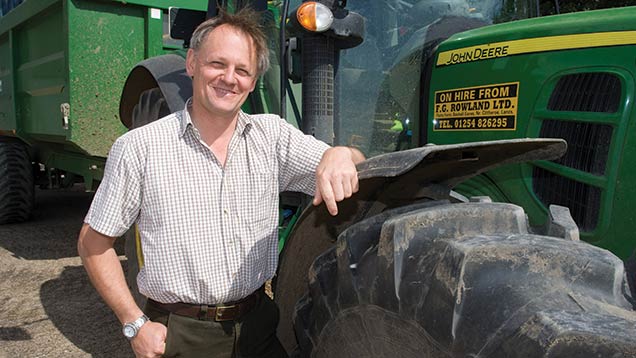 The campers at our most recent festival seem to have thoroughly enjoyed themselves. The bright sunshine and temperatures in excess of 24C on all three days led to beer, ice cream and suncream sales being almost as good as the atmosphere.

Thankfully the annual rethink of the site layout seemed to do the trick in terms of keeping the noise away from the village. I am certain the slight northerly breeze played its part as well.

If the locals do not agree, I will no doubt hear from the fun police, more formally known as the local authority environmental health officers.

They were out in force well into the evening to ensure the licence conditions were met and I was taking their warning letter threatening me with a £20,000 fine and up to six months in prison seriously. Or maybe they just wanted a night out on overtime.

The friendly warning also served to remind me that the licence can easily be revoked. Such a letter really is something to sharpen the mind and ensure the rules are followed. I suppose it is all rather like the cross-compliance booklet.

Thanks to the 60mm of rain at the end of July, we did not quite get all of the winter barley and oilseed rape cut in that month. It took until 3 August to get that lot finished, at which point we managed to move straight into the wheat.

As with many others I have spoken to, winter barley yields were well above average and a big surprise, especially considering the season.

Oilseed rape, on the other hand, was fairly average, only serving to reinforce the decision to cease oilseed rape growing for the time being, despite having a neonicotinoid derogation in this county.

Remembering the year that it took three weeks to combine the last 20ha, I will only say I hope we have finished cereal harvest by the time you read this.

Having experienced abysmal August weather, combine burnouts and drier fires in the past, I have eventually learned to be a little cautious on forecasting completion dates.

Recent rains have been a real lifesaver for sugar beet and maize, both of which look good.