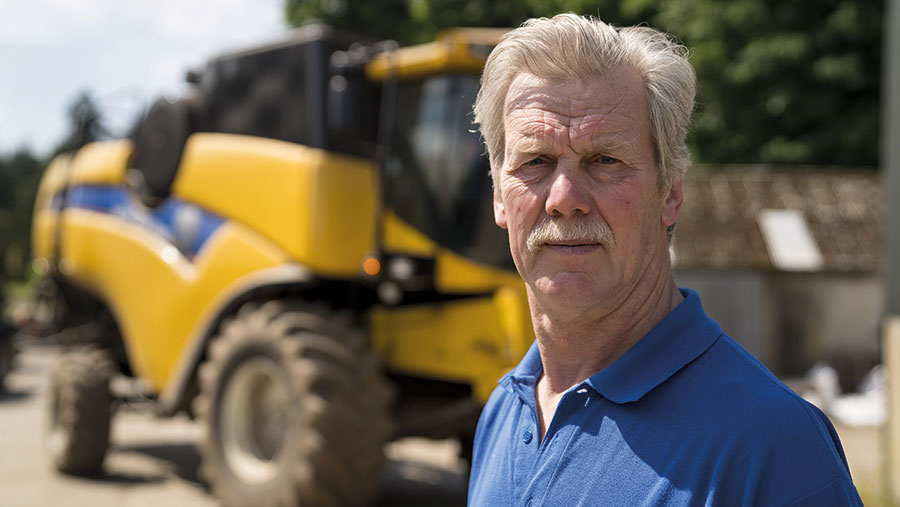 Normally at this time of year I would be reflecting on the Cereals event – and possibly even recovering!

However, as useful as webinars may be, they are not the same as attending the event in person, meeting friends and spending time viewing crop plots and machinery that I probably can’t afford!

I contented myself by walking around my own crops and, for the most part, was reasonably satisfied – but then I had nothing to compare them with!

See also: 5 farmers outline their variety choices for this autumn

However, despite a wet winter and cold, late spring I am cautiously optimistic. Most of the barley and wheat crops have caught up lost growth and have low disease levels, so I feel they have potential.

Oats are looking very well, while OSR is OK but patchy in places. It really doesn’t like wet weather during the establishment stage.

We have had an unusually dry spring here in the North West, so much so that our potato growers have been busy irrigating, so no doubt there will be plenty of rain in a few days’ time!

The south of the province has been very dry, which has damaged cereal crops, while here in the north we have just about got away with it.

Isolation isn’t so bad for farmers but I am beginning to miss some social contact with others. Always good to walk around other crops, discuss management and have a bit of banter.

Virtual meetings and webinars have taken over this year and will probably be used a lot more in future. Many of us have spent a lot of time and money driving to various meetings which, in most cases, could be conducted perfectly well from our own offices. Maybe this will become the new norm.

I see the Ulster Farmers Union has resorted to a “drive in” to conduct its AGM. Given the move towards meetings online, I find this a very strange decision, particularly as it is being planned for late July when most cereal producers could well be busy harvesting winter barley and so unable to attend.

Why either postal voting or online voting is apparently not being allowed I find hard to understand, particularly given our current unprecedented circumstances.