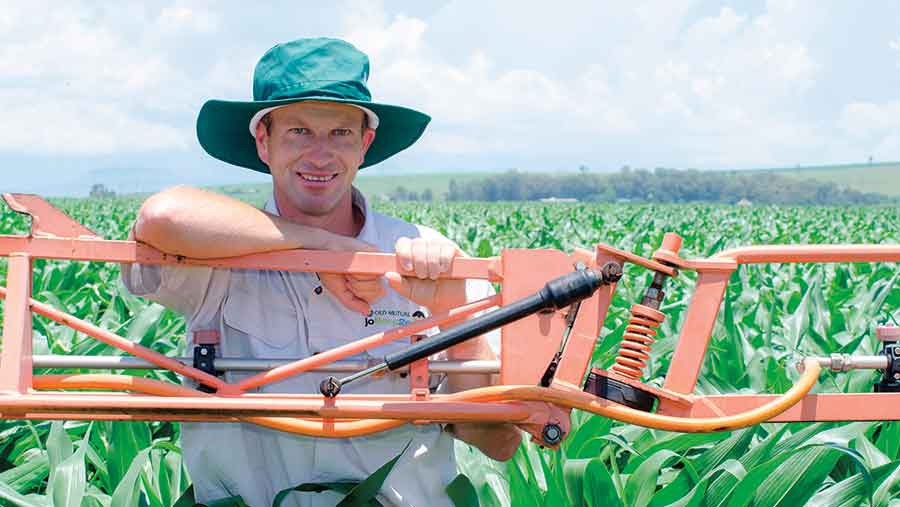 The fall armyworm, less commonly known as Spodoptera frugiperda, was first detected on the African continent in Nigeria last January. One year on and it has made the 3,700-mile journey to us in KwaZulu-Natal, South Africa.

It is not known exactly how this pest arrived in Africa, but it is suspected it was inadvertently introduced via ship or aeroplane from the Americas.

While its point of entry is unknown, its devastation to crops in western Africa was very quickly observed. A few months ago it reached Malawi in Zambia and then Zimbabwe, with devastating consequences.

It is estimated that Zambia has lost 40% of its maize crop to this pest. This is particularly devastating as maize is a staple food across much of Africa.

This pest is difficult to control for several reasons. While the worm loves young maize, it will eat almost anything green. It has a very quick life cycle – 30 days in warm climates.

The moths are strong fliers that can cover large distances and the larvae are resistant to the older insecticide groups. They bore themselves into the maize plant, plugging their entry hole with faeces and plant gum, making it almost impossible for an insecticide to reach them.

In South Africa, we are not totally unaccustomed to armyworm invasions. The African armyworm has attacked from time to time, usually after prolonged droughts.

I can remember my father battling an attack in the 1980s. I don’t know if it is just coincidence, but this new armyworm invasion also arrived after a prolonged drought.

In my district so far the pest has only been observed in younger maize plants. My maize is older and few weeks from physiological maturity.

I have sprayed all my maize and soya crops with a later-generation insecticide to control other worm species. I am hoping it will also hold off the armyworms.

The African armyworm seems to come and then go for several decades. I am hoping this fall armyworm invasion will just be a one-off event.