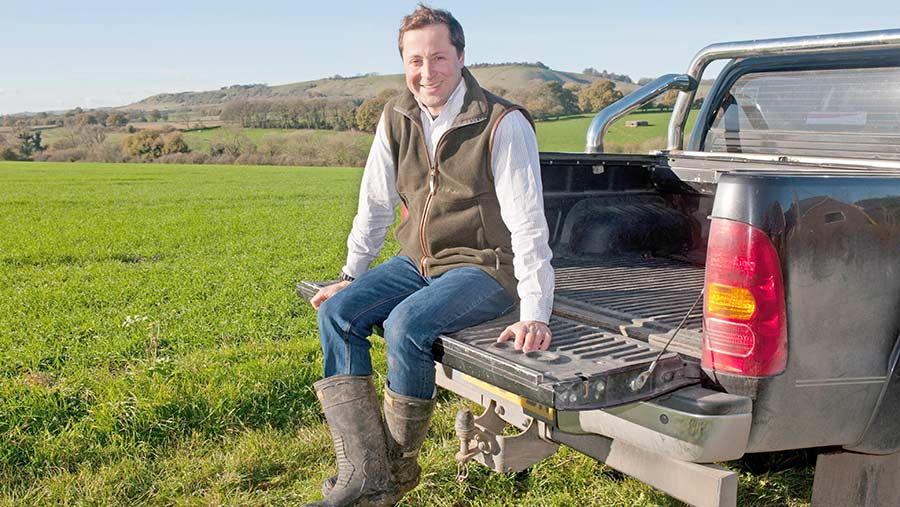 The biggest issue right now is around continued dry weather and what that is doing to yield potentials.

We have undertaken more systematic blackgrass profiling this year, which shows a mixed story – fields targeted with tailored intensive control programmes are pleasingly clean, but other fields deemed lower risk are messier.

I suspect last summer’s drought is involved, which encouraged us to make hay instead of silage (giving blackgrass time to head) combined with rushed seed-bed management after the final cut.

Lessons learned and hopefully not repeated. A professional rogueing team is booked to tidy up the majority of clean fields we still have.

I can’t remember a comparable period when UK agriculture has been buffeted by such a disheartening run of critical news stories.

Topical issues such as climate change and biodiversity loss have no end of ‘farmsplainers’ quick to collar agriculture as being villain number one.

Often unrepresentative global average figures and unreasonable timelines are used as a stick to beat us with.

Take climate change – UK agriculture’s contribution to greenhouse gas emissions is 10%, but energy supply and transport sectors account for more than 50%, and yet changes to farming and diets are still promoted as the primary way to reduce carbon footprints.

I would suggest firstly looking up to the aeroplane-filled skies for solutions!

The UK’s biodiversity status is also much more stable than charitably funded conservationists would have you believe.

I will be looking hard at these attractive alternatives to our Italian rye grass leys.