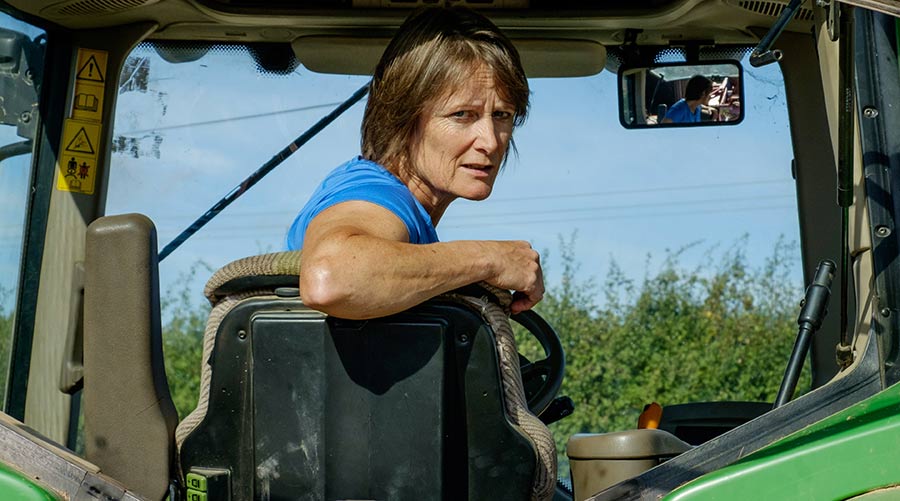 Harvest continues with yields above budget, but quality has been a bit mixed. We had a go with some white wheat for a local miller to make a golden wholemeal flour.

Sadly, the protein was dire, it has gone for dog food. There goes the £20/t premium.

Crusoe is a variety that we will call time on too, with low brown rust resistance and this year failing on protein. Zyatt and Skyfall will be our mainstay varieties now.

The Explorer spring barley was on a block 10 miles from base, so we called in three very able drivers to snatch that one Sunday. That too fortunately has the required quality and will go for Budweiser.

Rye has a place in a second straw slot for us and although we rather neglected it and combined our class one wheats first, we seem to have kept hold of Hagberg by the skin of our teeth.

I stayed out of the combine cab when Hew was cutting the leaning rye. Let’s just say his faithful black lab Finn probably learned some new words.

Winter beans out-yielded spring beans and will show a decent gross margin, but the star crop money-wise will be borage.

Having been warned that harvesting it would be like feeding a ripe cow pat into the new pick-up header, we waited for a hot sunny day for maximum dryness of the swath.

Thanks to good support from our dealer P Tuckwell, Hew got our John Deere T670 winding it in nicely.

We’d been warned not leave it in the trailer overnight, and I can see why. After just a few hours, a thermometer plunged into the crop revealed an eye-popping 40C.

It was reluctant to leave the trailer. As I tipped the trailer and opened the tailgate, it moved at the speed of cold treacle.

Our last crop to harvest will be millet and it’s looking like it will be my job to combine it while Hew is watching rugby in Japan. That dealer I praised, he’s promised me a combine refresher training course.