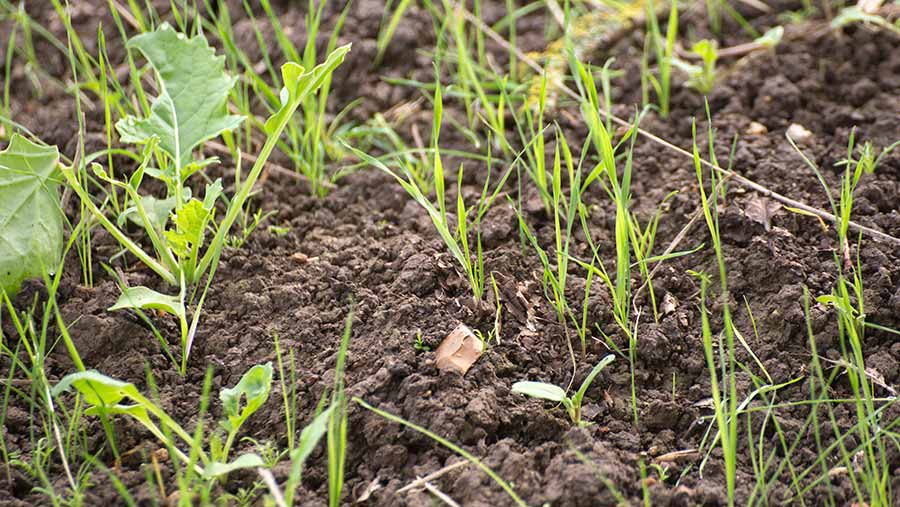 Edward Vipond has made radical changes to his cropping system in his ruthless quest to reduce blackgrass numbers by slashing the seed return.

The weed has become a real headache for Mr Vipond, who manages nearly 1,500ha across a full spectrum of soil types ranging from light Breckland soil to heavy clay.

However, it’s on the heavier land where blackgrass is particularly prevalent.

He points to the latest block of land, which the farm acquired in 2015 and which had plenty of blackgrass.

He subsequently grew forage rye with the aim of silaging it for anaerobic digestion to take any blackgrass seed off with it.

However, the seedbank was so huge that in the following crop of oilseed rape, there was still lots of the weed.

“We gave it the works with Kerb (propyzamide), Centurion Max (clethodim) etc, and it didn’t really work,” he says.

“We were still multiplying [blackgrass] seed and the problem was getting worse despite the heavy use of chemistry.” 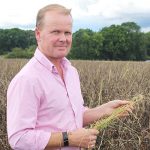 Wheat followed the oilseed rape and last year, as the weed population was so vast, he finally gave in and for the first time sprayed off 2ha within a 27ha field.

“This was the tipping point,” he says. “I have about 20 harvests left and I want to see a real improvement. So what can I do to tackle the problem?”

One glimmer of hope was that the benefits of spraying off the wheat was noticeable in the following bean crop.

“You could see the spray line and we saw a big improvement. This proved that we had to be much more ruthless.”

Last year he saw success in his wheat by taking a robust approach and he now knows what he needs to do.

His starting point is not to plough because of his concerns over bringing up old seed, as demonstrated in one field this year that was cultivated after sugar beet spurred on by the open autumn.

“The land was ploughed and pressed which was a mistake as it brought up more seed,” he says. It resulted in a carpet of blackgrass.”

Instead, he takes a min-till approach, drilling with a Vaderstad Rapid drill. The plough is used only where necessary.

Cultivation strategy depends on land type, heavier land is cultivated with a Sumo Quattro, left to dry a little then cultivated further with a Rexius Twin.

This gives a 75% seed-bed effect which is left to weather and, hopefully, germinate blackgrass. Lighter land usually only takes one pass with the Quattro.

Another key part of his strategy is a robust autumn herbicide programme, which proved successful last year. “We need a really robust and ruthless stack.”

Another part of his strategy is to delay drilling. Last year, he started drilling in mid-October, a month later than the previous year.

“I’m not happy doing it [delayed drilling] on the heavy land, but it is a must and, hopefully, we will get two stale seed beds.”

He isn’t afraid to raise his seed rates to achieve the target ear count of 650-700 ears/sq m. Seed rates start at 350 seeds/sq m in the first week of October and he nudges it up by 25/sq m each week.

He is also prepared to leave it for a spring crop if he doesn’t achieve a good flush of blackgrass prior to drilling.

Looking ahead, he admits the one key challenge is deciding when to spray off blocks. “I have about a dozen areas that suffer with blackgrass and it’s knowing when to pull the plug.

“You have to put the pre-emergences on, then you have until Christmas to decide, before you spend any money on fungicides.”

In conclusion, Mr Vipond believes he has already made progress, although recognises he needs to get even more control to 96%.

“We still have got blackgrass, but it is much better and the population is lower.”

By following this more ruthless approach, he hopes to make real inroads within his next 20 harvests. 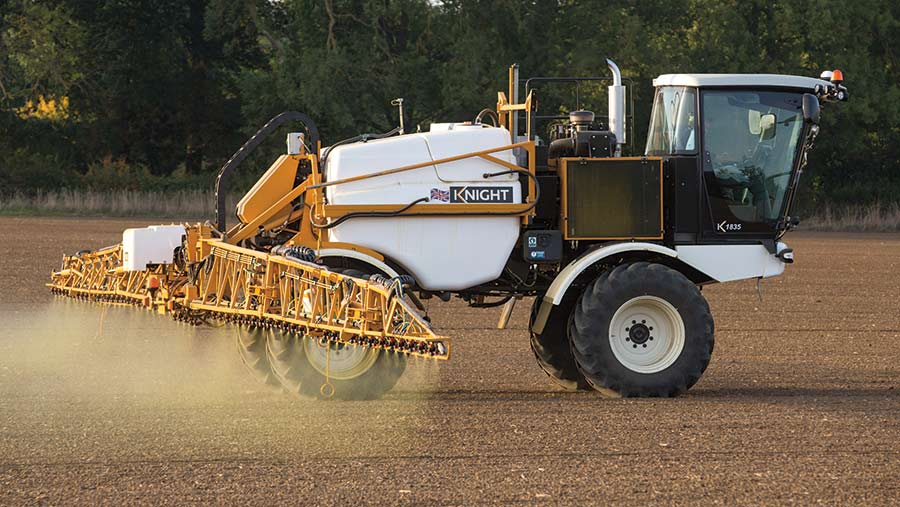 A trial carried out last season shows the value of a robust pre-emergence herbicide strategy, especially with delayed drilling.

There is a huge amount of data comparing different herbicides, but there are few trials looking at the interaction of agronomy with product choice.

To help plug this knowledge gap, Basf carried out a trial last autumn looking at three key factors: drilling date, level of pre-emergence input, and the value of a post-emergence spray.

However, his colleague Philippa Overson points out that this is high risk. “This puts pressure on getting back on with post-emergence sprays.”

She concludes that the best approach is with a good robust pre-emergence stack/sequence combined with delayed drilling.

The trial is being expanded this autumn to three sites and will also look at ryegrass.