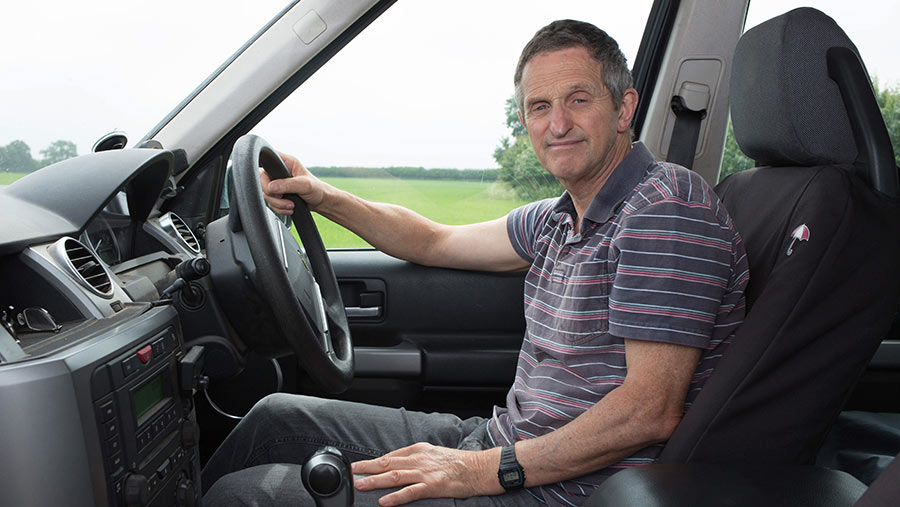 First, I would like to extend the farm’s grateful thanks to Phil Dyer, who after many years of service retires at the end of this month.

He will still live on the estate and stay involved with his vintage machinery at ploughing matches and shows far and wide.

He will no doubt still accompany us to events like Cereals and Lamma, and be there when we need to know about that long-forgotten water pipe.

Talking of Cereals, we all went on the first day which – despite the smaller, more compact area – did seem less busy.

Drought comes to all

Perhaps it would have been the better of the two days to stay at home and get some spraying done.

My overall opinion has not changed much, and we will only attend every other year as it comes south.

I did, however, pick up some useful information as I look for alternative solutions to my precision farming needs in terms of data management, analysis, variable map creation and planning.

There is now a lot more choice out there and the uncertain future means costs have to be even more carefully scrutinised.

I have had cause to travel around the country lately, even venturing north of Watford Gap!

It seems that the dreaded drought is affecting more than just us light land farmers.

It could be a lack of rooting over the winter due to the wet weather, or poor spring conditions, but there is an awful lot more ground resembling our gravel fields – when they die back in a hot June – than there normally is.

Finally, to the gentleman and his wife we met in the car park before the Rolling Stones concert at Twickenham, who reads this magazine, I hope you enjoyed it as much as Liz and I did. They were awesome.