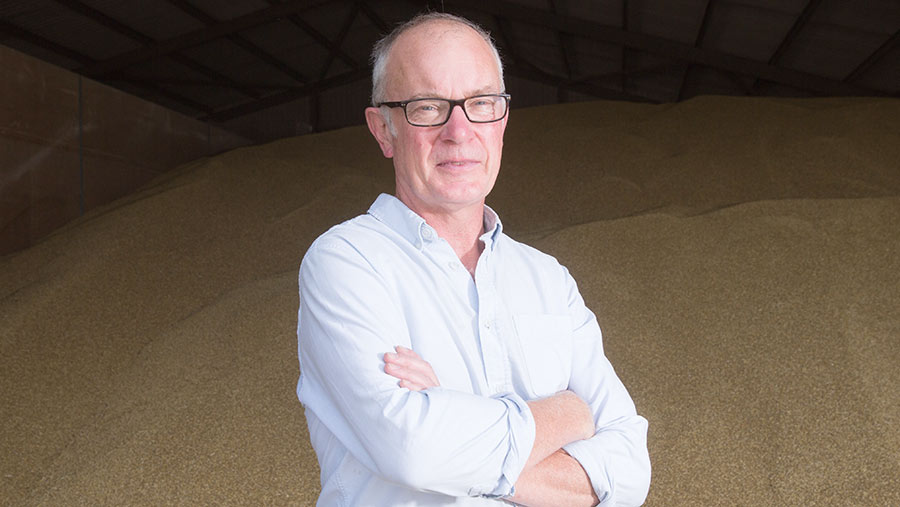 It’s too early to tell how our organic harvest is going to pan out, as at the end of July, we have only done two days of harvesting in winter spelt and winter oats.

Both crops have great organic agronomic plusses, in that they are both wonderful champions of weed management, being it from shading or allelopathy, but less predictable in terms of yield than other crops and our early harvesting foray is bearing that out. More next month.

Talking of weeds, I have been spending some time in the run-up to harvest thinking about the tools we will need before sowing to deal with weeds that slipped through the net last year in terms of rotation, cultivations and hoeing.

Generally, the only ploughing done here is before winter beans. The rest of our crops are established with either a disc or a tine, depending on weed species and soil condition.

Cultivation depth can vary, too, depending on the type of weed we are dealing with.

Grasses and annual broad-leaved weeds usually see the disc and are shallowly cultivated, but any perennials or weeds with a taproot get the tine at a deeper depth.

In the dry East, our worms are deeper in the soil at this time of year and surveys show that by taking a managed approach, we have a healthy population.

Ten days in Italy gave me the time to read Dirt to Soil by Gabe Brown. There are others in a similar vein, but Mr Brown’s book is the most recent.

He is a conventional farmer and it’s interesting to read his criticism of “chemical disturbance”, and about bringing more diversity into the system and integrating animals.

He is not a fan of organic agriculture, but I’m relieved we seem to be doing something right.