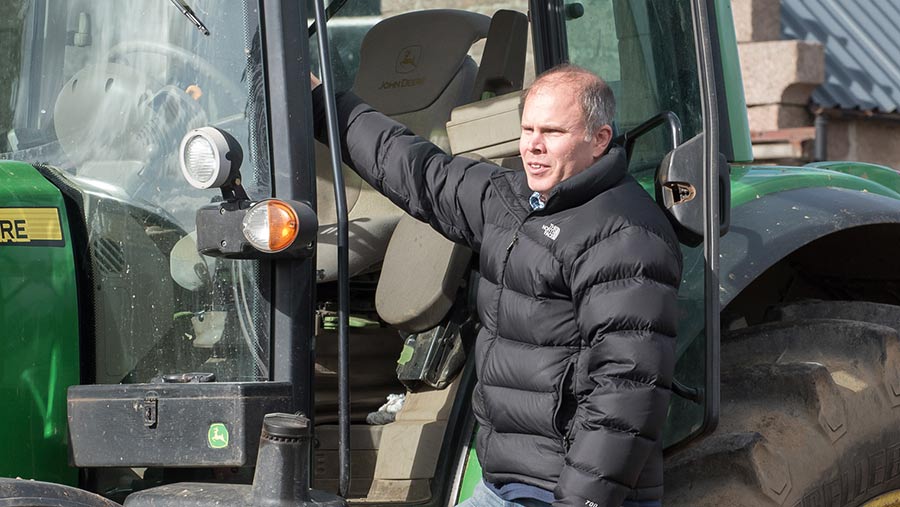 Although it seems like ages since I last wrote, it also feels as though the season has not changed.

With weeks of cool, overcast and unsettled weather, it feels more like the start of spring than early summer, slowing the progress of later-drilled spring barley and also the areas of oilseed rape hit by pigeons and pollen beetle – which are still flowering now some 11 weeks after the earliest flowers were seen.

My sympathies go out to anyone affected by the recent flooding, as I know from experience the damage it can do – not just in the short term, but potentially affecting future years as well.

While we have missed the volume of rain seen further south, the constant showers mean we are back to field capacity, with any wetter areas of spring barley turning yellow.

Ironically, crops are in much better shape than this time last year, when they were affected by drought, but there is not the feel-good factor that the sun and heat brought last year.

Spraying opportunities have been few and far between, and as soon as the spring barley T1 is complete, it will be time to start going around it again.

Savings made on wheat T1 fungicide have been spent on higher fungicide rates at T2 due to the change in weather conditions.

However, on the whole, the winter cereals look well and justify the spend, particularly given the recent increase in prices due to the wet drilling conditions in the US.

This has given an opportunity to make further sales for this season’s crop and some initial sales for the 2020 harvest.

By the time this is printed, we will hopefully have completed silage-making and have the pit covered in time to make a trip to the Royal Highland Show.

Not only is this a great opportunity to see new products, it is also good to meet up with people who, for the rest of the year, are just a voice on the phone.

I just hope the car park is somewhat drier than the one I have seen photos of at Cereals.