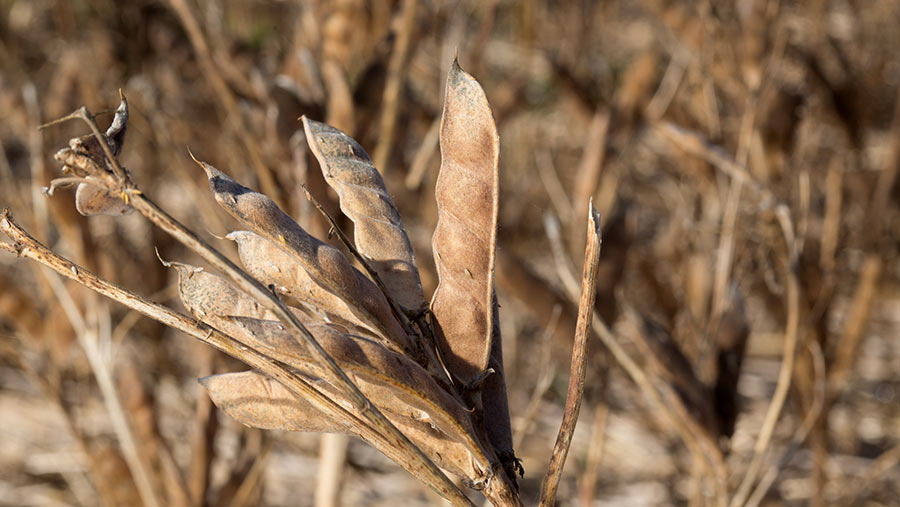 The best decision Staffordshire grower Tim Parton made during his transition to direct drilling was to sell his power harrow after he made the switch to a Claydon strip-till drill in 2010.

With no other option, he had to persevere and make the Claydon work in the very wet conditions of 2012.

“I would have gone back two years otherwise and destroyed everything that I had been trying to do,” he says. 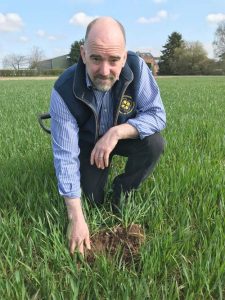 Now, due to his commitment, not only is he successfully direct drilling in the wetter West, but he also has his sights set on moving a step further and transitioning to organic no-till, without sacrificing his yields.

However, his focus on improving soil biology means he has already reduced his nitrogen inputs and doesn’t use insecticides, without affecting his yields.

It also saw him named Soil Farmer of the Year by the Farm Carbon Cutting Toolkit in 2017.

Establishment at Brewood Park Farm, near Wolverhampton, first moved to min-till in the mid-1990s using a Lemken Terradisc and a power harrow drill, with a plough still used within the rotation.

With the farm growing sugar beet, switching away from full tillage speeded up field operations and allowed Mr Parton to lift his beet at the same time as drilling his cereals.

Then in 2010, in an effort to increase soil health further, Mr Parton moved to a Claydon strip-till drill.

“Once I saw the Claydon working, doing in one pass what we were doing in two, it made sense in my head,” he says.

But as time went on, the Claydon became a victim of its own success and started moving too much soil, so he switched to a John Deere 750a in 2015.

Now that he has reached his goal of direct drilling, he grows a wide and varied rotation to keep soil in good condition.

Although oilseed rape is always grown once in six years, the rest of his cropping is flexible and includes winter wheat, spring barley, spring oats and temporary grass for the haylage market.

Spring cropping fits in with his use of cover crops, but he would consider switching to winter crops if the conditions were good in the autumn.

A key part of Mr Parton’s rotation is lupins, which he grows on a seed contract for Soya UK.

“I can always guarantee that I get my best wheat after lupins. I always get an extra 1t/ha.”

With his soils aerated, Mr Parton looked to boost their functionality further by applying Aiva Fertliser’s BioPlus powder, a tea mixture of microbes that can fix nitrogen from the air and solubilise phosphate from the soil, making it more readily available to the plant.

In the first year of using the tea Mr Parton says he was able to cut his applied nitrogen by 40kg/ha, while yielding an extra 1t/ha, but he says this is only possible because his soils are in good condition.

Mr Parton brews his own tea, by placing it in an intermediate bulk container 24 hours before applying it, to keep costs down to £4/ha, although it can be applied direct to the field at a higher rate.

He is achieving an average winter wheat yield of 9-10t/ha, but with only 190k/ha of nitrogen, and without adding any phosphorus or potassium.

Another way he increases and supports the soil biology is by planting a companion crop of burseem clover with his oilseed rape, which is grown once in every six years.

In addition to supporting his population of mycorrhizal fungi, which do not live on brassica species, the clover helps add nitrogen.

“We trialled it for a few years and every time the combine hit that area the yield counter went up by 0.3-0.5t/ha,” he says.

While the burseem clover is carried through to harvest and kept in the following winter wheat crop until it succumbs to frosts, his ultimate aim is to establish a white clover.

This white clover would remain in the crops permanently, keeping the soil covered at all times, continually fixing nitrogen and suppressing weeds.

The clover would allow Mr Parton to stop using herbicides in the autumn, instead he would drill straight into green cover crops.

One of the main obstacles to organic farmers going no-till is the lack of a successful method for destroying cover crops.

However, Mr Parton’s solution is to use a Cambridge roller when its very cold, which sees him rolling at 3am to ensure everything mulches down properly.

By putting his soil biology first, Mr Parton says his drains all run clear, his water infiltration rates are excellent and his soils are spongey, but it also means he can produce crops with less.

“Chemicals are coming to an end, but are still needed. I want to rely on biology in the future, but chemicals are on standby,” he says.

Mr Parton hasn’t used insecticides for four years, yet has no problems with barley yellow dwarf virus and only has a little bit of cabbage stem flea beetle.

“I can’t see the point of insecticides, they are only 40-50% efficient, but they wipe out all the predators.

“Here when you go looking for slugs, you get beetles. Once nature is back doing her role you don’t need them, she was doing a far better job before.”

One input Mr Parton has not yet been able to cut out completely is fungicides, although he tries to reduce his need for them by splitting his nitrogen applications.

“I try and split the nitrogen to keep the balance. Too much nitrogen is antagonistic to other elements.

Mr Parton has grown both white and blue lupins, drilling both in the second week of April.

Blue lupins are grown as an addition to silage mixes for animal feed, but the UK market is limited.

White lupins yield 0.5t/ha higher and are sweeter, going for human consumption. However, they require a set number of days sunshine in August and cannot be harvested until the end of September, making them risky.

In comparison, blue ones will yield around 1t/ha and can be harvested at the end of August or first week in September.

Rather than growing them for profit, lupins are grown entirely for their benefit to Mr Parton’s soil structure and following wheat yield.

“You have to become a farmer again and think long term, accepting one year of not massive returns for the overall benefit,” he says.