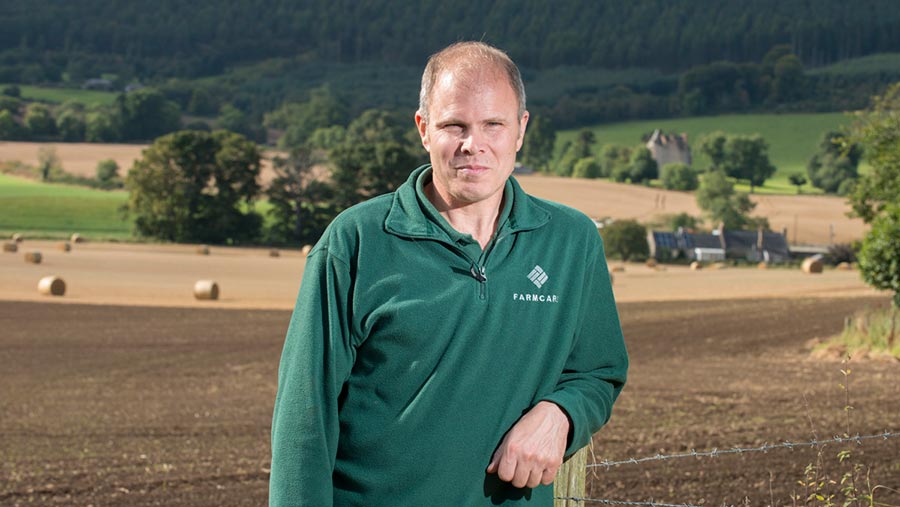 What a year of extremes 2016 has been. January was the wettest month I have ever recorded, with 270mm of rain – most of it in the first 10 days.

The wet theme continued for the next seven months, with the notable exception of May, which fortunately was dry and warm.

This allowed the last of our main crop, spring barley, to be drilled and to quickly catch up with the fields drilled a month earlier.

When harvest started it looked as if the catchy weather we had become used to would continue.

However, the weather pattern in the north-east of Scotland quickly changed and we enjoyed a more settled harvest than we have had for 10 years, with the lowest September rainfall I have recorded, at only 21mm.

While crops were on the whole fairly average – other than oilseed rape ,which was universally poor – the fine conditions made the whole job much more enjoyable and easier on both staff and machines.

For the first time in many years we cut all of our crop with one combine, which allowed drilling to continue without pulling away staff and tractors to run a second machine.

Drilling was actually finished before harvest was done.

Seeing the well-established crops emerge and grow this autumn has certainly been a highlight, with warm, dry soils allowing rapid and even germination and early growth.

This should set things up with a better yield potential for the next harvest.

There is, however, a lot of weather to come between now and then, and as I write this, the weather has broken, with more rain falling in the past three days than in the previous two months.

We did need a bit of rain, as some bits of oilseed rape in particular were showing signs of drought stress, but I hope it knows when to stop.

As the fallout of Brexit continues, we are at least benefiting from a rise in grain prices due to the exchange rate.

However, I can imagine this will also be a reason given for increases in machinery prices for any replacements due next year.

Robert Drysdale is farm manager at Farmcare’s 1,610ha business in Aberdeenshire, growing winter and spring barley, wheat and oilseed rape across four contract farming agreements to the south of Inverurie. The farm has 130 beef cows on land less suitable for crop production, finishing most calves on farm.