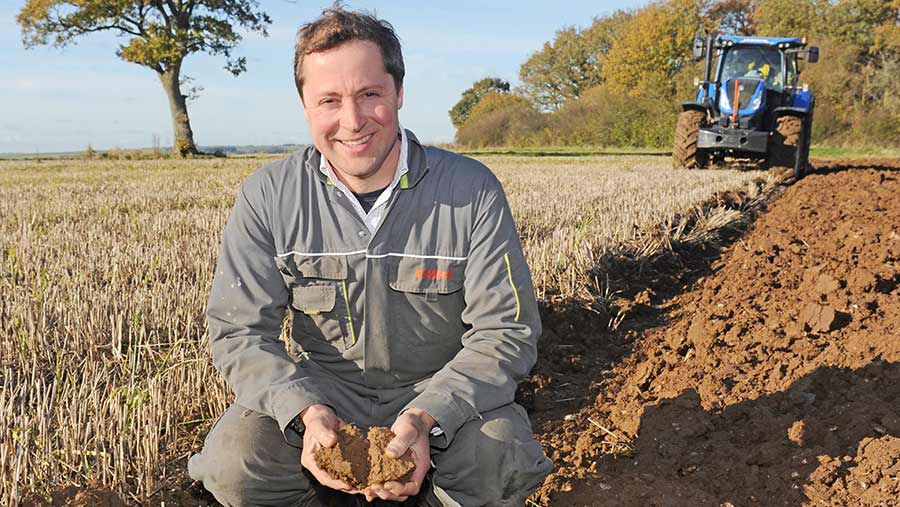 As farmers we are sometimes over-defensive of our own particular production systems and blinkered as to the flaws.

On my own farm I enthusiastically believe a mixed farming system brings benefits by broadening crop rotations and boosting soil organic matter on our lighter soils, but I tend to overlook that added complexity equals additional costs.

My way of farming is also totally unsuited as a universal blueprint for roll-out across the whole UK.

In a similar vein I’m concerned that ‘direct drilling’ systems are being pushed by some converts as a universal cure-all for arable farming’s woes.

I appreciate how minimalised soil disturbance and ground cover brings benefits for soil biology and how direct drilling reduces establishment costs, but it is important to recognise this farming system also has drawbacks and higher yields are not guaranteed.

A key benefit of direct drilling is in retaining soil moisture in drier seasons, but conversely in wetter times slugs can run riot and ground compaction may need to be tackled.

Cover crops, often integral to direct drilling systems, may bring potential wildlife benefits, but can also act as a green bridge for crop diseases, blur the rotational benefits of break crops and can be expensive to establish.

Some of the cleanest farms in my neighbourhood are those still ploughing all their seed-beds.

Perhaps direct drilling’s biggest Achilles heel is a total reliance on glyphosate for cover-crop destruction and grass weed control and regrettably the daily onslaught of bad news headlines suggest that this ‘king of actives’ has a time-limited future.

Perhaps we all need to be less evangelical about our farming methods and co-operate more to merge the best parts of all our diverse systems to develop a more resilient, centre-ground paradigm.

For farmers thinking about making the radical jump to a solo direct drilling future, I would urge caution – a direct drill purchase now could soon transmute into an expensive pile of scrap metal.