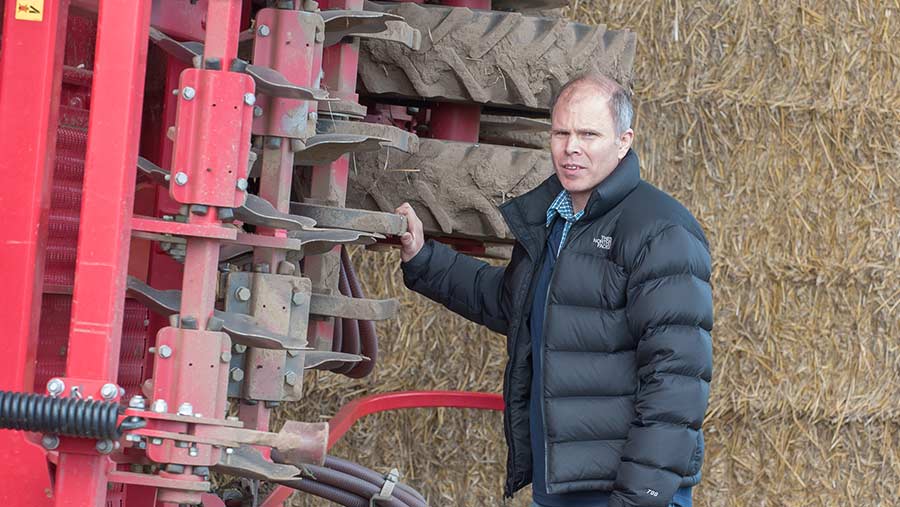 Unusually, we are still missing the shockingly wet weather that continues to hit other parts of the country.

This January’s rainfall was the lowest we’ve had in more than 20 years, letting the soil dry out and allowing ploughing to carry on virtually every day.

This has let us get caught up, and should allow some weathering to make seed-bed preparation easier.

Things have improved so much, in fact, that when the digger goes to the points I had pegged in December as needing drain repairs, there is now no water and, in some cases, not even a drain.

The weather has been mild as well as dry, which has allowed growth to continue, and winter crops are unusually green for the time of year.

If it carries on like this, nitrogen applications will likely start earlier than normal, soon after the NVZ period ends on 20 February.

A crystal ball will be needed to decide if a small amount should be applied in case winter comes, or a bit more in case spring is early and we are drilling barley by mid-March.

I have been asked to speak at an agri-tech event, being held locally, about the use of technology within our farming system.

My initial thoughts went straight to electronics, GPS, variable-rate application and so on, but it occurred to me that what you regard as technology depends on your starting point.

Fifty years ago, tractor cabs, four-wheel drive and electronic linkage would be regarded as technology, but these are now basics.

We use technology in many areas, and some of these practices, such as variable-rate lime application, I now consider standard practice.

I am moving towards variable seed rates and I feel this will have a bigger effect than the variable-rate nitrogen we have used on and off for some years now.

The key thing to ask with any new technology is whether it increases profit, or at least makes a job easier or safer.

Often it may not in the short term, due to time spent learning or refining the system, but hopefully taking a long-term approach means that over time there will be a benefit.