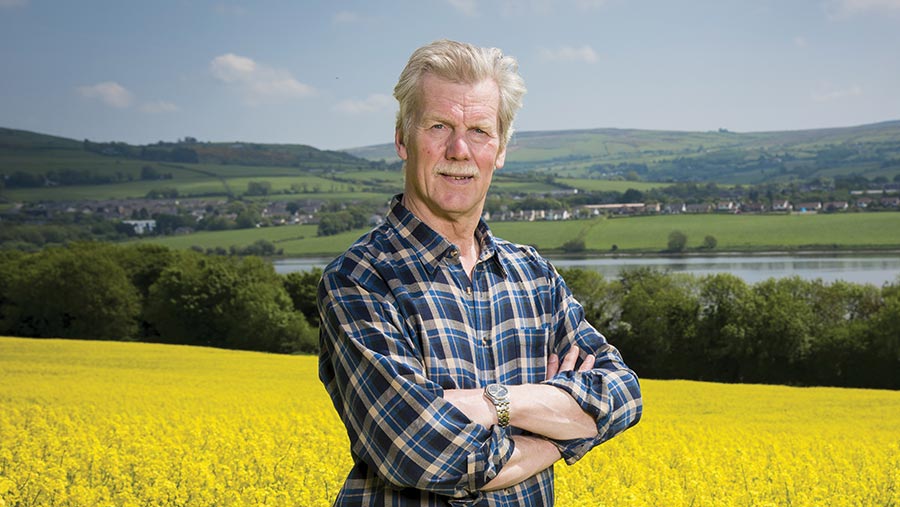 What a strange climate we live and try to farm in. In previous pieces this year I was concerned about drought.

Cereals were standing still and potato farmers were irrigating. I predicted we would soon have plenty of rain – and, unfortunately, I was right.

So far, July has produced 115mm, with another two days to go and a bad forecast. It’s supposed to be summer. It’s so frustrating, as everything is ready to go, so we now need the weather to settle.

Half my winter barley is ready to cut, with the other half about a week behind it. Oats and wheat are in a race as to which will be ready first, but I think the oats will win. I hope so, as I see the odd patch starting to lean over.

I am not making any predictions, as I am invariably wrong, and end up being either surprised or disappointed.

Some who have managed to get started seem to be achieving acceptable grain yields, but with lower yields of straw, which is a valuable addition in this part of the country.

Thinking ahead to harvest next year, I wonder what challenges we will all face outside the EU. I guess much depends on “deal or no deal”, how a UK food production policy is developed and how trading is affected as a result. I still hope for a policy that supports maximum sustainable production within our own country.

As I plan for next year, I feel there is little I can currently do other than continue to keep my costs under control and farm as efficiently as I can. I rather suspect that whatever the outcome, we will have a bumpy few years ahead.

The Ulster Farmers Union recently held their AGM, which had been delayed due to the Covid-19 situation. This was a combination of “drive-in” and “virtual” attendance. Thankfully, they managed to get online voting organised, which is a positive first, and seemed to work very well. Maybe this is the future.

I wish the new president and his deputies the very best of luck dealing with the inevitable challenges over the next couple of years. Stay safe, everyone.