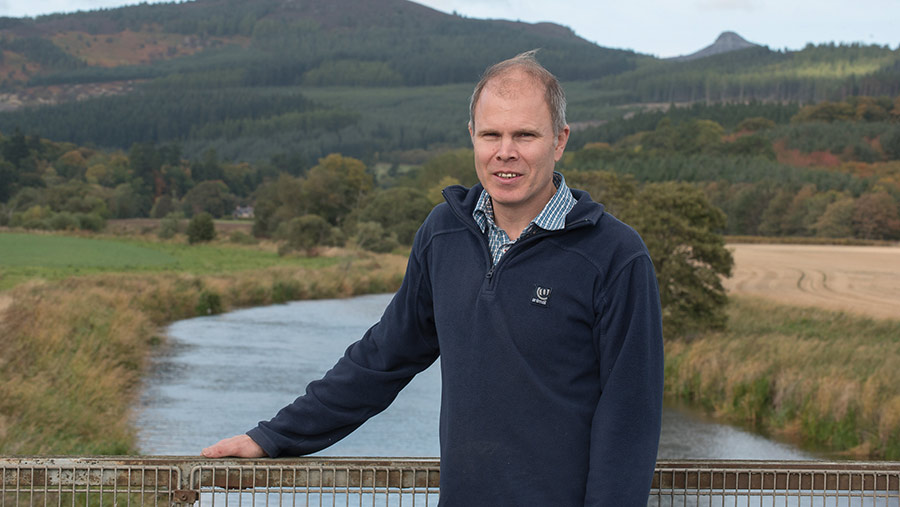 Harvest was completed on 20 September, with spring barley and wheat performing much better than expected, benefitting from drier than average conditions, but with sufficient moisture and sunshine at the crucial flowering and grain fill periods.

There is no doubt that newer malting barley varieties such as Laureate and Diablo are a big step forward in yield potential, but they do seem less robust in other respects.

We were fortunate and got all our crop away for malting, although some loads had a pound or two per tonne deducted for skinning.

A bigger concern is germination test results, where out of a bulk of several hundred tonnes, we might see nine samples of 98-100% germination, and one below spec at 94-96%.

As long as the sample at intake is 98% there is no issue, but there were many reports this year of lorries being returned to farm for an unexpectedly low germination result.

Similar issues reported last year don’t seem to have given a problem with the malting or distilling process, so perhaps it is time to review the current sampling and allowances system to ensure the continued success of the distilling supply chain.

I was pleased at the end of September to have all the wheat following oilseed rape drilled into good conditions.  However, after four days, October was the wettest month of the year, including 78mm in 24 hours.

Not only did this lead to flooding, with the River Don depositing bales and trees onto some fields, but also waterlogging of some newly sown wheat. This is now resulting in patchy emergence and likely to result in the seed rotting out in some areas.

It is disappointing to see next year’s harvest compromised when the seed is only just in the ground.

It appears that agri-tech is not the only area to suffer from compatibility issues.

After the fiasco of getting the fibre broadband cable up to the farm, the BT and Openreach systems have failed to update each other and arrange to get a connection into the house.

The solution is apparently that they have cancelled my order and will supposedly create a new one.  This sounds very like “switch it off and on again”.